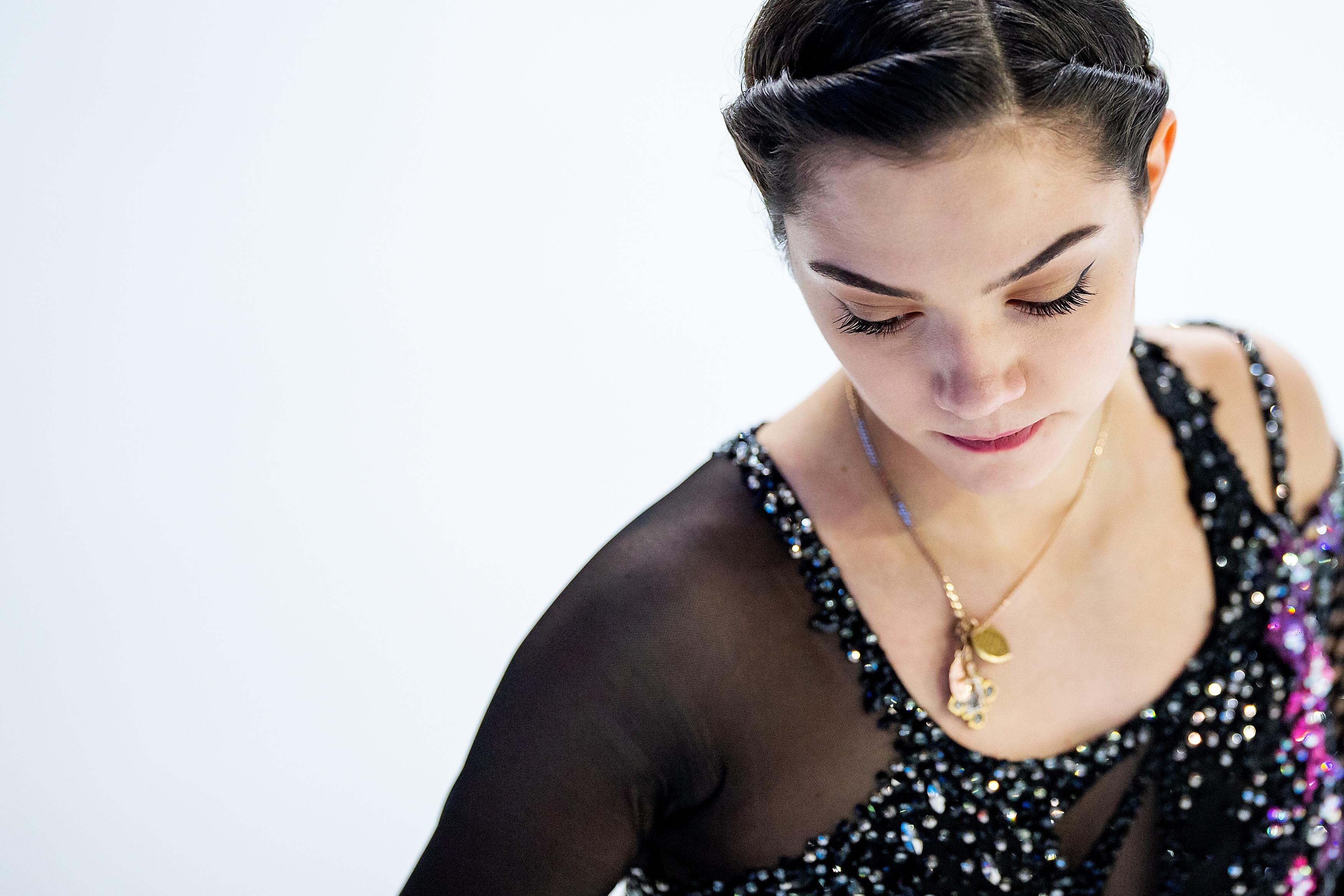 Russia’s Evgenia Medvedeva is only 19 years old, but her career already is a story good enough for two skaters. Instant success at the senior level and two ISU World Figure Skating titles were followed by injury, disappointment, a hotly discussed move to Canada and a difficult post-Olympic year. Evgenia ended the season with a personal victory by returning on to the ISU World Figure Skating podium in Saitama, Japan, in March 2019 which gave her confidence for the future. For her, the most important conclusion of the season was “that I am not alone. I have people with me that don't let me give up.”

Following the season, the Olympic silver medalist took part in tours in Canada and Japan and got two new programs. Her Short Program is set to “Exogenesis Symphony” by Muse and choreographed by Ilia Averbukh, while the Free Skating is to “Memoirs of a Geisha” by John Williams and choreographed by Shae-Lynn Bourne. Both pieces were Evgenia’s choice. “We did an amazing job together, with Ilia and with Shae-Lynn. I went to America for mounting the free skating for one week. It was about seven to eight hours work on the program per day, three (hours) with Shae-Lynn one-to-one and then I continued to work a lot individually on the floor and on the ice,” Evgenia said. “I am incredibly happy with my choice of music, Muse and Memoirs of a Geisha, I wanted them for a very long time. Especially Memoirs of a Geisha for a long time I felt I was not grown up enough yet and can't bring across the character very well. Now I am at an age and in a state of soul that I can bring across what I want to show the spectators,” the Muscovite explained. “I think this [Memoirs of a Geisha] is a story that needs to be told. I first heard the music, then I watched the movie, I fell in love with it, I watched it again, started to read the book and I continuously listen to the soundtrack. No matter how much I listen to it, I don't get fed up with it and when I don't get fed up with the music it means it is my music, absolutely. It is a very strong, energetically amazing music,” she continued.

Recently Evgenia returned to her training base in Toronto, where she works with coaches Brian Orser and Tracy Wilson. “The season’s preparation is very active. This off season is the first for me to skate without vacation, without a beach so to say. I was afraid that something won't go right, that it will be too much stress for the organism, but there is nothing like that. I am very pleased that we changed the tactics and that we start the season without vacation. For me, personally and for my body this had a very good impact,” she shared.

The two-time ISU World Champion is now gearing up for the season and feels ready for new challenges. “The inner condition has changed, I am feeling now much calmer and more confident. We're working on new elements, we're breaking in the new programs, think about new costumes. Everything is being done and is in the process,” Mevedeva said. She has recovered from her injuries. “At the World Championship I had a quite serious injury that needed a long time to heal, but it healed two times faster than it could be expected. I was given a recovery time of four months off the ice minimum, but eventually it all healed in a bit less than two months. My body is recovering very quickly. Now I have new energy and everything is fine with me,” Evgenia noted.

Change has been the key word for Medvedeva, who has gone through tough times. The Russian star looked like a lock for Olympic gold at the start of the 2017/18 Olympic season, she had been so dominant in the two seasons leading up to the Games. However, injury struck in fall 2017 and while the two-time European Champion was recovering from a stress fracture in her right foot, her teammate Alina Zagitova, trained by the same coaching team, rose to prominence and eventually edged Evgenia for Olympic gold in PyeongChang. 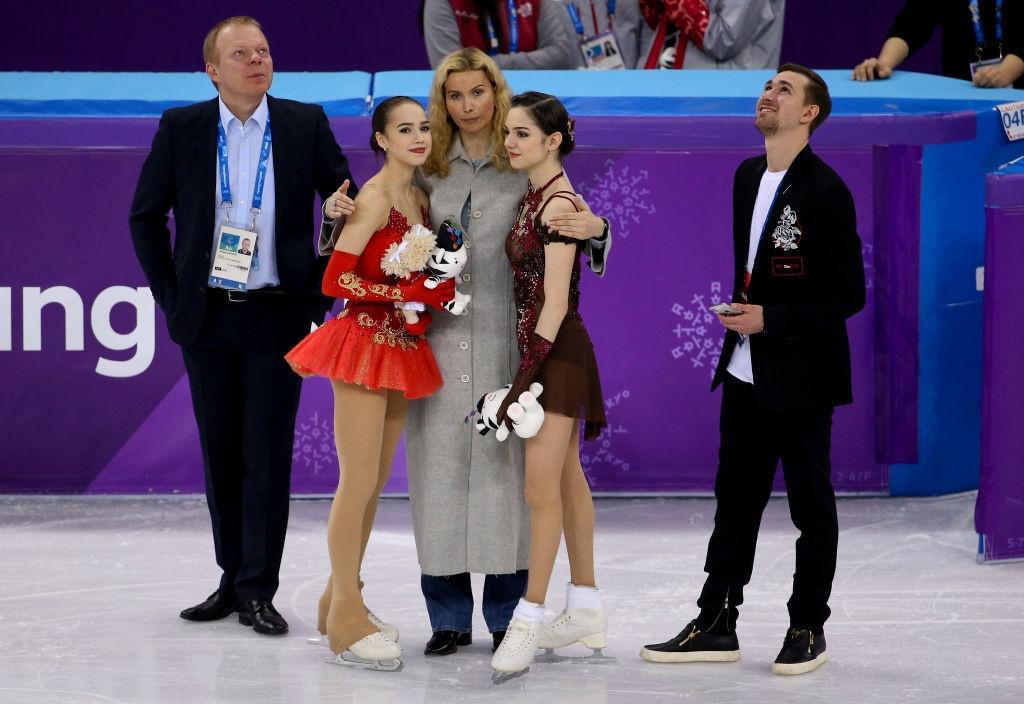 Medvedeva then decided to switch coaches and went from Eteri Tutberidze in Moscow to Brian Orser to Toronto, Canada. She was the first Russian skater that went abroad to train with a non-Russian or at least non-former Soviet coach which explains the huge echo her move caused in Russia. There was a lot of support, but also a wave of negativity coming from some media and fans. Evgenia did not pick the easy path. She changed her life completely, moving to another country, to another culture, a different training system. When she, who was seen as an example for almost infallible consistency, struggled in the ISU Grand Prix of Figure Skating series and at Russian Nationals this past season (where she failed to qualify for the team for the ISU European Figure Skating Championships), many people wrote her off.

These people did not know Evgenia very well. 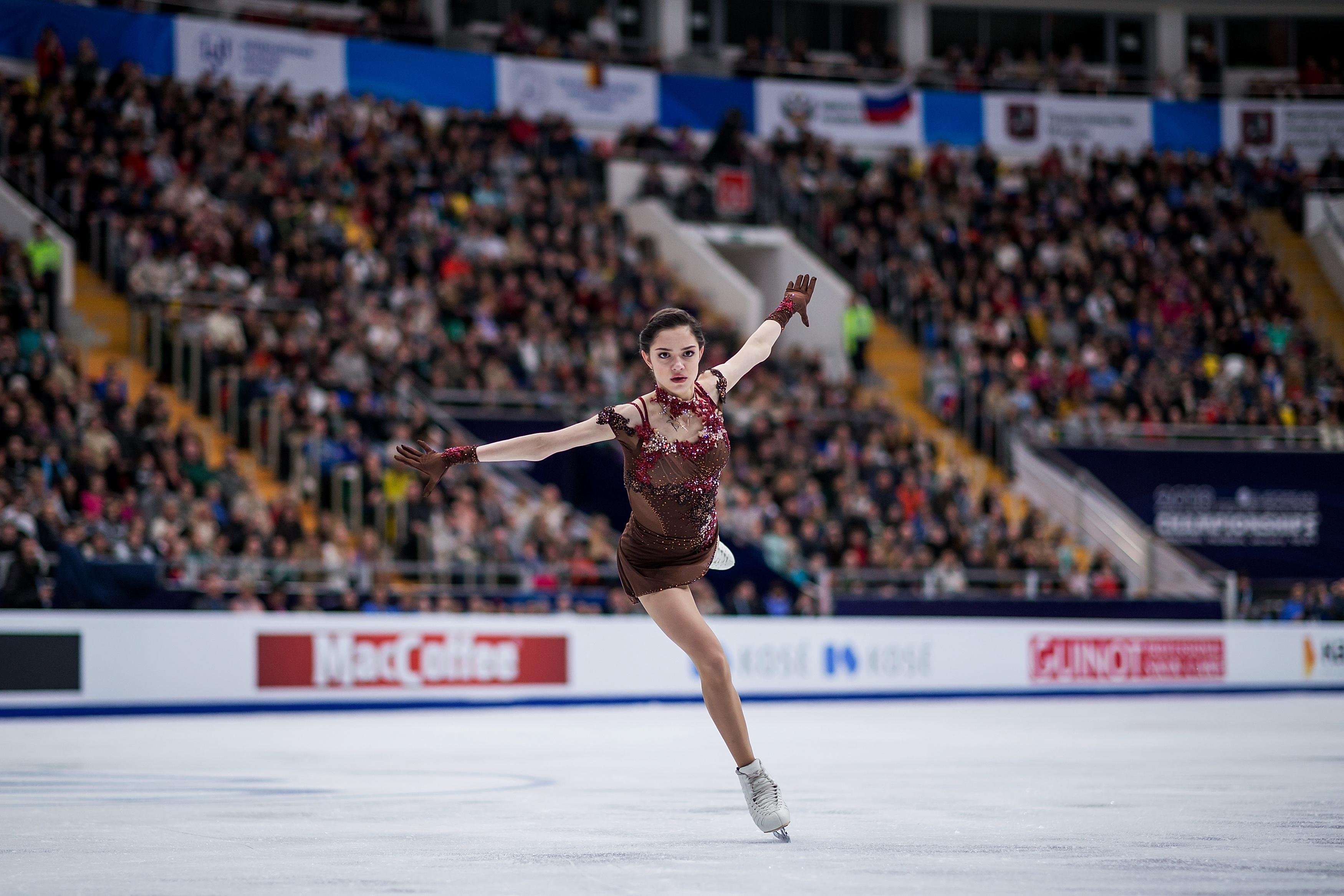 Actually, in practices even at Russian Nationals the two-time World Champion was doing very well, but she suddenly was not able to perform consistently in competition. “It was a kind of fear. It is useless to try to hide it, it would be actually stupid, because everyone sees it anyway. The lack of confidence came from me not feeling quite comfortable,” Evgenia explained. “I needed time to get used to the changes and to a different environment, to the fact that people are talking in another language and are thinking in a completely different way. Brian, Tracy and myself got to know each other during the season and I am very happy that we really got to know each other towards the World Championships. This is very valuable and I am very grateful to them. It happens that an athlete gets all wired up before a competition mentally and when the coaches notice that they take the role of a psychologist, but in an unnoticeable way. If they see that someone is really tense, Brian might crack a joke or Tracy asks something to distract you. This also plays a big role. People are thinking that someone is warming up and the coach is just standing there. In reality, it is much more complex and even I don't know all nuances. Basically, the athlete doesn't need to know because the coaches are also doing their magic. I am glad that we found this approach and I am confident it will be only better in the future,” she said. 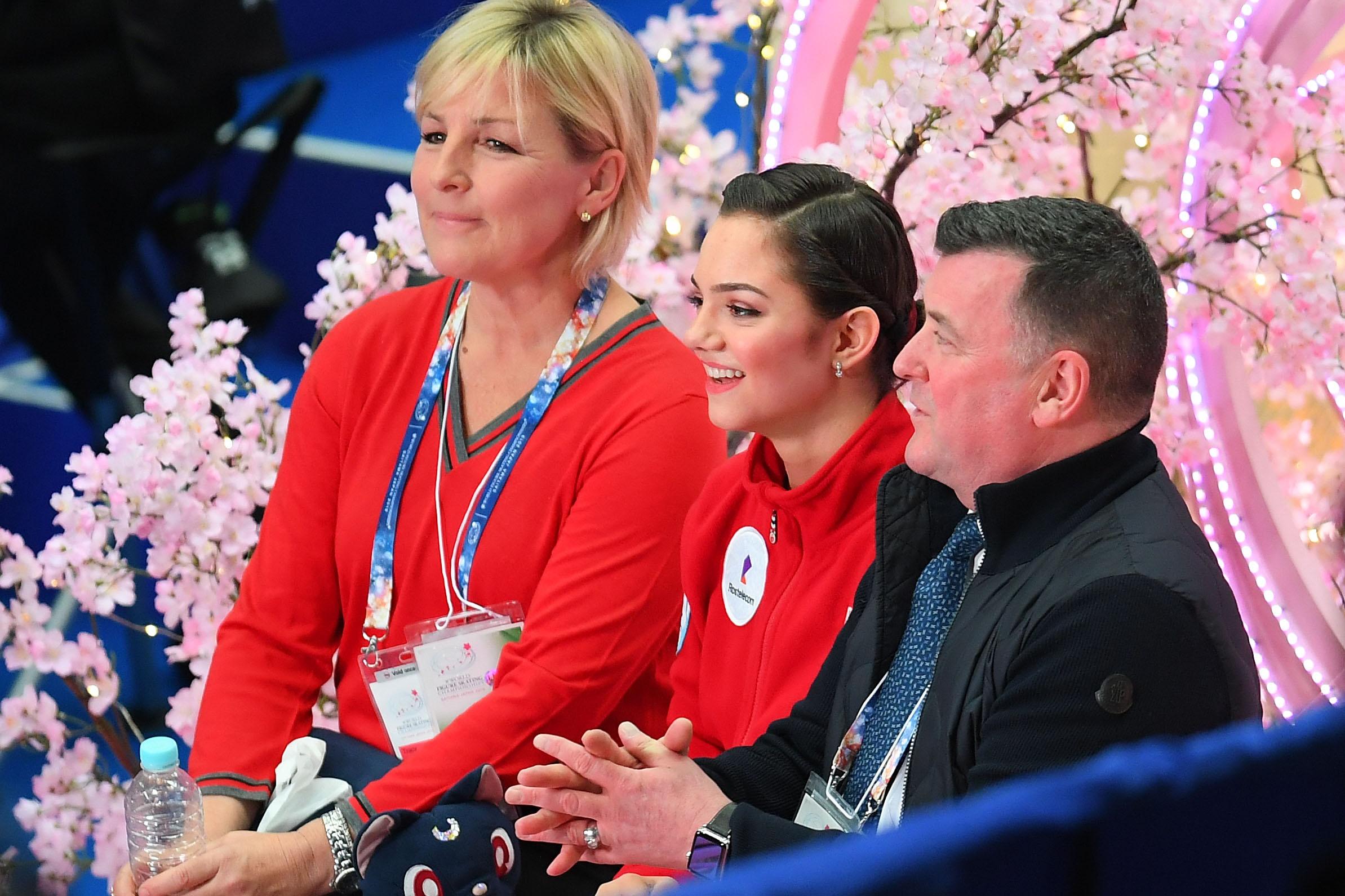 The turning point for Medvedeva was the Free Skating at Russian Nationals, as she pointed out. Sitting 14th place after a faulty Short Program with virtually no chance to make the team for Europeans, Evgenia came out determined and delivered a solid skate that lifted her to 7th place.“Brian told me even then that from now on everything will be fine. He said now I see that this is the turning point and it was really like that. Of course I believed him. If I hadn't I wouldn't be here,” the 19-year-old said. 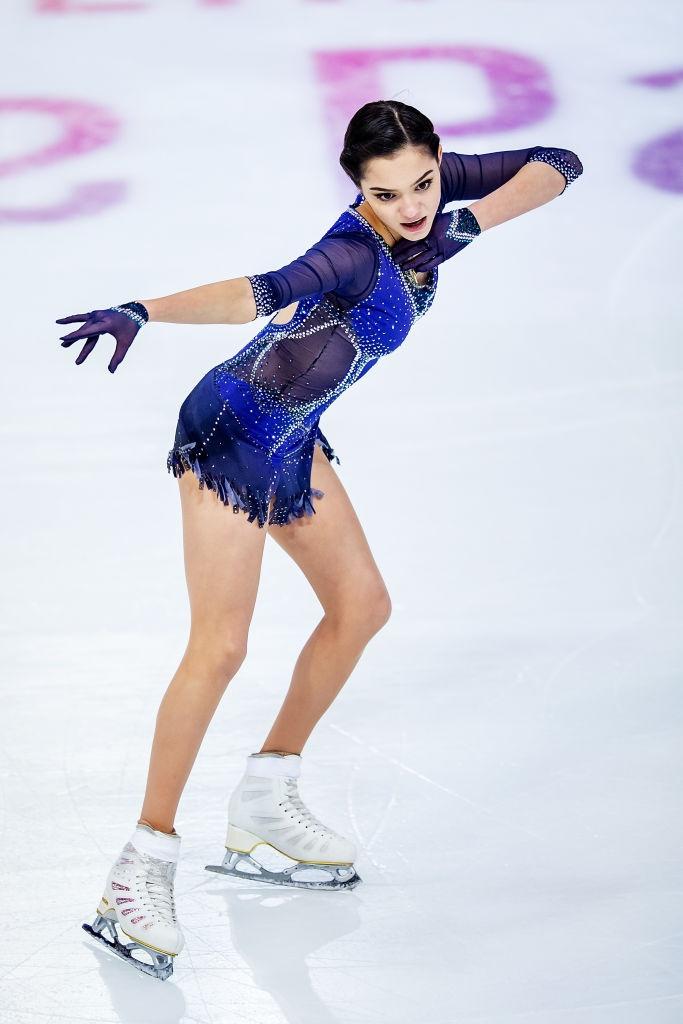 Evgenia got a second chance at the Russian Cup Final, a national event, in February, to book a ticket to the ISU World Figure Skating Championships. She earned it by narrowly defeating Elizaveta Tuktamysheva, who had missed Nationals and her chance to qualify due to illness. In Saitama, Medvedeva gave two solid performances to claim the bronze medal. Zagitova took her first World title and the silver went to Elizabet Tursynbaeva (KAZ). There was a lot of pressure on Medvedeva to prove that she was the right choice for the World team, but it didn’t bother her too much. “This pressure actually helped me. I am like that - the more pressure there is, the better I'm skating. It has been like that always in my life and in my career. I don't know how it works, but it has been always like this,” she noted. 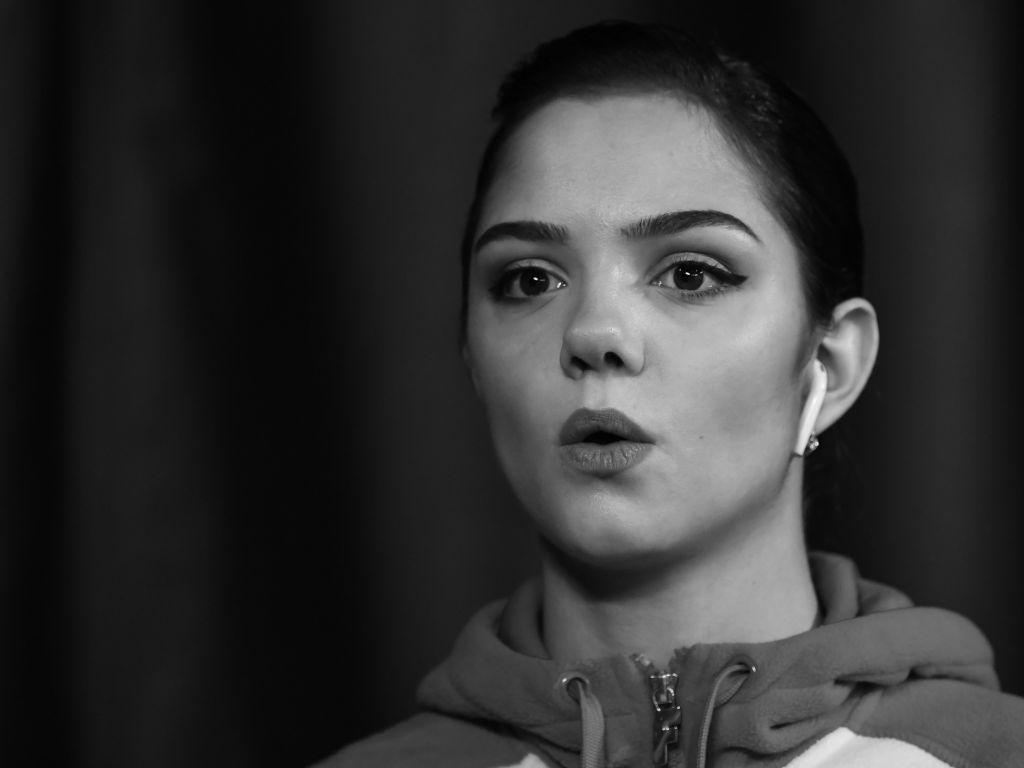 After this happy end, Evgenia looked back and analyzed what had happened in that year that had passed. “It [the past season] was very hard, physically and mentally at the same time. It was very difficult to get used to the new environment although I thought that it is nothing special, I am already used to it and to the people around me. However, I got used to them only now. I realized that and now I am feeling absolutely comfortable and at home at the Cricket Club. I feel like I've been skating there for many years. I have a good relationship with absolutely everyone there. This is something I've dreamed about my whole life, to come to my workplace like to a family home. It is a very cozy environment. I want to go back there again and again. This environment motivates you to work more, because you don't want to leave the rink,” Evgenia shared. “Before the rink was more like a work place for me. Sometimes it was though, the rink was associated with hard work, now the rink is associated with work that is enjoyable. You are doing everything for yourself,” she added.

Although the 2018 Olympic silver medalist finally feels at home in Toronto and her skating club, she still misses her home town of Moscow. “I can't say that I miss Moscow less, it is still my home. I have many friends and acquaintances there, with whom I socialize. They stayed back in Russia and I miss them a lot, I am communicating with them almost every day. They know that I feel lonely sometimes and it happens that they call me when it is four in the morning in Moscow, because there won't be another time to chat. I think these are the people, this kind of people around you that everyone would like to have and everyone dreams of,” Evgenia said about her friends.

The two-time World Champion has embraced changes on many levels. “I am changing my lifestyle and a lot of things. I started doing some little things that might not mean much, but they make me happier. I opened up more to the world, I changed my diet, I changed my view of life, I changed in some ways my hobbies. I am drawing and I am drawing quite well. I'm not showing these drawings to anyone, because this is something personal. I am mostly drawing portraits, nature, some unusual illustrations that reflect my state of soul, but I'm not showing them and I'll never will. It is just for me,” she shared. “I switched to a plant based diet and to products that have everything. I feel that helps my organism. I prepared myself mentally for it for quite a while and now I realize that I don't have any problems with food, they are gone and I just had the desire to do something good for my body and also for the environment. If there is no inner desire for that, it doesn't work. It is not a diet, it is another way of life,” Evgenia continued. 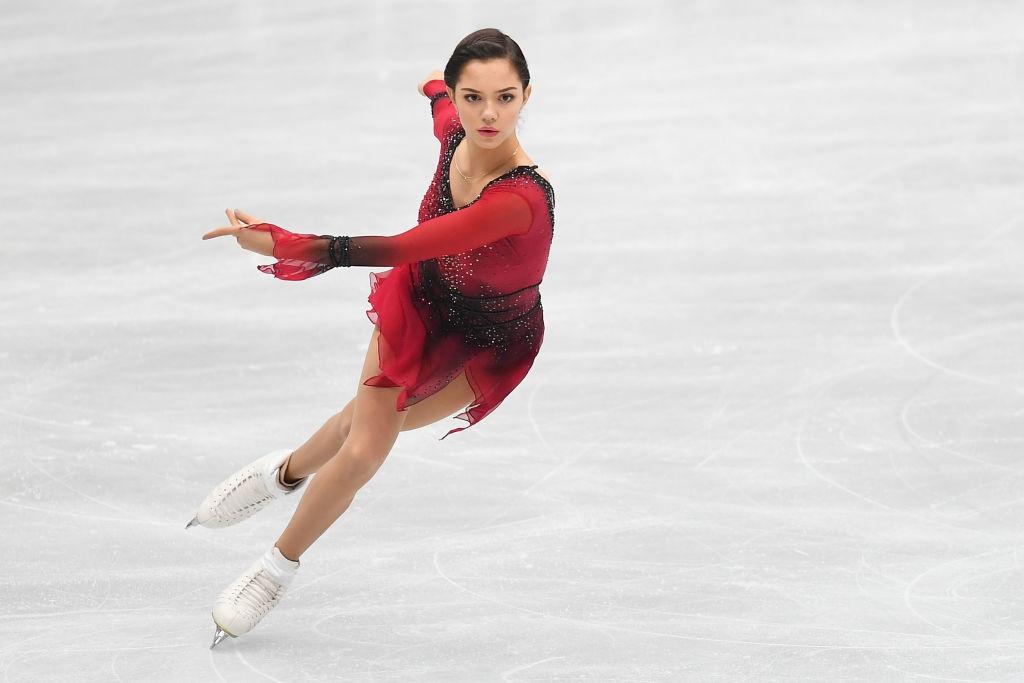 Medvedeva has been selected for the ISU Grand Prix events Skate Canada International and Rostelecom Cup and is looking forward to the upcoming season. “I just needed some time. From now on, I'm just moving forward,” Evgenia said.