The Corona pandemic stopped the Figure Skating world in mid-stride: less than a week before the ISU World Figure Skating Championships were scheduled to kick off in Montréal (CAN), the event was cancelled. The crisis has affected not only skaters, coaches and fans but millions of people all over the world. However, the difficult situation also set energy free to react and to help. The “Open Ice” live show on April 25 brought the skating community together to raise money for the U.N. Foundation’s Covid-19 response fund. 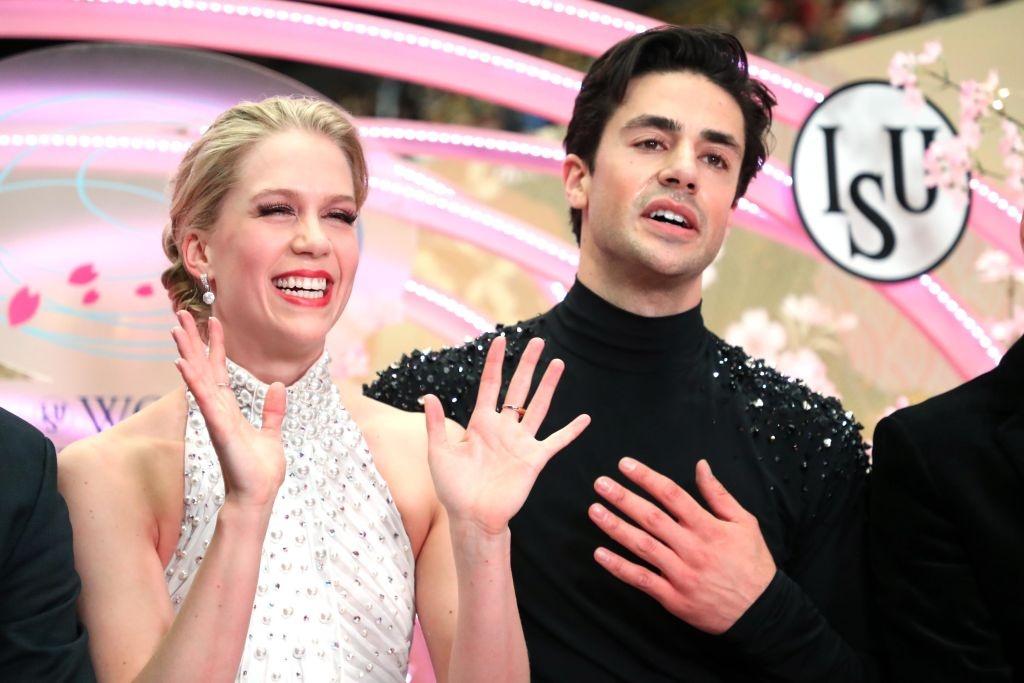 Canadian Ice Dancer Kaitlyn Weaver, a three-time World medalist, was looking forward to the ISU World Figure Skating Championships at home, even though she and her partner Andrew Poje were not competing in the season. When the pandemic hit, she felt lost, like so many people. “This time during the pandemic has been difficult for all of us, and the feelings were overwhelming in the beginning. I didn’t know what to with my time and more importantly, my emotions,” Kaitlyn shared.

A friend suggested she watched an initiative Rosie O’Donnell created for The Actors’ Fund. O’Donnell, an American comedian and producer, had theatre stars appear on her virtual show to share a story or song, and raise funds. “I was inspired and wondered what I might be able to dream up and create in our community. The skating family is so tight-knit but reaches all corners of the globe, and I was motivated to unite and mobilize athletes, families, and fans to help people who are affected by COVID-19,” Kaitlyn said. “I didn’t know what that would look like, or how I was going to do it, but I attached myself to the feeling and the goal, and the idea quickly started to take shape.” 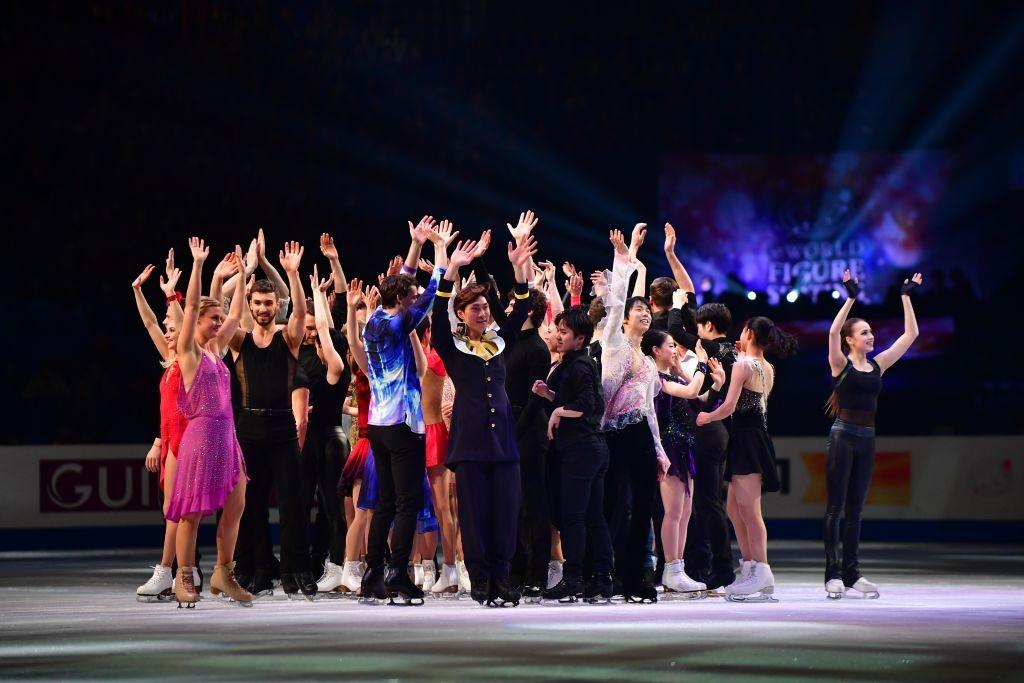 She called her friend Jordan Cowan, a skating cinematographer, because she trusted him to have the technical knowledge to mount this project. “He beautifully handled the enormous technical task of the show, I created the content, and together we were able to produce something unique and beneficial,” Kaitlyn noted.

The next task was to get the people together. “I posted my first video on Instagram explaining that I wanted to make something “big” on March 30 and that was the day I first spoke to Jordan. We worked on it for roughly four weeks together during which I gladly spent about 12 hours on the phone a day—there were 65 guests,” Kaitlyn recalled.

The show consisted of a mix of talk show, games, interviews and actions that Weaver moderated. “It was powerful for the project to get a range of perspectives, and I felt so blessed to be able to listen to stories and reconnect with my peers. I wanted to produce the segments that I felt would most effectively reach and affect the audience. It was a pleasure for me to create the flow and the direction, and always find time for laughs and games along the way. I felt it was important to translate through the screen everything we are all feeling right now, and validate our emotional experiences. But I didn’t do that alone. I reached out to literally everyone I know to get tips, suggestions, guests appearances, and support. I’m so empowered by the generosity of the skating community during this time. My biggest takeaway is: have the courage to ask, and people may surprise you,” the ice dancer said.

The show aired on April 25 and was live streamed on the Skating ISU YouTube Channel and other channels. Except for Weaver and Cowan the team consisted of a graphic designer, a video editor and family and friends. Kaitlyn especially thanked ISU World Figure Skating Ice Dance Champion and now choreographer Shae-Lynn Bourne (CAN) and her husband, Bohdan Turok for helping her to get the idea on its feet. “I want to stress that it truly was a project made possible by our community—everybody came together to make Open Ice a reality and success,” Kaitlyn said. 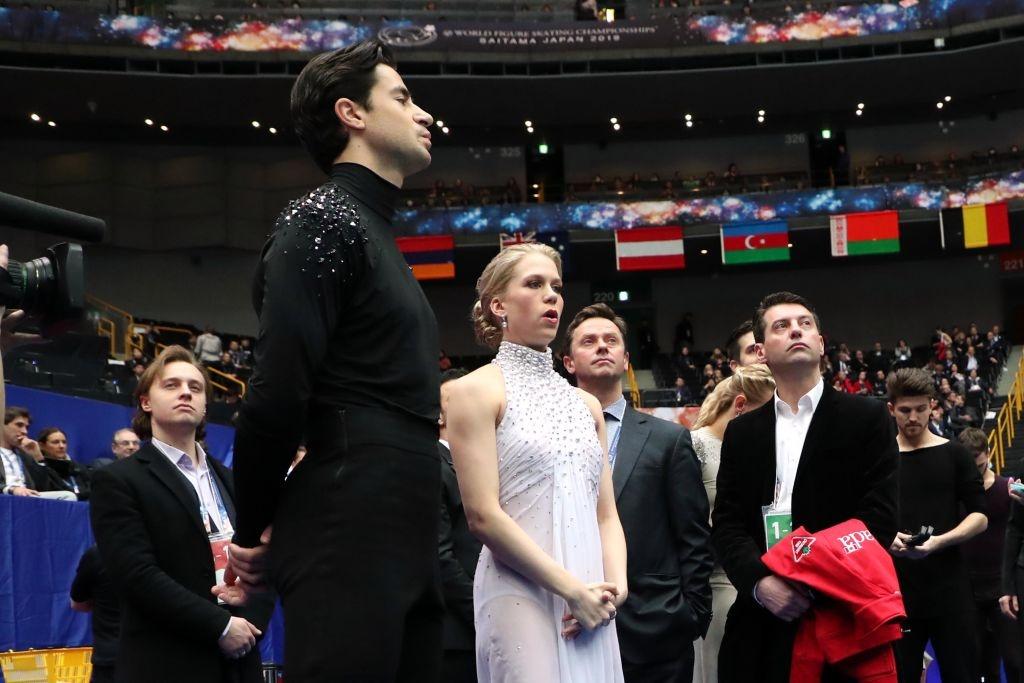 Weaver admitted that she was nervous moderating the show. “I had the time of my life hosting Open Ice, but I had to use my athletic mindset for the first time in a while,” she said. “I was nervous beforehand as if I was warming up for the World Championships, because I wanted so badly to create a positive experience for everyone involved and share hope and support for our community. The day before the show, we held an “Official Practice” which helped me in a huge way, and I’m so grateful for the guests’ time. On the big day however, I was nervous and excited and had to talk to myself as if I was competing again. I was prepared, I had to trust my training and I was confident that we would know what to do in case something went wrong.  Afterwards, similar to a big event, I was on Cloud 9, emotional, and overwhelmingly grateful.”

#BTS of #openice 💙 Recording the next round of good news! Keep your eye on @openice.live — We’re coming together to help those that need it most ➡️ 4.25.20 • @unfoundation @oniceperspectives PS: the estimated ship time for an iron was May 🤦🏼‍♀️👔

“We are so close to raising three times the amount we set for our goal— it’s shocking, empowering, unifying, and most importantly, it’s making a difference,” Kaitlyn noted. “I’m so proud to see that Open Ice has become a movement, and the skating family has continued to donate even after the original live show. Our project has become a portal for Figure Skaters doing good, and that brings me so much joy.” 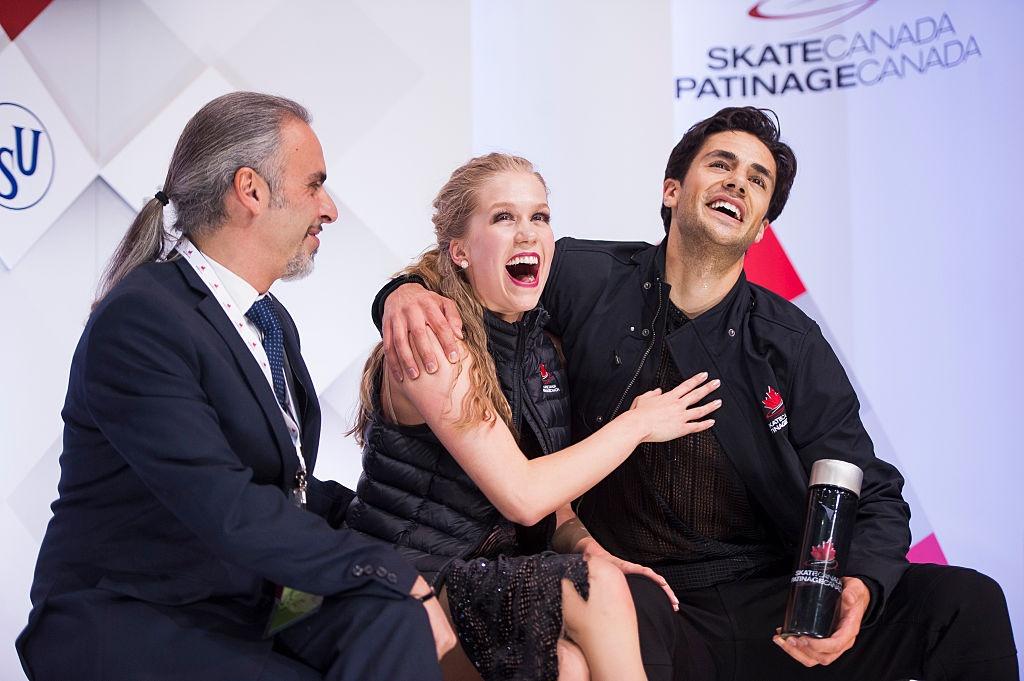 The United Nations’ Foundation was supportive from the very beginning. “Rachel Bridges, my UNF representative and guest on the show, is even a skating fan. They were with us every step of the way, and I’ve been keeping in contact with them since the show has finished, as well. I’m looking forward to doing more with the Foundation in the future,” the three-time World medalist commented.

Thank you all— more words tomorrow. Until then, just tears of all kinds. 🙏🏻💕 The donation link is still open. Let’s get this family to a 50k donation towards the fight against covid. We’re almost there. Lets go. Link in bio. #openice @openice.live #skatingFAMILY

For Kaitlyn Weaver, this has been just a starting point. “I’ve always believed that dreams can come true, but I’m still surprised and in awe that Open Ice was such a success. This project has helped me believe that anything is possible if you have the right support system, a good intention, and a lot of motivation,” she pointed out. “Jordan and I have been speaking about projects in the future, and I’m continuing to devote time during the quarantine to dream. However, I can’t wait to reunite with my partner, Andrew Poje and to continue to perform. I hope to do that as long as I can and to the best of my ability, while doing some good along the way. I’m exploring and discovering what my career and life experiences have prepared me for, and I’m excited to continue finding out what that is.”

If you haven’t seen Open Ice, you can watch it on demand. Weaver and Cowan had set a goal of 15,000 USD to raise through the show and they raised more than 42,000 US Dollars. But that’s not all, the ISU matched the initial goal and decided to donate 15,000 USD taking the grand total to 57,000 USD. Donations are still open on https://tiltify.com/@oniceperspectives/openice through May 31st.

The viewers decide what to watch next