Did you know: Kevin Aymoz (FRA) competed in a summer sport?

A number of Speed Skaters compete in summer sports and even compete in both the Summer and Winter Olympic Games. French Figure Skater Kevin Aymoz (FRA) also competed in a summer sport called Baton Twirling and became rather good at it. He is also the latest guest on The Ice Skating Podcast. 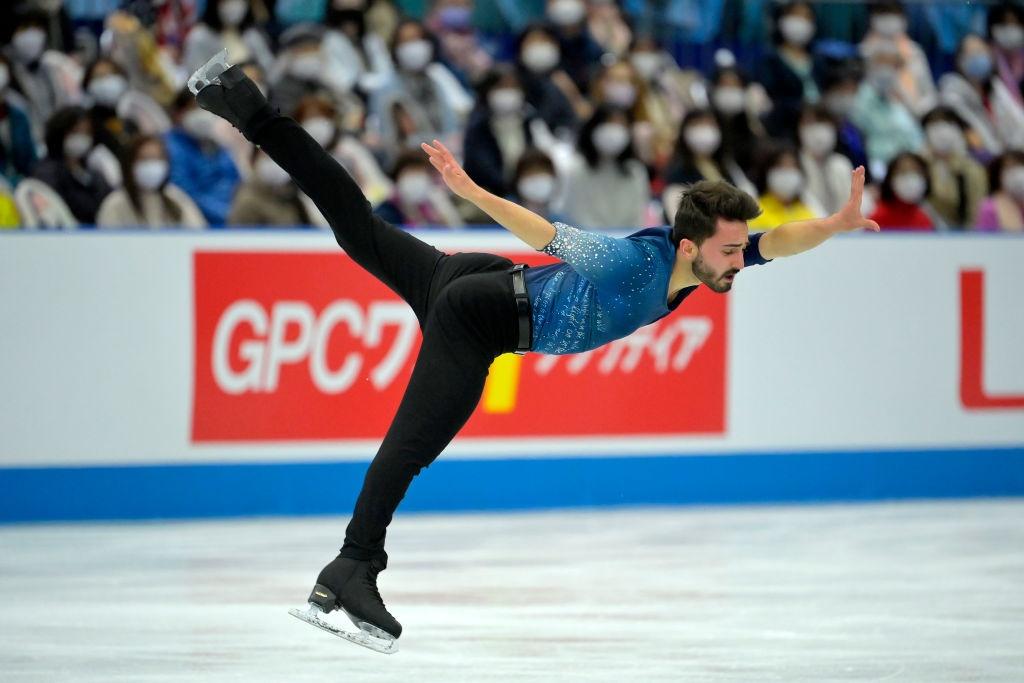 So what is Baton Twirling? “It is a bit like Rhythmic Gymnastics,” Aymoz explains. In fact, it is a relatively new sport. Athletes handle “the baton with maneuvers to create visual images, pictures and patterns, executed with intricacy, dexterity, smoothness, fluidity, and speed, both close in and around the body and by releasing the baton into the air,” says the World Baton Twirling Federation on their website. They perform their choreography on the floor, solo, as a pair or in groups. The Federation even draws the parallel to Figure Skating, saying that Baton Twirling “requires the stage presence and grace of a Figure Skater.”

Kevin felt attracted to it after stumbling upon it a few years ago. “My little sister, Lisa, was looking for a sport to do and she discovered it,” he recalled. “It was at a time when I was not going to school anymore and I did only skating. When I accompanied my little sister, it made me see another world. I like competing and artistic sports and I found that it was so different.”

So Aymoz started to practice Twirling Baton in addition to Figure Skating. “I tried it and I tried again, I practiced in the garden and one day the coaches told me that I am capable and that I can compete.” He was training about two hours a week in Twirling Baton. Obviously, many of the skills he trains as a Figure Skater helped him to become strong in this new sport as well: coordination of arms, hand, legs and feet, flexibility, agility, but also intricate choreography and artistry. At the same time, the 2019/20 ISU Grand Prix Final bronze medalist feels that practicing another sport helped him to expand his range of choreography and expression in Figure Skating. It prompted him to think outside the box and include new and unique acrobatic moves into his skating programs.

In Baton Twirling, Aymoz competed in pairs with a female partner and in solo. In 2016, he won the National title in Baton Twirling in the solo discipline and he was in the top twenty in pairs. However, as much as the Frenchman enjoyed it, he did not have enough time to pursue both sports and he has been dedicating himself fully to Figure Skating since.

Aymoz features in the latest episode of the Ice Skating Podcast, you can listen to the episode here:

USA’s Eddy Alvarez a man for all seasons