Tomoki Hiwatashi (USA) battled his way to the gold medal in an unpredictable Men’s Final at the ISU World Junior Figure Skating Championships 2019 in Zagreb on Friday. Russia’s Roman Savosin rose from sixth to claim the silver medal and the bronze went to Daniel Grassl of Italy.

Starting the day in second place, Hiwatashi opened his program to “Fate of the Gods” by Steven Reineke with a quad toe-triple toe combination and followed up with a triple Axel-double toe. He popped the second planned quad toe into a double but went on to complete five more triple jumps including another Axel. 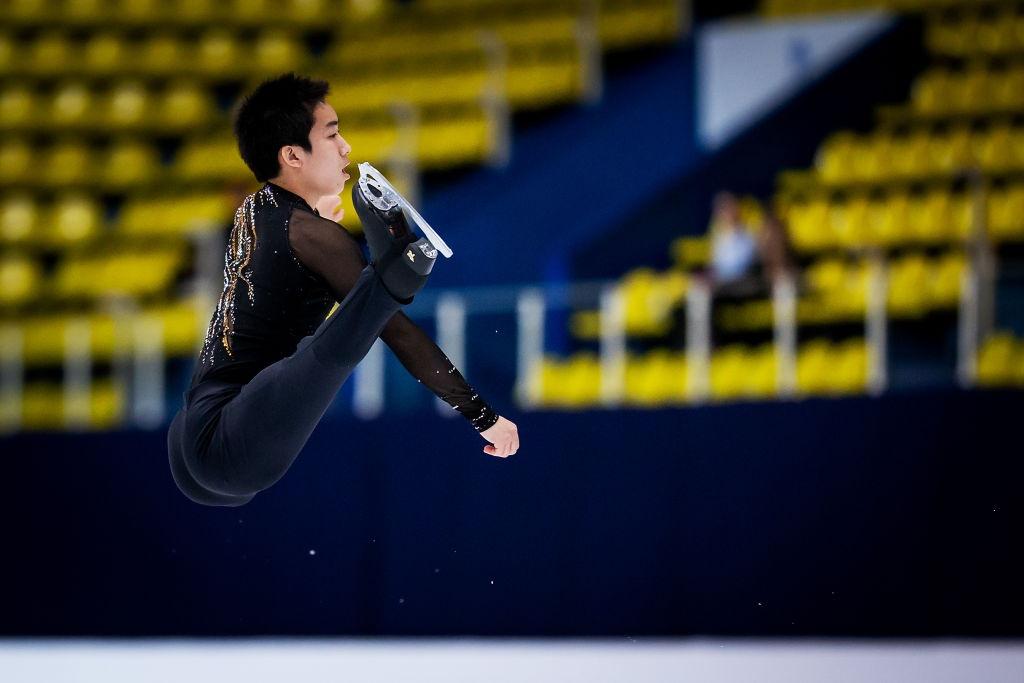 The 2016 World Junior bronze medalist collected a level four for his spins and scored 148.82 points and was ranked second in the Free Skating, but overall pulled up to first place at 230.32 points, edging out Savosin by just 1.04 points.

Hiwatashi, 19, said: “When I saw the Free program score of 148 points and second place in Free and since I was second in the Short Program too, it all added up as two and I thought I was second. But when I saw 230 points in total I could not believe it, because I did not think I could win. I am very excited to go back home with my gold medal.

“But at the same time, (on) the second toe loop I wanted to do a quad toeloop and get ready for the next season, to be in the state where I can prove myself as a good senior competitor.  I was not able to do that tonight. I will work on that. I need to get ready for next season.”

Savosin’s performance to “Piano Concerto No.2” by Sergei Rachmaninov was highlighted by a quad toe, quad Salchow and four more clean triple jumps. 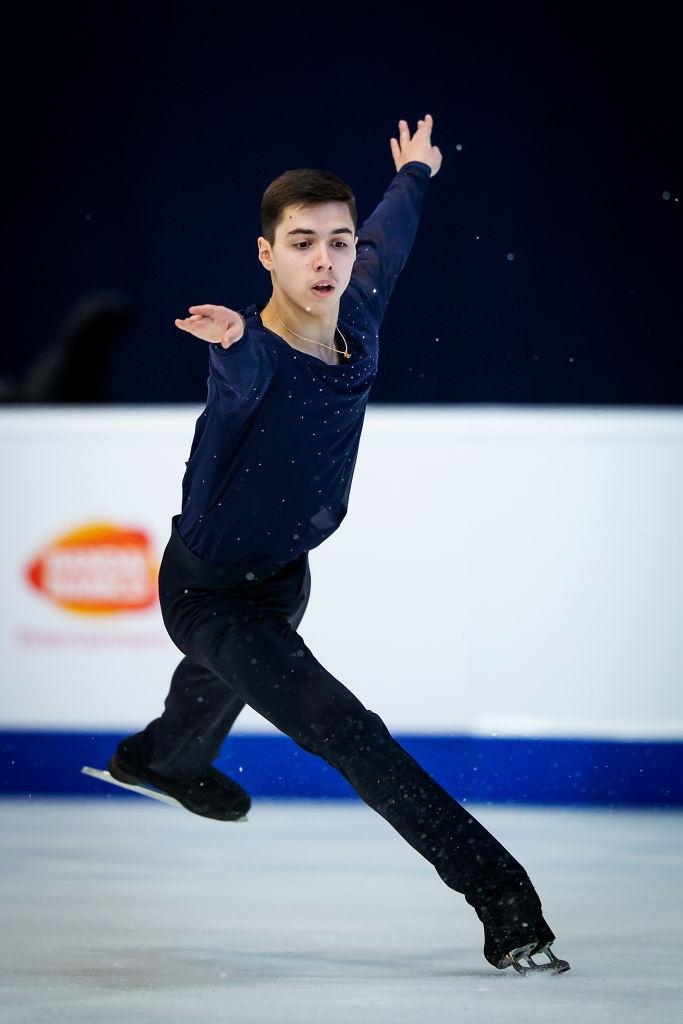 However, the 19-year-old Muscovite underrotated his two triple Axels and a loop. He nevertheless managed a season’s best 150.95 points to win the Free Skating segment. He totaled 230.32 points to win his first medal in his third appearance at the ISU World Junior Figure Skating Championships.

“I was counting on moving up in the standings and I hoped could do it and I’m very happy that it worked out,” he said. “I only thought about skating clean and I skated well. Throughout the whole season I wasn’t able to skate as well as I did today.

“The difference was that this competition was very important. I had drawn conclusions from the other events that didn’t go too well and I prepared mentally in a different way.” 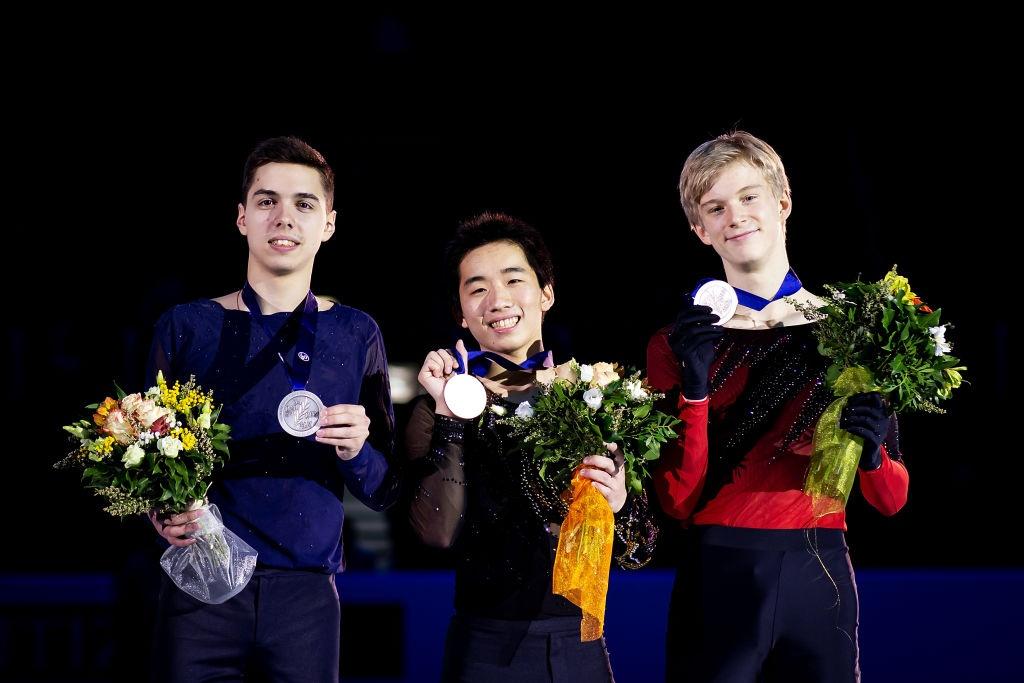 Skating to “Dance Pieces” by Philipp Glass, Grassl produced a triple Axel and five other triple jumps as well as original spins. However, he fell on his opening quad Lutz (underrotated) and also underrotated the quad loop and two triple jumps.

With 143.48 points, the Italian champion was fourth in the Free Skating but overall held on to third place at 224.67 points.

“I made a lot of mistakes, but overall it was not so bad,” the 16-year-old said. “My idea was to be in the top five and now I get third and I’m happy. I couldn’t imagine that I can do it (make the podium) this year. I thought maybe I can do it next year.”

Artur Danielian (RUS), the 2018 World Junior silver medalist,  pulled up from ninth to fourth at 220.68 points with a solid performance. ISU Junior Grand Prix Final Champion Stephen Gogolev (CAN) came third in the Free Skating and moved up from tenth to fifth place (220.66 points). Camden Pulkinen (USA), who had won the Short Program, dropped to eighth after a few errors (216.68 points).

The ISU World Junior Figure Skating Championships 2019 continue Saturday with the Junior Free Dance and Junior Ladies Free Skating. They can be watched at https://www.isu.org/figure-skating in certain countries.

For more information, full entry lists and results please see the event website and the official website. Follow the event on social media using the hashtags #WorldJFigure and #FigureSkating.

Lajoie and Lagha (CAN) tango into lead in Junior Rhythm Dance