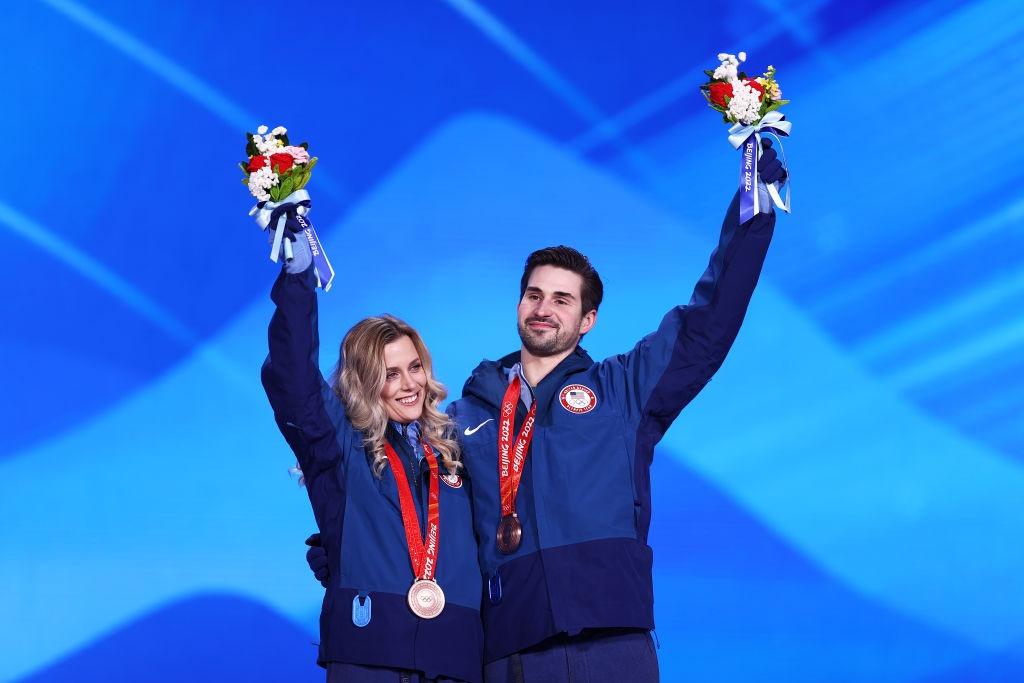 When Ice Dancers Madison Hubbell and Zachary Donohue (USA) finished their Free Dance at the Olympic Winter Games in Beijing, they took it all in, savoring their moment on Olympic ice. The Skaters knew that it was their last competitive performance at the Olympic Games as they announced they will retire after this season. Beijing 2022 meant a lot to both of them and not just because they won the bronze medal. 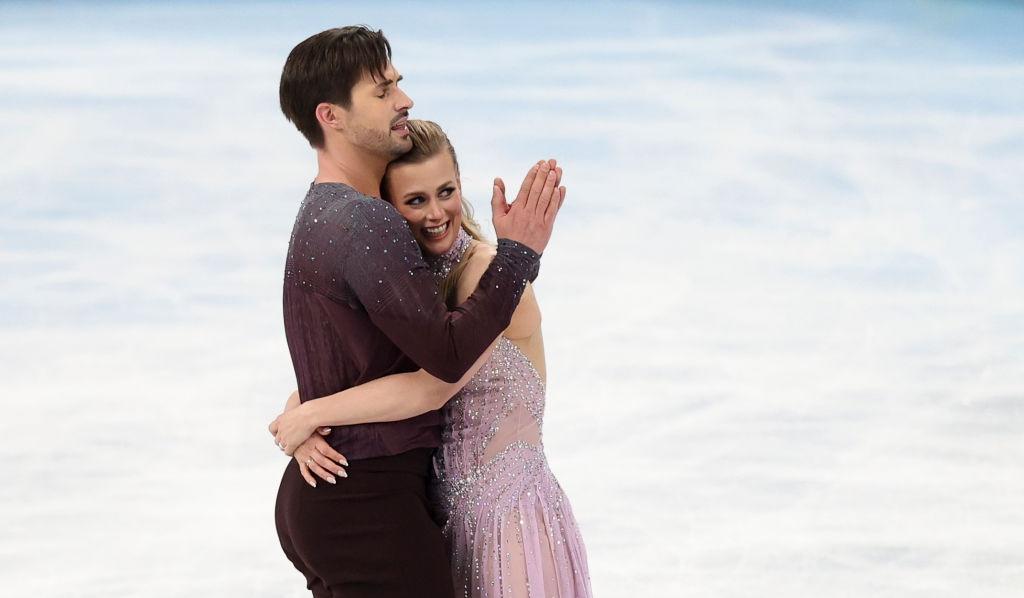 “Zach and I walked away very satisfied at these Games,” Madison said. “Not only (we were satisfied with) our physical preparation and our performances, but with our approach and our appreciation of what it meant to be Olympians, two-time Olympians.” 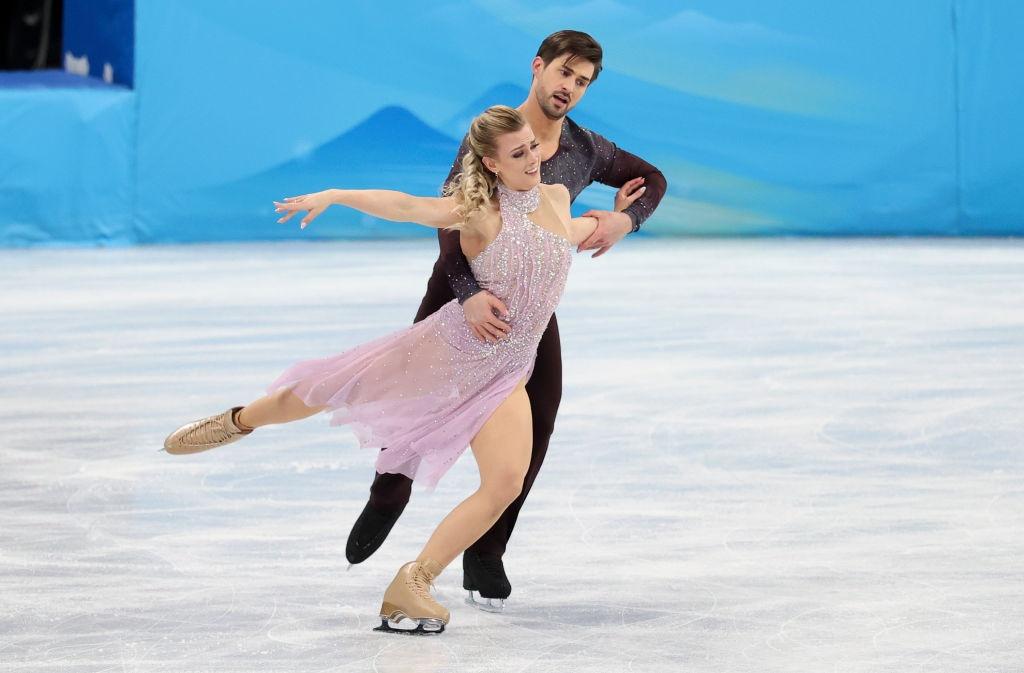 The three-time ISU World medalists enjoyed to share their experience not only with their American teammates, but also with their training mates from the Ice Academy of Montreal. A total of 11 dance teams that belong to the Montreal school competed in Beijing. “It was such a strong community and everybody kind of went into these Olympics with more appreciation of just being able to be there. That is what the last two years have certainly given to a lot of people, it's just some perspective that we are lucky to experience these things. It's not something you can take for granted,” Hubbell explained.

The experience was also different from 2018 when the dancers debuted at the Olympic Games and came fourth. “It was nice to kind of being there not in the wide eyed wonder situation where everything is new and shiny and everything that is happening is exciting,” Zachary, 31, shared. “It was kind of cool to be able to sit back and watch other people have that experience and in a way get energized by it, seeing people kind of walking around the village in awe and enjoying having the skates of their lives. For the most part from our school, they had amazing skates and great experiences, they were very happy and that's a really cool energy to be around.”

Donohue agreed: “It's important in these last few months before retirement that we take in those experiences because there is a lot to look forward to. We're 30 something now, we have the younger kids at the rink who are asking us questions and yes, we're in this position where we now get to take everything we've learned and everything we've experienced and translate that to an up and coming generation. It's one of these things we're looking forward to the most.”

Hubbell/Donohue did not necessarily always feel as role models, but this might change. “We know that there are kids that may be dream of being Figure Skaters or dream of being at the Olympics that they see ‘Team USA Olympic medalist’ and for them that is their role model, that is their idol,” Madison noted. “We always try to shy away from that but I saw the Olympics as an interesting opportunity more than any other competition, I think.”

“The difference for me is not the skating, which is the same, it's the same panels, the same group of people. It's the magnitude of the event and the reach that it has to teach little kids and teach people around the world what it is to come together, to have fairness in sport, to have camaraderie between your own country mates but also respect other cultures. It's kind of like this whole environment that teaches really great values that will help you through life. So I saw it a little bit different this time where it wasn't so much the competitive dream of being an Olympic medalist, of having your best skate ever. It was more the realization that you're in a position that you want to represent yourself the way you'd be proud of. So I think we carried that with us while we were there.”

The three-time U.S. Champions had only a few days off after returning to their training base in Montreal from Beijing. Their first day on the ice was Madison’s 31st birthday on February 24. “I chose Thursday, because it was actually my birthday and for me it was the last chance to spend my birthday skating and being with the team and with the coaches,” she said. “We had fun!”, Zachary interjected.

“It was really just about getting back, enjoying these last few weeks of training, getting over this post-Olympic slump,” he added. “We just didn't want to waste any time knowing that Worlds is an amazing opportunity for us to really enjoy the process leading up to our retirement.” 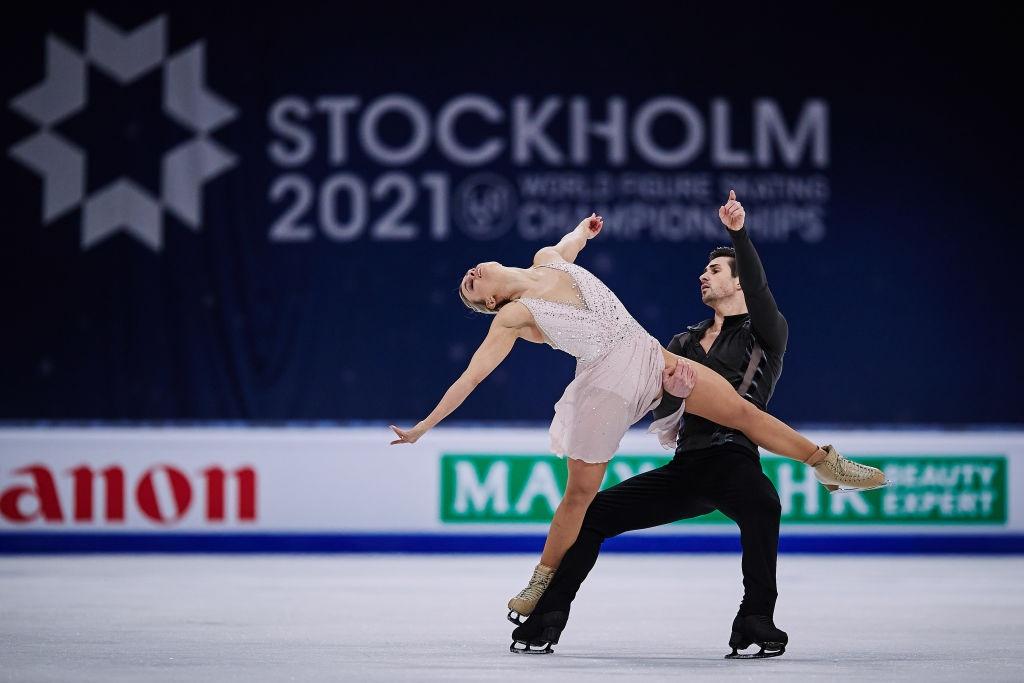 It was a little hard, Madison admitted. “There is always a valley after a high. Olympics for most of us from our group from Montreal was really quite a beautiful two weeks. When you come home it is inevitable that your're going to feel pretty down. Luckily we had a very good mindset going in, the mind I think snapped back faster than the body.”

The Ice Dancers felt exhausted after the Games, but they feel the support of their coaching team and training mates which helps them building for the ISU World Figure Skating Championships 2022  (March 21 to 27). ”We're pushing through that and luckily we've got a great team of people who laugh at us when we get way to uptight or are just really good find that balance,” Zachary shared. “Right now we're just kind of looking forward to navigating this next week. To think about it, we have a week and a half of training. We're all pretty excited.”

The event in Montpellier will be the last time Hubbell/Donohue step on competitive ice and they want to take the most out of it and enjoy it. “(At the Olympic Games) I was more focused than maybe the other competitions and a little bit less caught up in my emotion,” Madison offered. “Something that I do enjoy about our skating is that very often we are kind just of open heart experiencing as it is and I know that there will be a little bit of extra emotion going through, knowing that it really is the last time and knowing how much we loved the competitive side of our sport. What I'm looking forward to is having that moment. Yes, I want a world medal, but I think there is something special what we brought to the sport, the way that we skate and it would be kind of a disservice to ourselves and a disservice to the people who have supported us to not just like go into the performance completely fearlessly, being very vulnerable and what if, a little bobble here or there happens, so be it. But I want to feel a little bit more free again,” she concluded.

The Skaters are looking forward to closing out their career with another high at the ISU World Championships and then to tour with Stars on Ice in the USA before switching their focus to their new careers that will still be connected with Figure Skating, but from the other side of the boards.