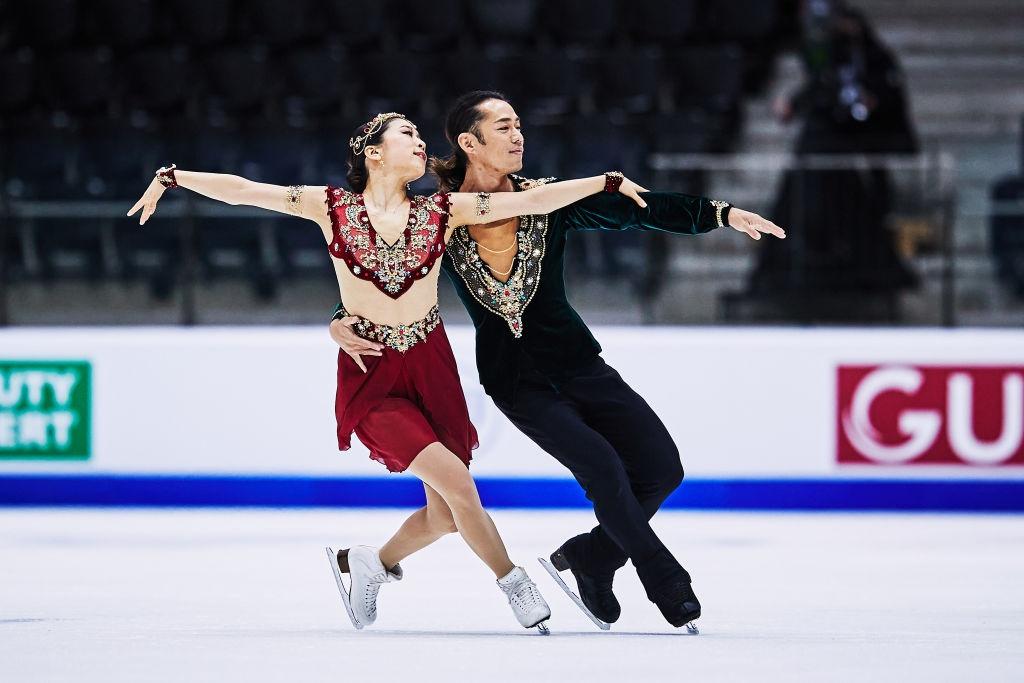 Japan’s Kana Muramoto/Daisuke Takahashi are unique in many ways and they have made Figure Skating history. They are the first Japanese Ice Dancers to win a silver medal at an ISU Championship when they came second at the ISU Four Continents Figure Skating Championships in January. But that is not everything. Daisuke is a successful former single skater, an ISU World Champion, ISU Four Continents Champion and Olympic bronze medalist and he is the first World Champion single skater to make a comeback in Ice Dance. Moreover, what makes this couple unique is that at 28 and 36 years of age they prove that it is not too late to start something new later in your career and that older Skaters can be very successful. Muramoto/Takahashi are now aiming at making a splash at the ISU World Figure Skating Championships in Montpellier (March 21-27). 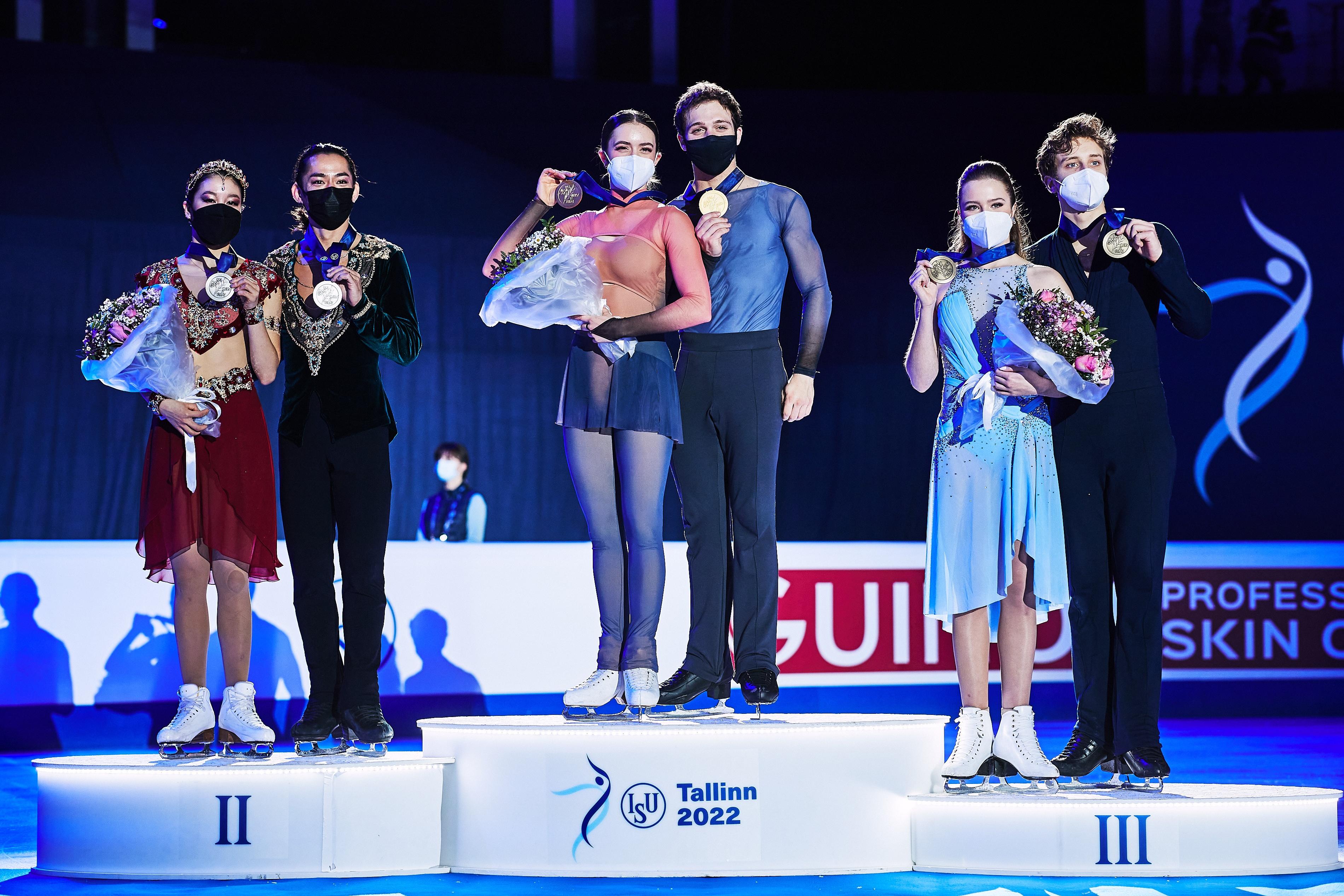 Their silver medal at the Four Continents Championships was a major achievement considering that Takahashi had switched to Ice Dance only in 2020. Muramoto has more experience, she is a 2018 Olympian and the 2018 ISU Four Continents bronze medalist with her former partner, the late Chris Reed, but she took a break of two years before teaming up with Takahashi. 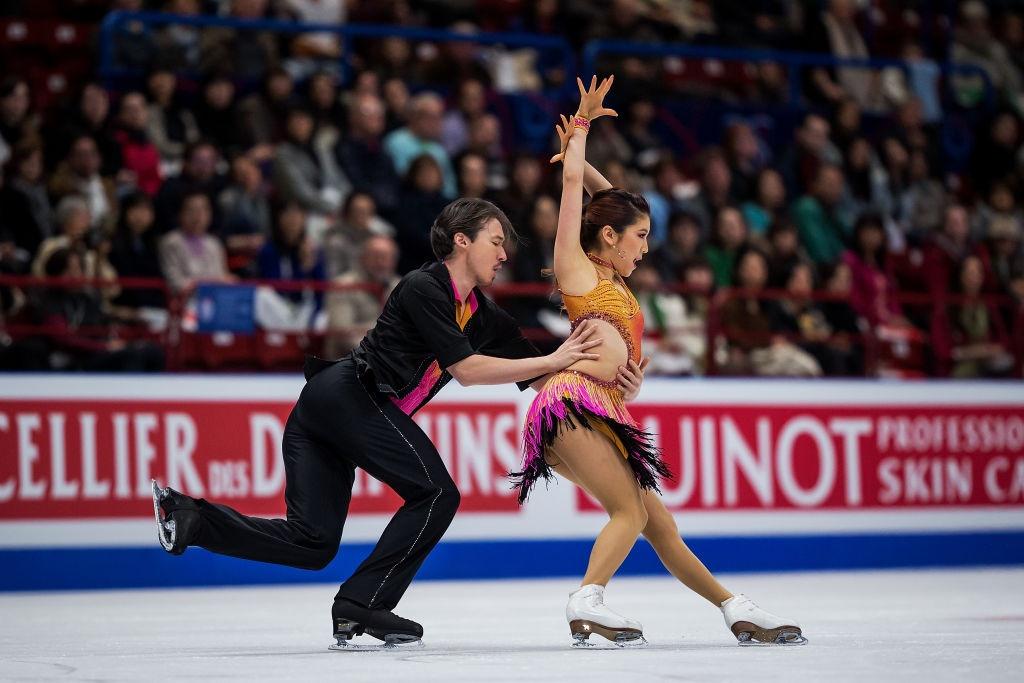 “We feel happy about it (the success at Four Continents),” Kana shared. “We made history. If we think about it what we accomplished it's just amazing how Dai has transitioned into ice dance just in less than two years.” Additionally, the pandemic affected their training as the couple had to rely on online sessions with their head coach Marina Zueva who is based in the USA.

The Skaters credit Zueva and their other coaches for their success. “Marina gave me confidence. I couldn't believe that I can be in this position when I started Ice Dance, but she always gave me confidence, every day,” Daisuke shared. “That's why I was able to believe more. She guided us and she trusted in us that we could achieve where we are at.”

Kana pointed out how talented her partner is and that he brought many skills into their Ice Dance partnership. “I know it is a completely different discipline, ice dance and singles are totally different, but he has the musicality and the performance level and that really helped where we are at. He has something special, I think everyone knows that.”

But a partnership requires two people and the Skaters feel that it is their passion and commitment that brought them that far in a relatively short time. “Our hearts are kind of similar just in the way we want to improve or to learn the skills,” Muramoto observed. “Maybe this makes it easy for us to work towards to what we want to achieve.”

“First of all we have to perform perfect,” Takahashi pointed out. “We missed the Rhythm Dance in two competitions in a row. It is really a great program and we have to show that to the audience. Our goal for Worlds this year is to get into the top ten.”

“We haven't done yet a perfect Rhythm dance and in Ice Dance, the Rhythm Dance is very important to get into the top ten which is our goal,” Kana added. “At Worlds right now, the teams are amazing. Everyone has amazing programs and it is not easy, we understand that. But I think if we skate our best, we have the potential to be in the top ten. We believe so.”

Their success at the ISU Four Continents motivated the couple a lot. “After placing on the podium and getting all the audience's and judges' comments, I think it gives us a boost of confidence going into Worlds,” Muramoto noted. “It's our first time to actually compete with the top in the world, because we've only done NHK and Four Continents and to actually compete with the World teams is so exciting. It is super motivating, too.”

Following the Four Continents, the Japanese team returned to their training base in Florida to prepare for their season highlight in Montpellier. They hope to set a positive example for many other Skaters, especially in Japan.

“I think right now especially in Japan Pairs and Ice Dance still is not a major sport compared to singles,” Kana said. “I think Daisuke changing to Ice Dance definitely shows that anything is possible. He also said a very interesting thing to the young skaters - just try Pairs and Ice Dance and see what interests you the most. I think he definitely proved to the world, at any age, you can try whatever you want to try. In Japan I can feel that everyone wants to try or that they are interested in, but they don't know where to start or they don't have the opportunity to. Definitely I think Dai opened that door.”

For Daisuke, the message to other Skaters is that it is all about the love for Figure Skating. “You can show how much you love to skate and perform and just (love) Figure Skating (in general), not singles, couples, Ice Dance, just skating.” He wished he had started earlier with Ice Dance as he took a break of four years from skating after retiring from competing in 2018. “If I had done it earlier, I could have done four years more of ice dance,” he noted. “Just thinking about the skating skills, if I had done it earlier I would have improved more.” On the other hand, the partnership with Muramoto maybe wouldn't have had happened. “It is like destiny,” he said.

Muramoto/Takahashi leave their future plans open at this point. “Now I feel I can do ice dance at that level,” he shared. “I think I want to know more about Ice Dance but keeping up as a competitor at the same time is really hard. I just love to perform, that is where my heart is in. Being a performer and being a competitor and perform is a little different. However, if I compete, I gain more experience every day, more competitions is a positive thing. Our main goal every time is to take it step by step. Going into Worlds, it's our first time to compete with the World teams and that will be the first time to see where we are at in the world. After competing at Worlds and see where we place I will feel if I want to continue. It will be very clear,” he explained.

Takahashi can count on Muramoto in whatever direction he wants to go. “I love Ice Dance, I love competing. If he decides that it is not for him, then that it's for me, too. He is my last partner, there is no one else I would skate with. Whatever his decision, I respect that. We also can create programs at ice shows,” she said.

“I think we'll know after Worlds. We'll see where our heart is, but we definitely love to perform, we love Ice Dance,” Daisuke concluded.