There's a lot at stake at Hamar's 1994 Olympic Speed Skating oval this weekend. The World Cup rankings are very close and only twelve Skaters per distance will qualify for the ISU World Cup Speed Skating Final in Salt Lake City on March 9-10. Olympic 10,000m Champion Ted-Jan Bloemen is one of the skaters who has to perform in order to qualify.

Close affairs in the long distances

After winning the Olympic title, Ted-Jan Bloemen (CAN) went on a backpacking holiday in Asia for two months. Picking up the strict training regime appeared to be difficult in the summer. The Dutch born Canadian relegated to the B Division in the Long Distance World Cup, he finished second in the 5000m B Division at the fourth leg of the World Cup in Heerenveen in December, but his fourteenth place in the long-distance ranking is not enough to qualify for the World Cup Final yet.

Aleksandr Rumyantsev (RUS) leads the long distance World Cup, but Sverre Lunde Pedersen (NOR) is only five points behind in second. Danila Semerikov (RUS), who surprisingly won the 5000m in track record time in Heerenveen, is another five points behind in third place. Patrick Roest (NED) and Sven Kramer (NED) will not skate in Hamar.

The Ladies' 3000m is a close affair in the top of the rankings too. Isabelle Weidemann (CAN) is in pole position after a gold medal in Tomakomai, (JPN), and second places in Tomaszów Mazowiecki (POL) and Heerenveen (NED), but Olympic 5000m Champion Esmee Visser (NED) comes second, trailing five points, while multiple World Champion Martina Sáblíková (CZE) is third only ten points from the leader.

Saturday's Sprint events will feature the fastest Men on ice, with Pavel Kulizhnikov (RUS) and Kjeld Nuis (NED) both present for a 1000m showdown. The Russian European 1000m Champion and the Dutch Olympic 1000m champion both won two 1000m World Cup races so far this season, but they both skipped one World Cup, leaving Håvard Lorentzen (NOR) to lead the ranking, after three fourth places and a bronze medal.

Both Kulizhnikov and Lorentzen will skate the 500m too. The world record holder and the Olympic Champion will challenge the World Cup leader Tatsuya Shinhama (JPN), who won the two 500m World Cup races on home soil in Tomakomai.

Vanesse Herzog (AUT) defends a solid lead over second and third ranked Olga Fatkulina (RUS) and Brittany Bowe (USA) in the ladies' 500m, but Nao Kodaira (JPN) is her main rival in the shortest distance in Hamar's Vikingskipet. The Japanese empress of the Sprint, trails Herzog by 90 points in fourth place, because she skipped the third leg of the World Cup in Tomaszów Mazowiecki, but she won all the other 500m races so far this season.

Bowe leads the 1000m World Cup ranking after having won the last two races in Tomaszów Mazowiecki and Heerenveen. Miho Takagi (JPN) is ranked second after three second places this season, but she has chosen to skate only the 3000m in Hamar, leaving the field open for third ranked Herzog to take her place. 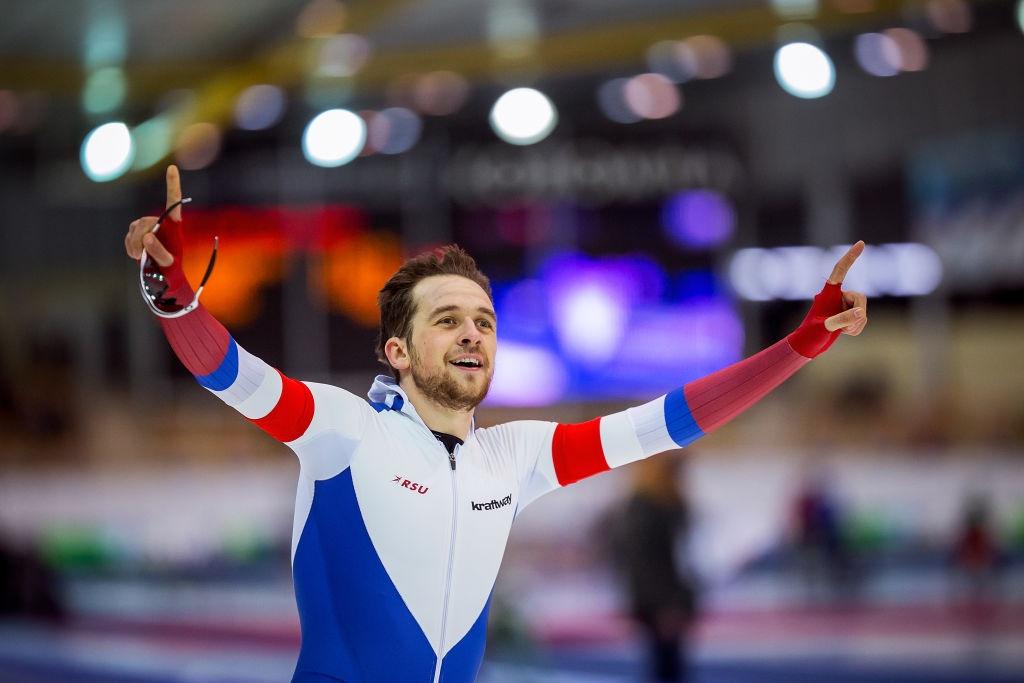 Ireen Wüst (NED) and Miho Takagi (JPN) leave an open playing field in the Ladies' 1500m. The numbers one and two of the World Cup ranking will not skate the final Ladies' distance in Hamar opening up an opportunity for third ranked Brittany Bowe (USA). With a gold medal she would set a major step towards the overall distance win in the World Cup. Fourth ranked Lotte van Beek (NED) and fifth ranked Francesca Lollobrigida (ITA) will be her main rivals.

The Hamar ISU World Cup Speed Skating event begins with the long distances, 3000m for Ladies and 5000m for Men, on Friday. On Saturday it's short and sweet with the Sprint distances 500m and 1000m for both Ladies and Men and on Sunday both genders will skate their second 500m and the 1500m.

For full entry lists and further information regarding the ISU World Cup Speed Skating Series please visit: isu.org/speed-skating. Results are here and you can follow the discussion on social media by using #WCSpeedSkating and #SpeedSkating.

The ISU World Cup Speed Skating Series will be available as a free live stream in some countries on the ISU Skating Channel.