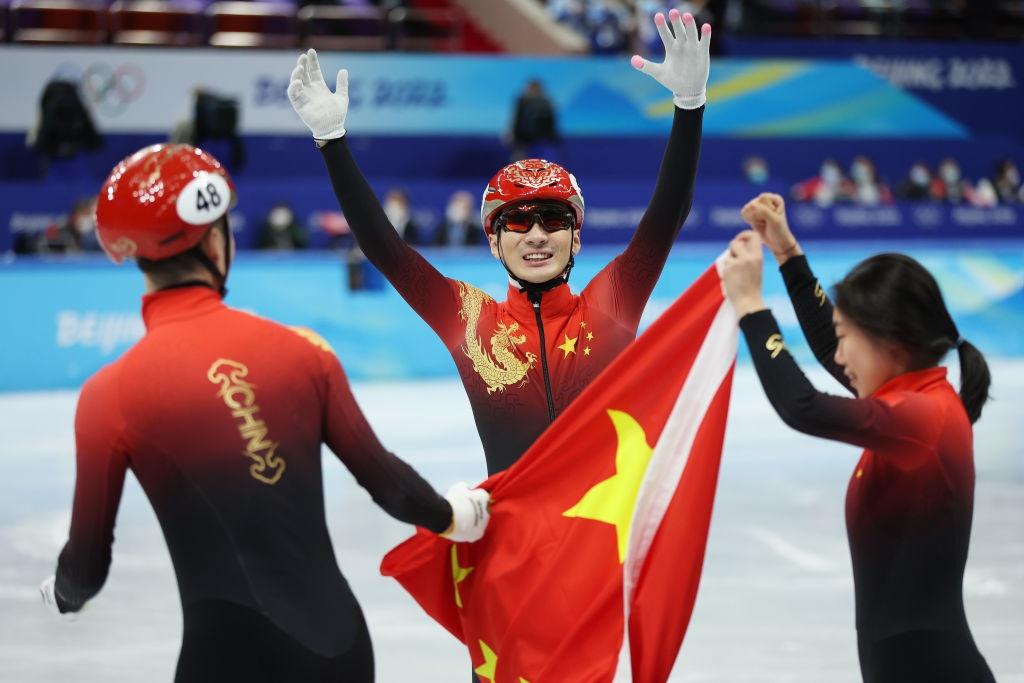 Host country China clinched their first medal at the Beijing 2022 Olympic Winter Games, and it was the gold in the Mixed Relay as the Short Track Speed Skating competition started at the Beijing Indoor Stadium Saturday. It was a turbulent competition that saw favorites tumbling. The Mixed Relay with teams consisting of two women and two men is a new Olympic event.

#TeamChina start the Year of the Tiger with a bang! 🇨🇳🐯🎇

China edged Italy for the gold medal while Hungary earned the bronze.

It was tight race in the Final between China and Italy. The Italians grabbed an early lead until the Chinese around their stars Dajing Wu and Ziwei Ren caught up to take the lead from the sixth lap on. However, Italy - led by Short Track legend Arianna Fontana - remained in close contention until the very end. Fontana won her ninth Olympic medal and is now the most decorated Short Track Speed Skater in history, surpassing the eight medals won by Viktor Ahn for Korea and Russia and by Apolo Anton Ohno (USA).

The Chinese had to overcome a shock in the semifinals when they almost failed to qualify for the Final. The hot favorite fell back and did not manage to catch up, but then got back into the Final when the USA were penalized for blocking an infield Skater. ROC was penalized as well for obstruction by an extra Skater on the track. 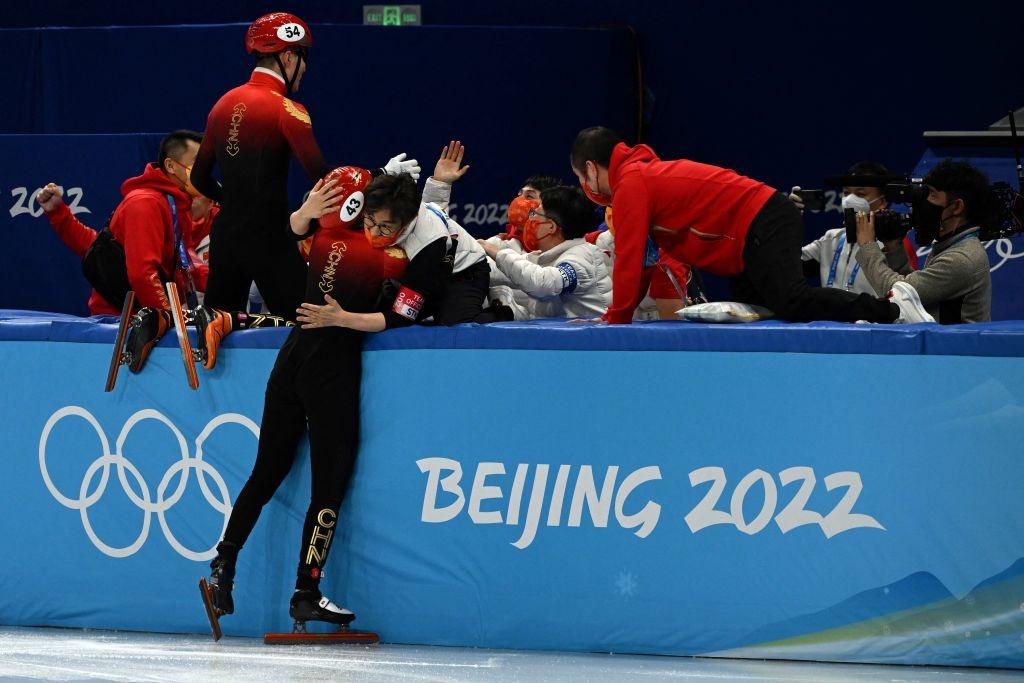 “This is my second Olympic medal and we have worked four years for it and kept pushing the envelope. The semifinal was exciting, but we never gave up, not for a second, and we encouraged each other while waiting for the result (of the review),” Wu said. “We are very happy to win the first gold medal for China and it is a motivation for the teammates. This is a very good start and hopes are high for the coming days,” he added.

Italian and Hungarian teams also on the Olympic podium

Italy and Hungary made it safely through the quarters and semis to reach the Final.

Fontana was joined by Martina and Arianna Alcepina, Andrea Cassinelli, Yuri Confortola and Pietro Sighel on the team. “I am very happy with my medal, it is the right way to start the Olympic Games. It is a big booster for the next events,” Fontana shared. “We did very well as a team, we wanted this medal, we worked hard and race by race we were able to stay focused and concentrate on the main goal – to make it to the next round. We made it to the Final and we looked each other in the eyes (saying) ‘we got to do that’. It is a pretty amazing feeling, I have lots of energy now for the next events,” she continued.

Fontana is competing as well in the individual distances and the Women’s Relay. 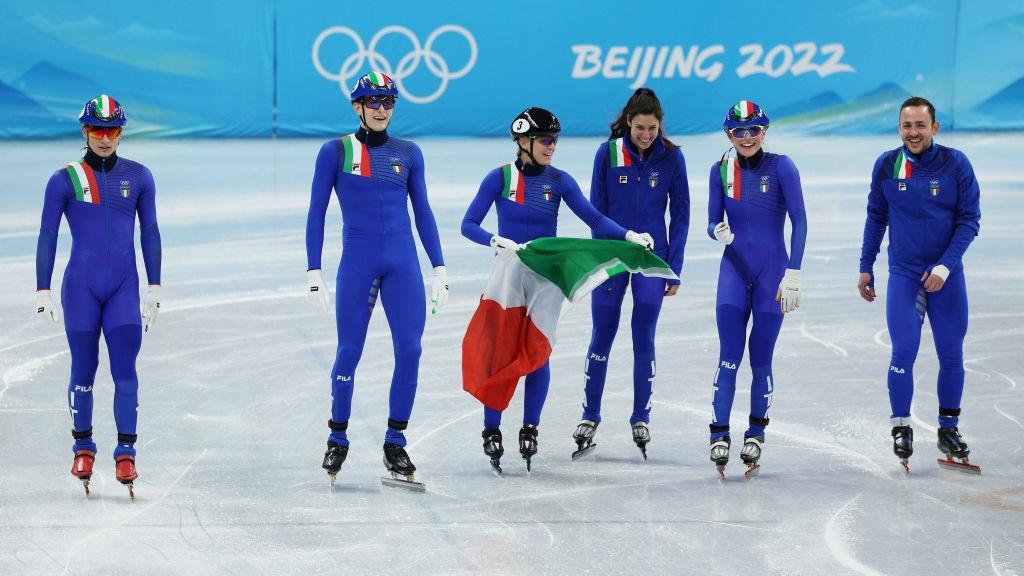 Hungary with Shaoang and Shaolin Sandor Liu, as well as Canada fell back in the Final when two of their Skaters tumbled to the ice. Both teams raced for bronze, but Canada around three-time Olympic medalist Kim Boutin was then penalized for a push from behind causing contact. 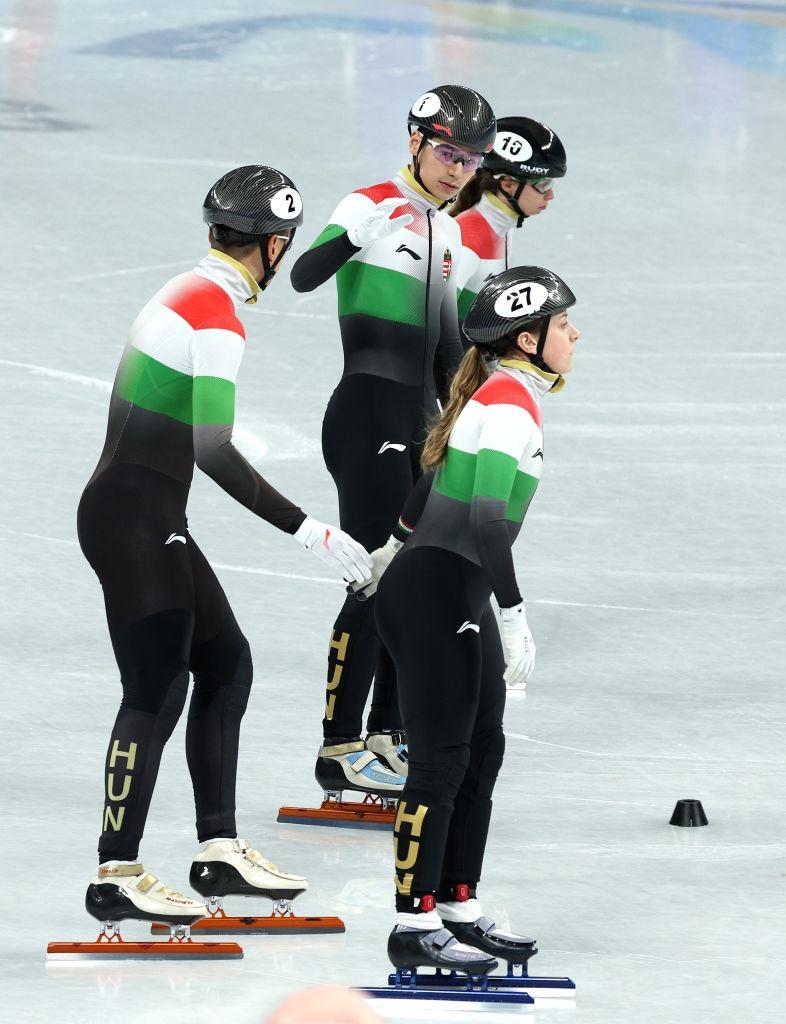 “It was a good day, I was not nervous. I was looking forward to the day and I felt good on the ice, the 1000m (heat) was very good. We took it step by step and everyone did a very good job,” Liu said. “We made it to the final and we could not image to be here as we barely skated the Mixed (Relay) in the World Cup,” he explained.

A total of 12 teams competed in the inaugural Olympic Mixed Team Relay.

In the Men’s 1000m medal hopefuls Sjinkie Knegt (NED), Dajing Wu (CHN), Ziwei Ren (CHN) and brothers Shaoang and Shaolin Sandor Liu  (HUN) qualified for the next round as expected.

The Finals will take place on Monday, February 7.