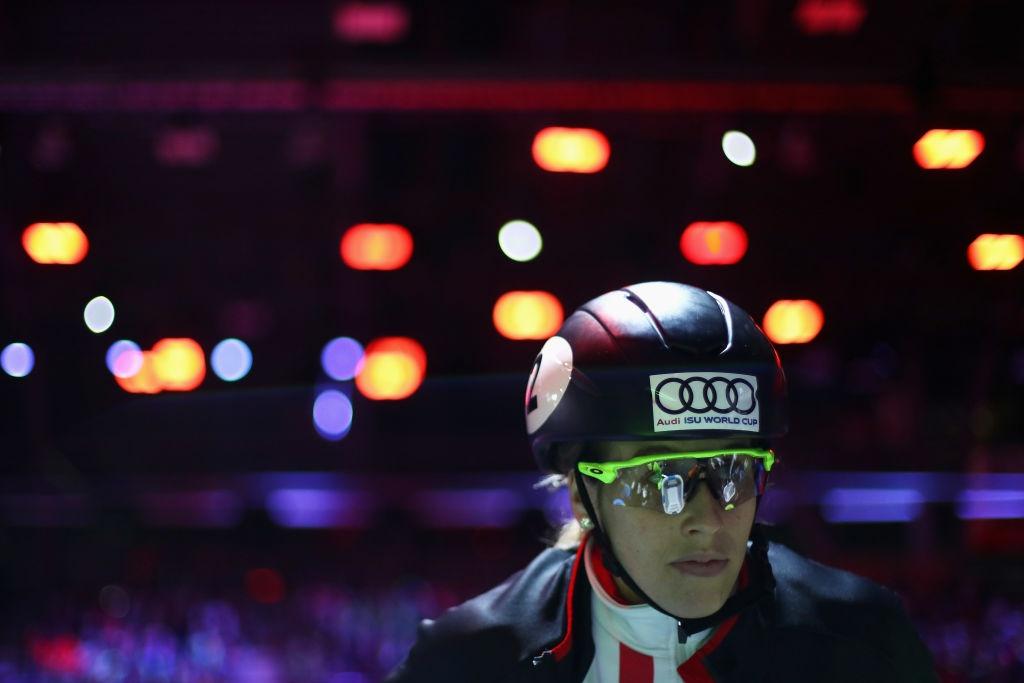 Marianne St-Gelais was a bright light in the world of Short Track Speed Skating, and not just because she was so fast. The Quebec skater was undeniably competitive – and sometimes looked unbeatable over 500m, her favorite distance – and also incredibly popular. In the world of sport, many athletes like to look unreadable, wearing a serious ‘game face’ at all times. Not St-Gelais: she was always laughing, joking and making others have a good time, too. 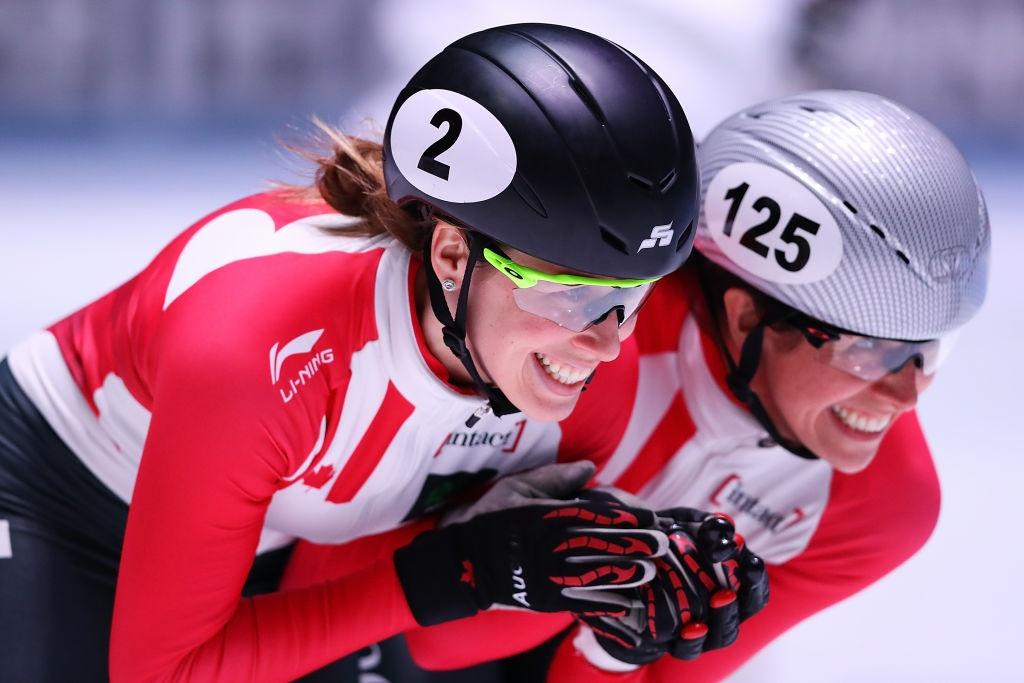 “When I was young, people said I had no future in Short Track because I was so different from the others,” she said in 2017. “I had fun. I was making snowmen on the ice. People said I wasn’t serious. But that was my way to see my sport.” Anyone who raced against St-Gelais knew she wasn’t messing around when it came to race time. 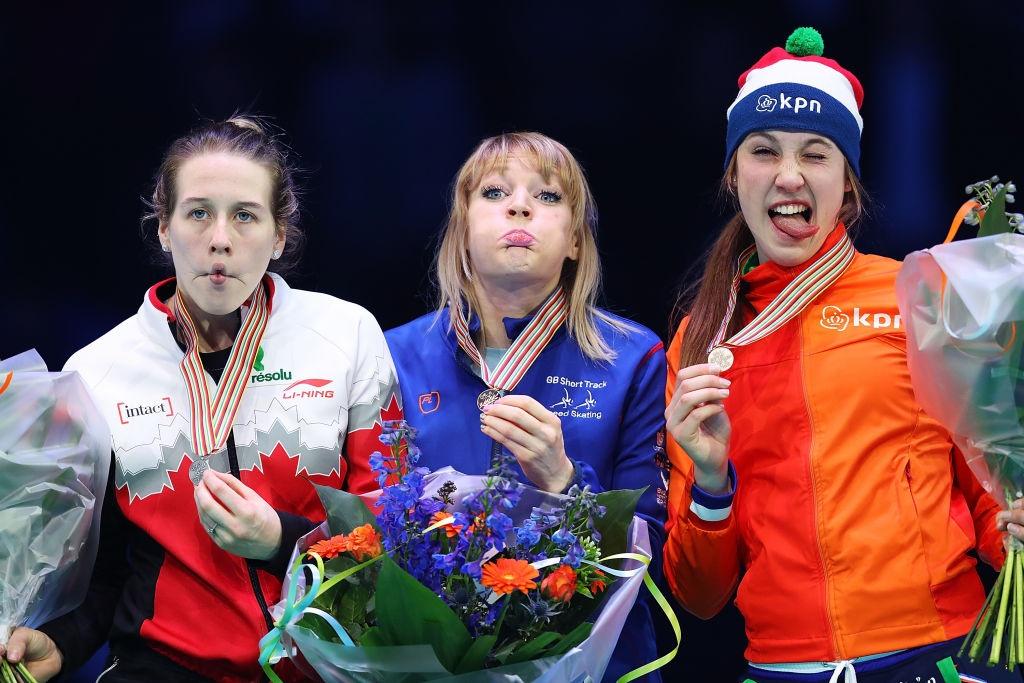 She began skating at the age of ten – after a neighbor who was president of the local club persuaded her to give it a go, needing more recruits in order to keep things running. St-Gelais was a natural. She excelled at junior level and decided to relocate to Montreal to train full-time at the National Training Centre. 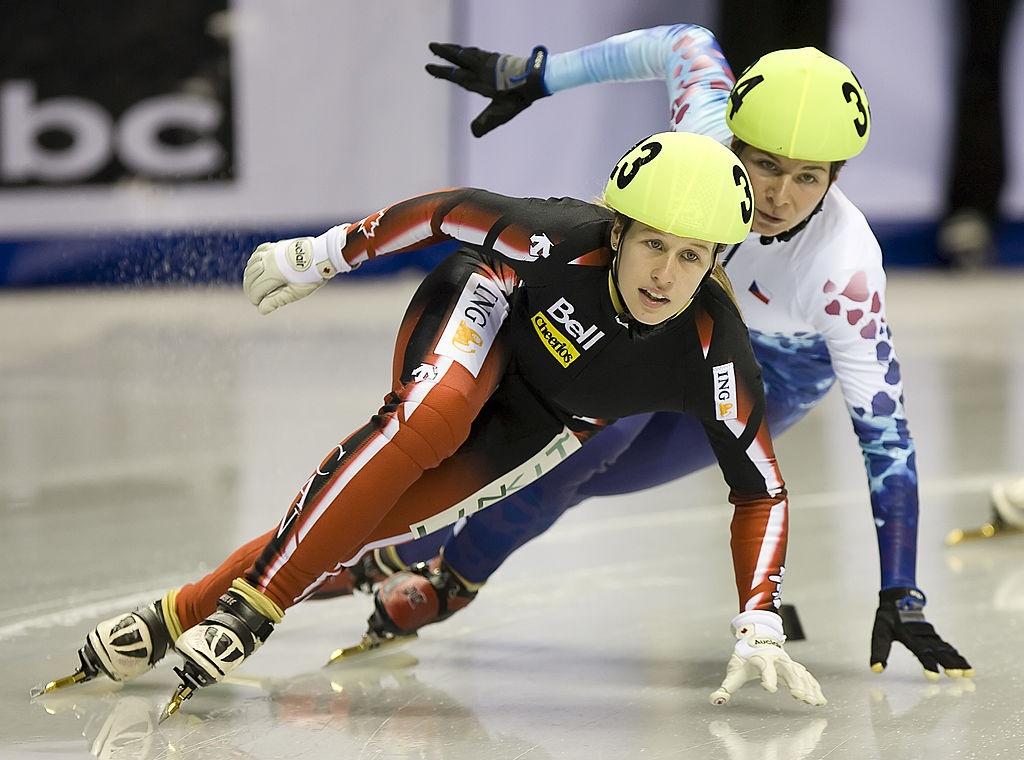 Her timing was impeccable: the Vancouver 2010 Olympic Winter Games were on the horizon. “When I arrived in Montreal [to train] two years ago, the plan was always to focus on 2014, so if I don’t make it for 2010 I won’t be devastated,” St-Gelais said at the start of the season. “But I would love to be able to go and I’ll be working hard this season to make it.”

A senior medal soon followed – at the 2009 Vancouver ISU World Cup Short Track Speed Skating, she won silver in the 500m. Despite her youth, St-Gelais’s form meant she could not be ignored for the Canada Olympic team. 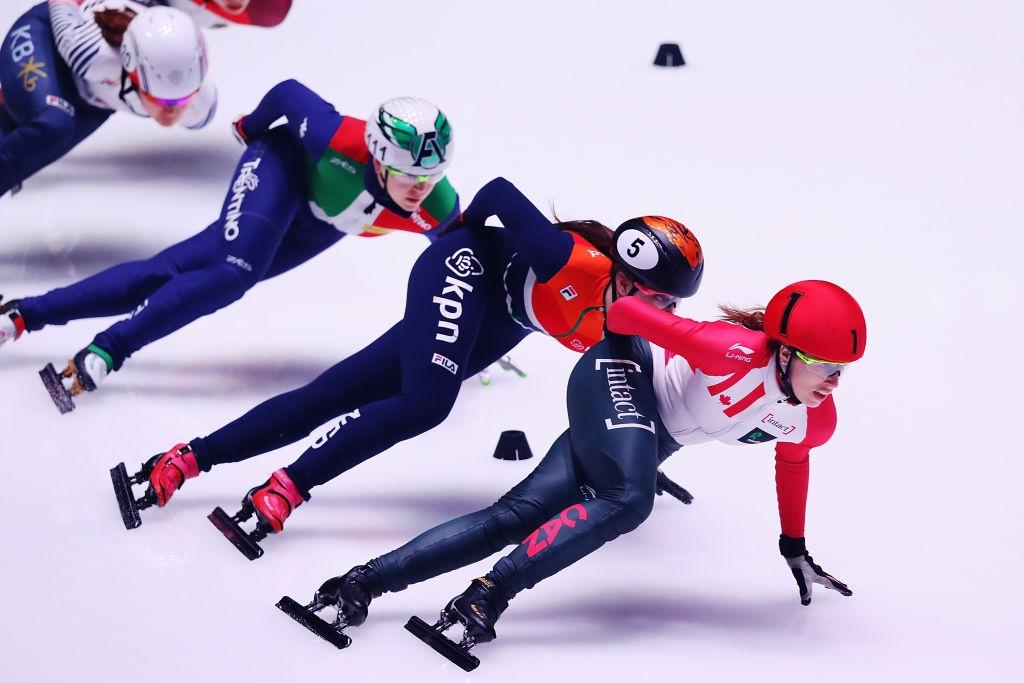 Her greatest moment came at those Games. On her 20th birthday, St-Gelais won the silver medal, behind Chinese legend Wang Meng and ahead of Italy’s Arianna Fontana. And a few days later she added another Olympic silver to her collection, as part of the Canada team that finished second in the 3,000m Relay, behind China. She was soon one of the most popular people in Canada, and became more high-profile thanks to her relationship with fellow Short Track Speed Skater Charles Hamelin. The following season, she was immaculate in the sprint. St-Gelais was overall 500m ISU World Cup Short Track Speed Skating champion in 2010/11, after clocking five wins in the distance. “I like to keep things simple,” she said at the time. “I want to win. I want to be the fastest woman in the world.” 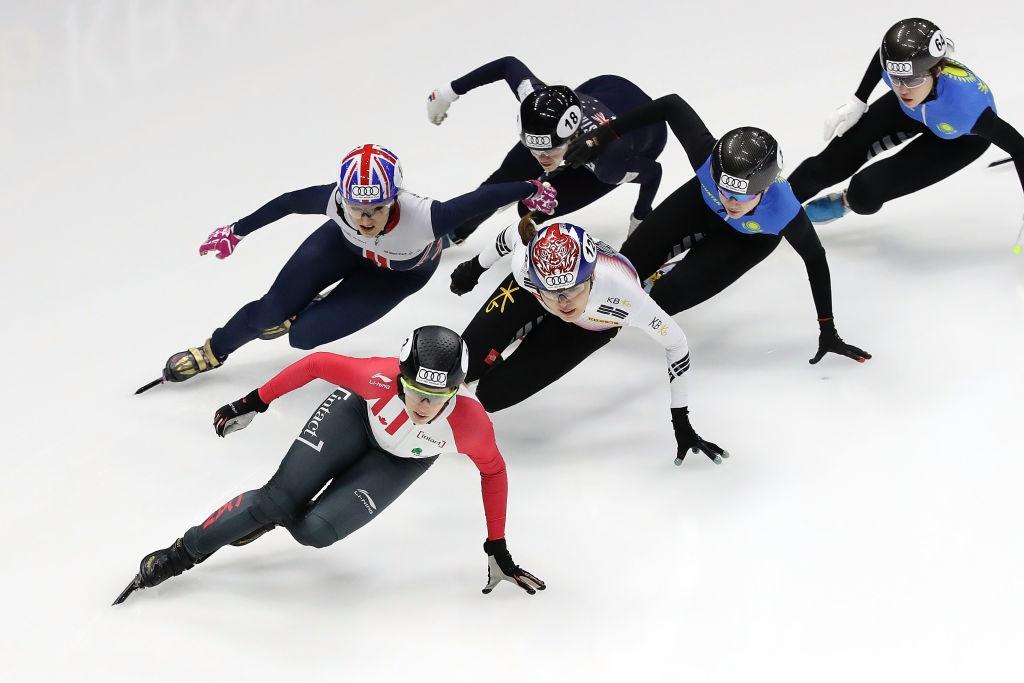 But St-Gelais never quite got gold at the very top level. She won bronze in the 500m at the 2010 ISU World Short Track Speed Skating Championships, and didn’t get an individual medal in her best year, 2011, at the Worlds. While many fancied her to become the first Canadian woman to take the overall world Short Track title since Nathalie Lambert in 1994, she never hit those heights.

She picked up a 3000m Relay silver at Sochi 2014 but was disqualified from the 500m for interference at PyeongChang 2018. A bronze in the 3000m Relay at the 2018 World Championships in Montreal was her final taste of competitive action; St-Gelais retired at the end of the season. 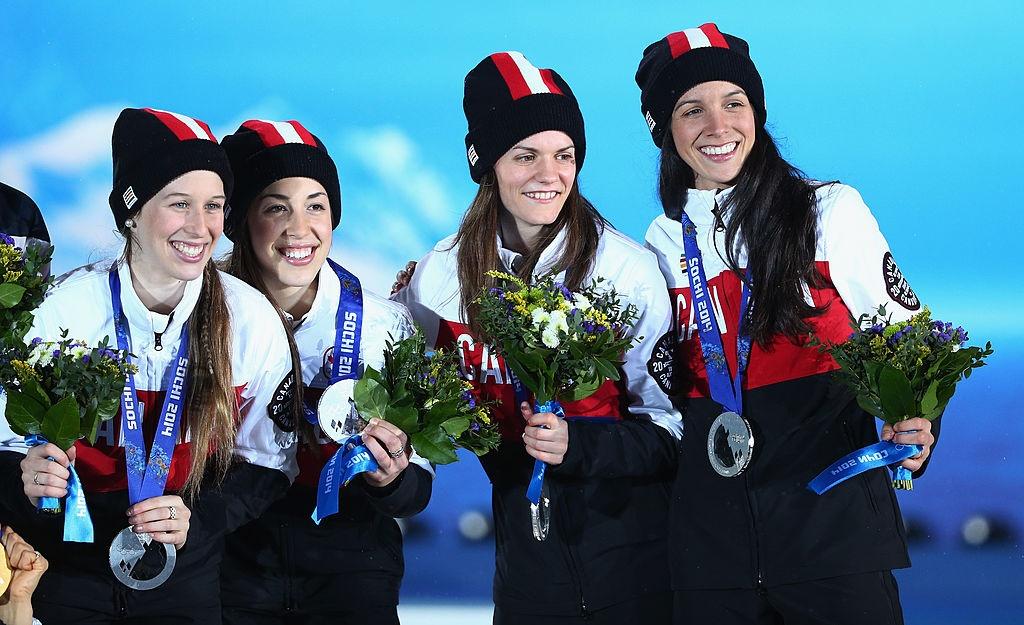 Now 29, St-Gelais is exploring her next steps. She has taken a well-earned break, but has still found the time to get involved with a lot of charity work, using her profile to help raise money and awareness for Reves d’infants and Operation Enfant Soleil (“the causes that are close to my heart are those that affect children and the promotion of healthy lifestyle habits”, she says)

She has certainly been a huge influence on her teammates; young skaters coming through now, including Kim Boutin, have seen her as a tutor, mentor and friend. “I feel like I’m always following Marianne’s footsteps, talking to her, learning a lot,” says Boutin of their relationship. “She’s been through lots of things and can teach me a lot. That’s why we’re close.”

Whatever St-Gelais does next, it’s sure to be fun. 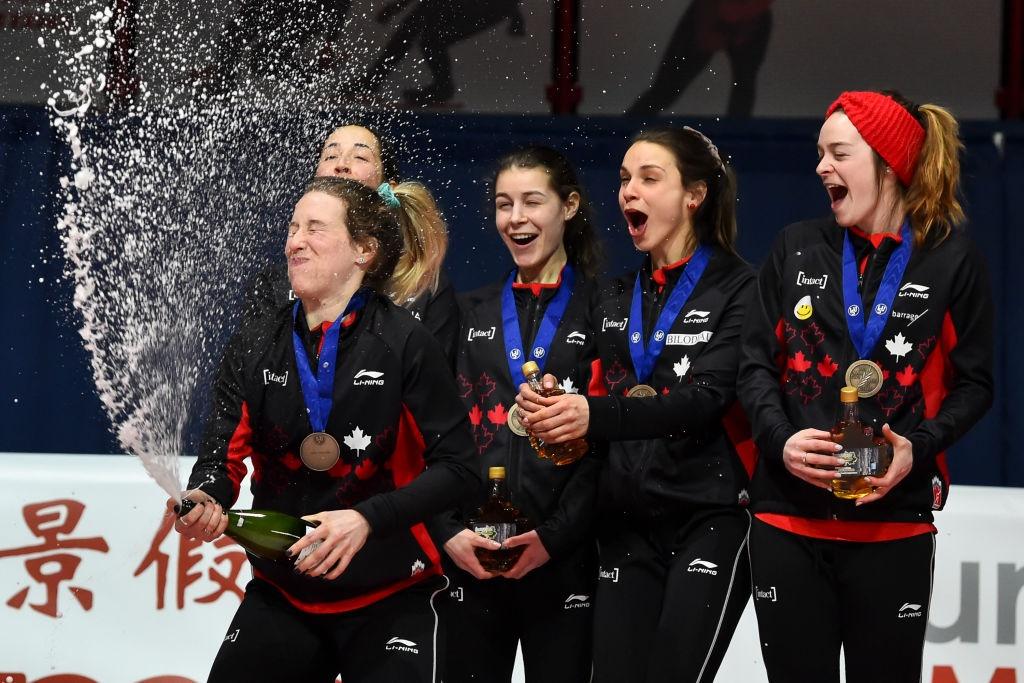 A season’s best: focus on the Republic of Korea

Past Master: Apolo Anton Ohno (USA) opens up on life lived to the max

A season's best: Focus on the Netherlands