Suzanne Schulting (NED) completed a remarkable grand slam of titles on Sunday at the ISU World Cup in Debrecen, adding the 1000m gold medal to the 1500m and 500m she had won on Saturday. Schulting has achieved this feat once before, at the 2021 World Championship in Dordrecht, but this weekend’s performance was possibly even more impressive. Back at that competition, the Korean and Chinese skaters were not participating. In Hungary, she defeated everything the rest of the world could throw at her.

The Netherlands phenomenon then anchored the Women’s team to victory in the 3000m Relay to complete a perfect weekend.

Was this the best she has ever skated? Perhaps, she conceded. “Winning the three races at the World Championships was really special because it was a home crowd and it’s a bigger competition, but this feels kind of the same because it was amazing, and all the world’s best skaters were here,” she said.

In the 1000m the whole field was gunning for Schulting. Maybe anticipating a risky physical battle in the pack, she took to the front mid race and maintained a high tempo.

Courtney Sarault (CAN) skated aggressively and was breathing down her neck, but was eventually penalised for changing line. Natalia Maliszewska (POL) meanwhile, looked like she might make a last-minute pass but was held off.

Choi Min Jeong (KOR) capitalised on the chaos to get silver, with Maliszewska taking bronze. 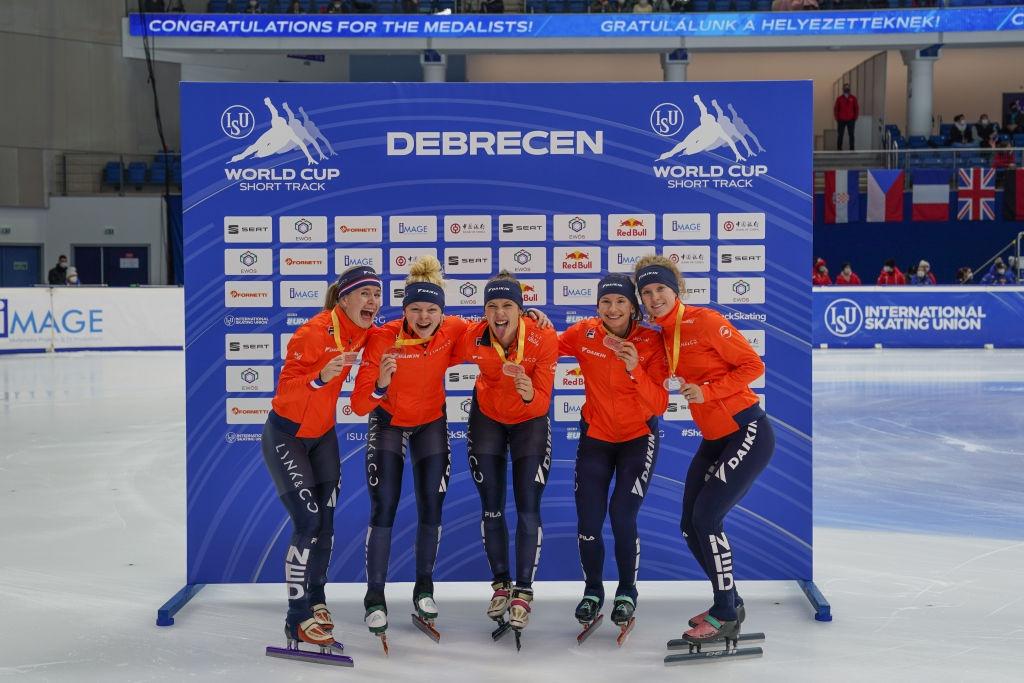 “The 1000m was crazy,” said Schulting. “I really felt the pressure from behind, it was the same in the semis, I did a great job with the lines. I’m so proud of myself.”

Maliszewska was delighted to get so close to the title. “At the end I was coming up to Suzanne and I thought, ‘oh my God, I’m going to make it,’ but I got bumped a bit. I’m still super happy with the race, though. I’ve trained really hard to get better at this distance, and it is coming together.

“Suzanne is just so good. I love watching her skate. She is a monster on ice. She makes me want to train harder, get stronger, and try to beat her.”

Schulting then joined Selma Poutsma, Xandra Velzeboer and Yara van Kerkhof to win the 3000m relay. Jostling again with Sarault of Canada and the Chinese racers, she held off another frantic assault to secure her fourth gold of the weekend. Canada got silver with China winning bronze. 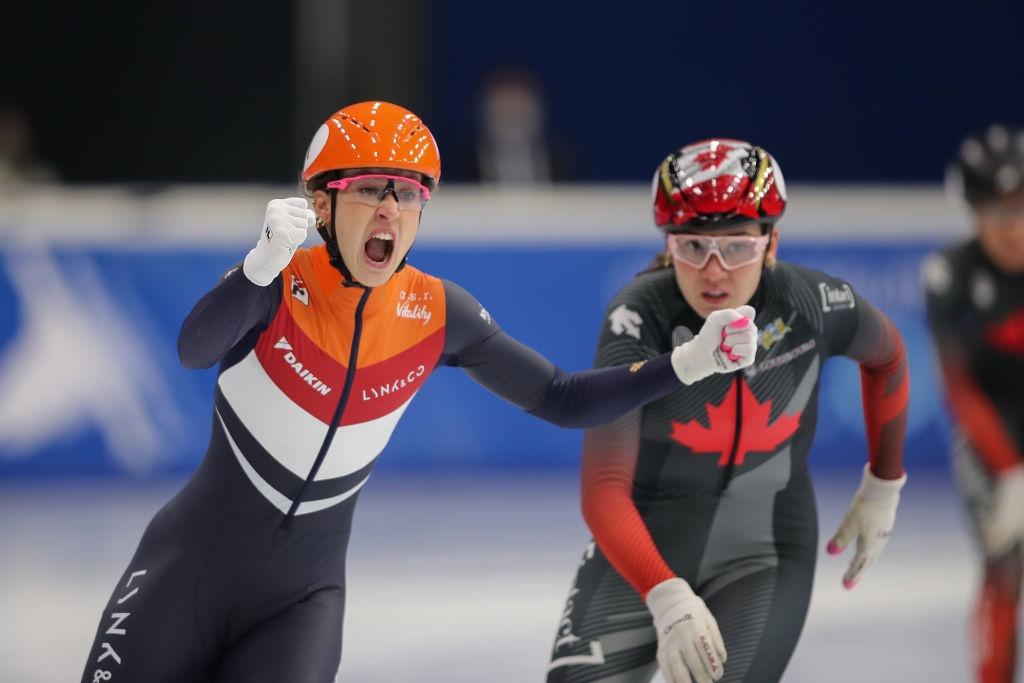 “It was really amazing,” said Schulting. “We couldn’t finish better and we did an amazing job in the relay, so I’m super proud of the girls.”

She also savoured the rowdy Hungarian atmosphere – a real change for a year and a half winning medals in arenas without spectators. “It’s so nice to have a crowd again,” said Schulting. “There was a bunch of Chinese fans, which is great, and my mum got to come, which is really special, I could wave at her after I won.

“Everyone is so nice, and they were all screaming. To have some interaction with people again is really lovely.”

China won the 2000m mixed relay, with Canada second and France third. Next week the action moves to Dordrecht, a rink Schulting knows and loves. It will take something unexpected to stop her from gaining further glory.