Behind the scenes: US summer training with Brandon Kim and Andrew Heo 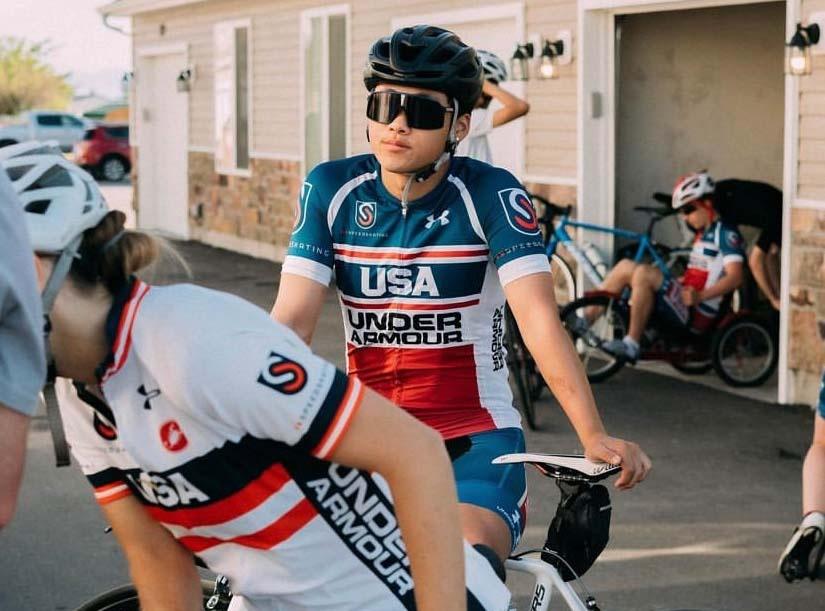 Andrew Heo and Brandon Kim look like the future of US Short Track Speed Skating: both in their early 20s, the two Skaters with Korean heritage made a real impact last season. When it comes to summer training however, they are taking very different approaches.

Andrew Heo, from Pennsylvania, has moved to Utah to train full time with the US Olympic team. He qualified for Beijing 2022, where he impressed fans with a 7th place finish in the 1000m. 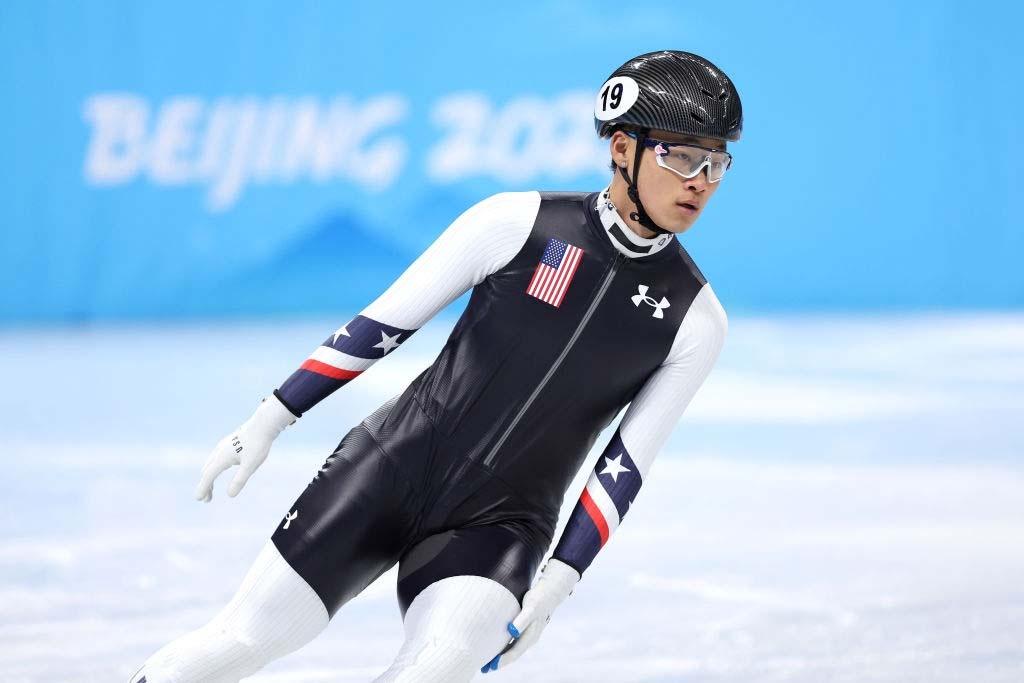 Kim, from Virginia, meanwhile, is balancing the life of an athlete with academics: a brilliant scholar, he is about to attend the prestigious Stanford University – while simultaneously training with a view to eventually making it to the Milan-Cortina 2026 Olympic Winter Games. Kim is therefore doing less intensive work – but it still hurts. “I’m at my local rink, so I set my own pace, it’s not as intense as when we are at national team training." 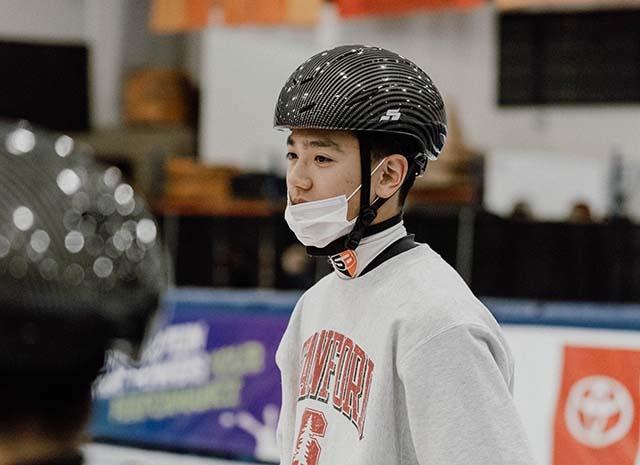 “But you still put in the laps. On the ice you’ve got 13 lappers, 20 lappers – they are horrible, but you’ve just got to do them,” he said. He’s also in the gym doing squats and trap bar deadlifts. Kim, who has always had Korean coaches, does a lot of dry land training. “I’ve always trained Korean style, with lots of dry land work – jumps, imitations, belts,” he said. “Doing those drills really helps my technique on the ice. I’ve always done more of that than bike rides or the gym, but it’s worked well for me.”

Heo, meanwhile, is fully immersed in US team training. For them, bike camps are a big part of pre-season. “In Utah we bike a lot, and I’ve been back on the ice since June 6. We are finding a base, and doing weights four times a week,” he said.

This year, post-Olympics, he is taking it slightly easier than usual. “I need to do more recovery and stretching, but I feel this is an off season where I’ve tried to do other things and be human again. I needed a break mentally and physically. It feels weird being a normal person and doing some fun things and travelling. So it’s going to be a year where maybe I don’t maybe expect so many medals too soon, and just keep building up again.”

Both racers got into the sport via local Korea communities.

“I was inspired by Vancouver 2010 – I watched Short Track and thought ‘that’s what I want to do’,” said Kim.

He soon found success, winning bronze in the 3000m Relay at the 2017 ISU World Junior Championships, and then regularly making it into top 20s and top 15 finishes on the World Cup tour. In Nagoya (JPN) last season, he showed his full potential with a brilliant 4th place finish in the 1000m. “I made a big jump this past season,” he said. “I think my best quality is probably explosiveness. I can pick up speed quickly, and make passes quickly.” 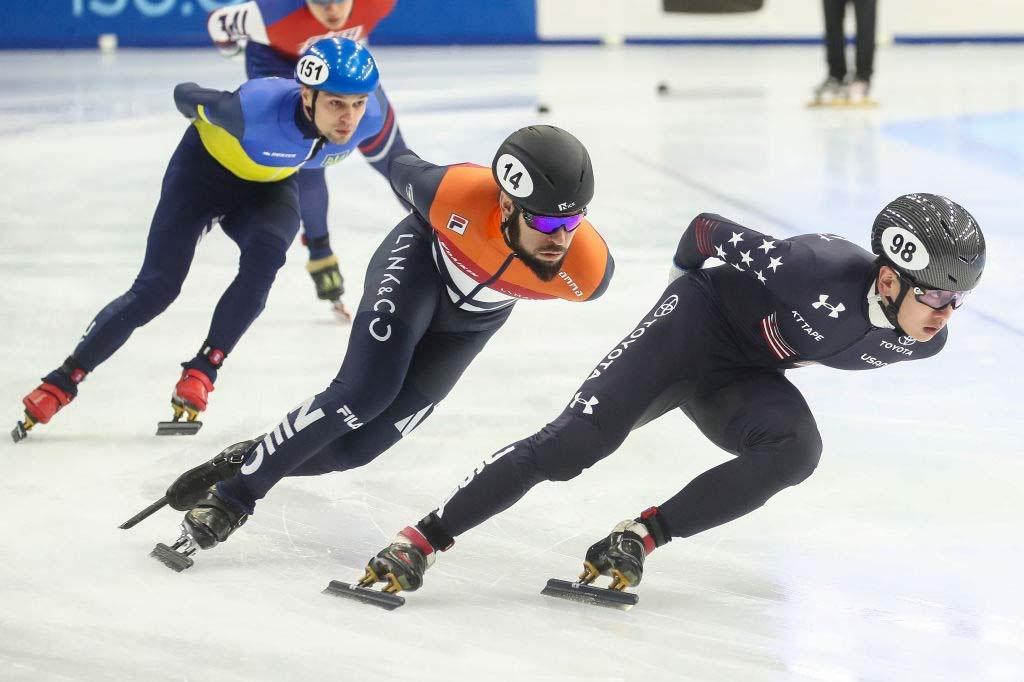 Heo also progressed fast from a young age. “My cousins got me into the sport, and when we moved to Maryland, I joined Wheaton Speed Skating club, where the Korean Olympic medalist Kim Dong-sung came to coach,” he said. 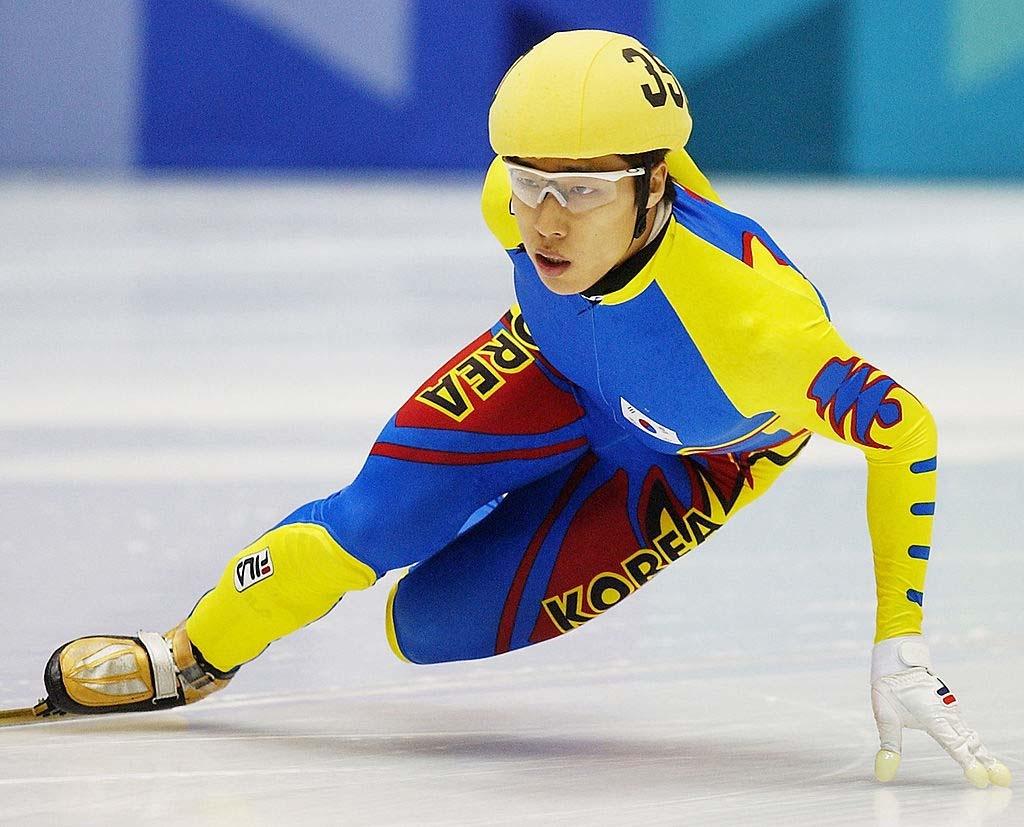 Heo also got good at skating fast. His mum made the sacrifice of moving with Andrew and his brother Aaron (who has also represented the USA in Short Track) to Utah, so that they could join the international set up. The brothers’ father stayed in Maryland to run his business. “It was a huge sacrifice for them to do that,” said Heo. “But my family saw that the programme in Utah works. I came out in 2016, tried it, and I skyrocketed.

His 7th place finish came as a surprise. “I didn’t expect anything past the quarters, with all those top Skaters together, it was such a hard field, so I am super grateful I made it that far,” he said. “It is something to be proud of, something my family are proud of.”

Both men see a strong future for themselves, and for US Men’s Short Track which, unlike the women’s field with the likes of Kristen Santos in particular excelling, has been short on winners for a while. “It’s been some time since we had an Apolo Ohno,” said Kim. “I think it’s because there are so many new countries doing so well now, whereas in the past you were mainly just up against Korea, China and Canada."

“But Utah is a good facility and we have a good young group. I’m aiming to balance education and skating for a while, then look to come back full time and see how US skating can support me towards the next Olympics.” Heo added: “we’ve got a lot younger as a group. A lot of people leave this sport in their mid 20s. But I think the US is headed in the right direction. Our coach is someone we can trust, and the programme is working. We are on the right trajectory to become one of the top countries.”

Behind the scenes: Training with Belgium’s trailblazer Hanne Desmet

A day in the life: Legend Arianna Fontana preparing in ‘full mode’ for fifth Olympic season