It was the first time out and no one knew what to expect, but the Mixed Gender Relay on the Sunday of the ISU World Cup Speed Skating Final tasted like more. China's Li Qishi and Kahanbai Alemasi will go down in history as the first winners of the new event, which concluded the 2019/20 season in Heerenveen. The participants unanimously agreed that the Mixed Gender Relay has a lot of potential for the future. "I hope so," Isabelle Weidemann (CAN) said. "I hope the crowd liked it, it was fun to do."

In the Mixed Gender Relay, teams consist of one male and one female skater. At the ISU World Cup Speed Skating Final, the teams were all compiled of skaters from the same country, but mixed-nation teams are allowed too.

In Heerenveen, there were two heats, one with three teams and one with four. The team with the best time over 6 laps would win. 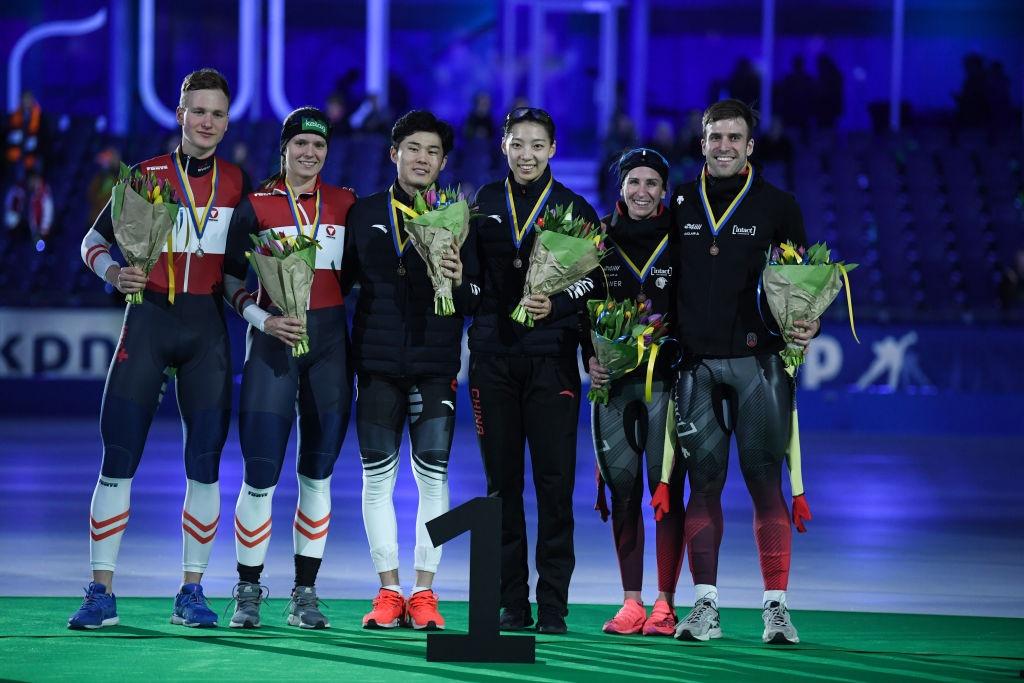 Team Austria, Team of China and Team of Canada during the medal ceremony for the Mixed Gender Relay at the ISU World Cup Speed Skating Final 2020©International Skating Union (ISU)

Li and Kahanbai stopped the clock at 2:58.54, pipping Vanesse Herzog and Gabriel Odor (AUT) to the line. The Austrian couple finished in 2;58.99 to take second place overall.

Canada's Ivanie Blondin and Antoine Gélinas-Beaulieu won the second heat in 3:00.21 to take the overall bronze. 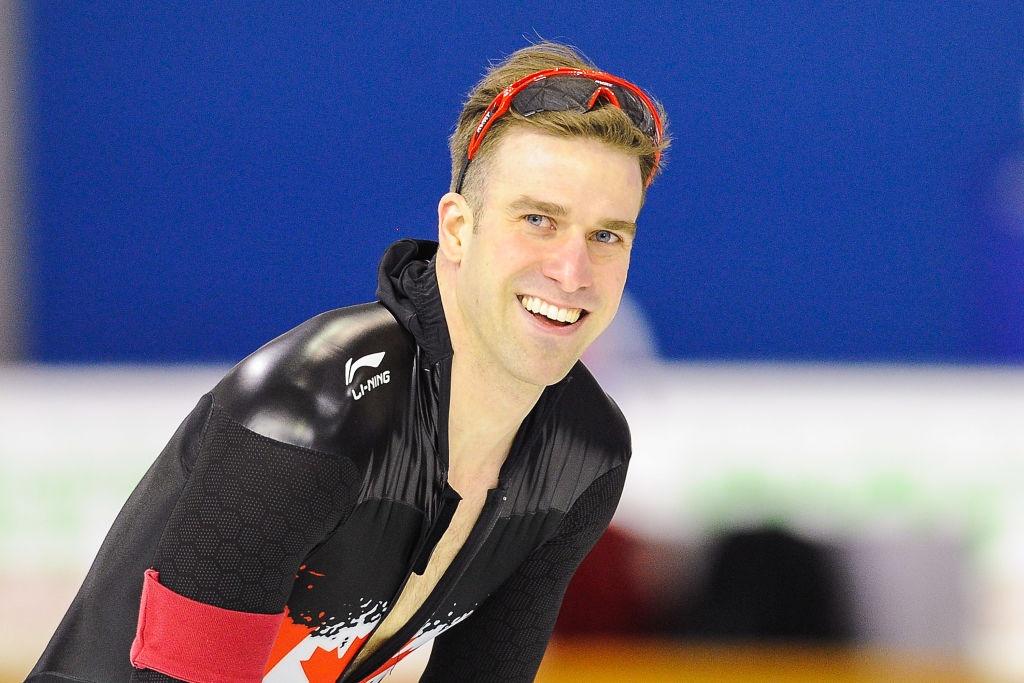 "Nowadays, in the year 2020, it has a lot of potential," Odor said. "You see in almost every sport that there's a mixed event. It would be perfect for Speed Skating if there's also Mixed Gender competition." 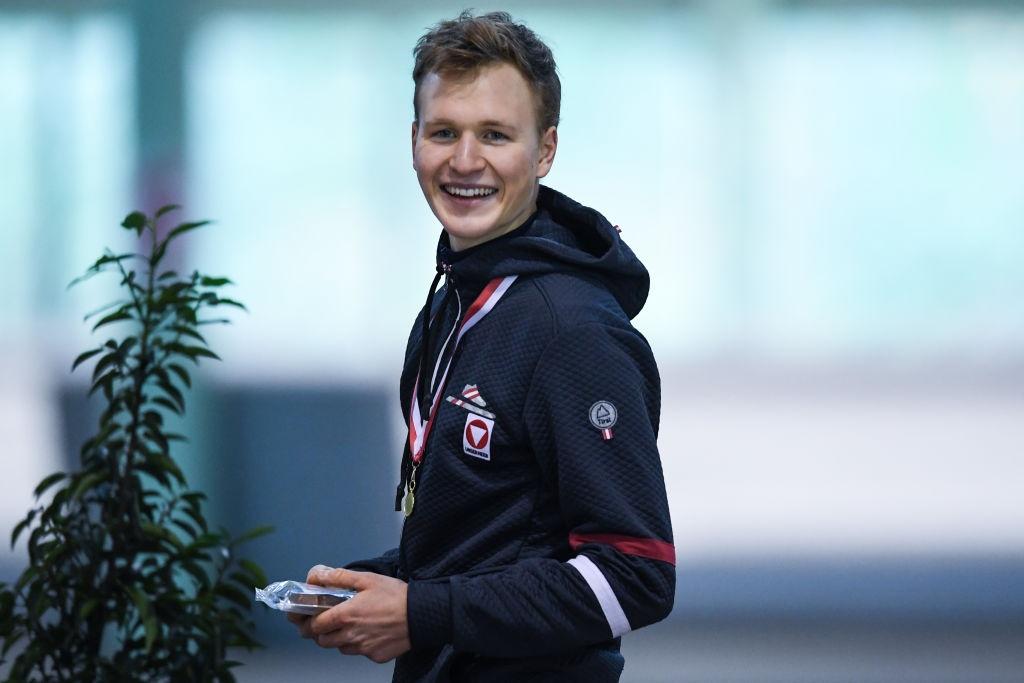 However, as a new event, skaters still need to get to grips with the ins and outs of it, including for the changeovers, that weren’t always that easy. Although Herzog said that the changeover was easier than she and Odor had expected beforehand, it caused quite some trouble in the two competing Canadian teams. 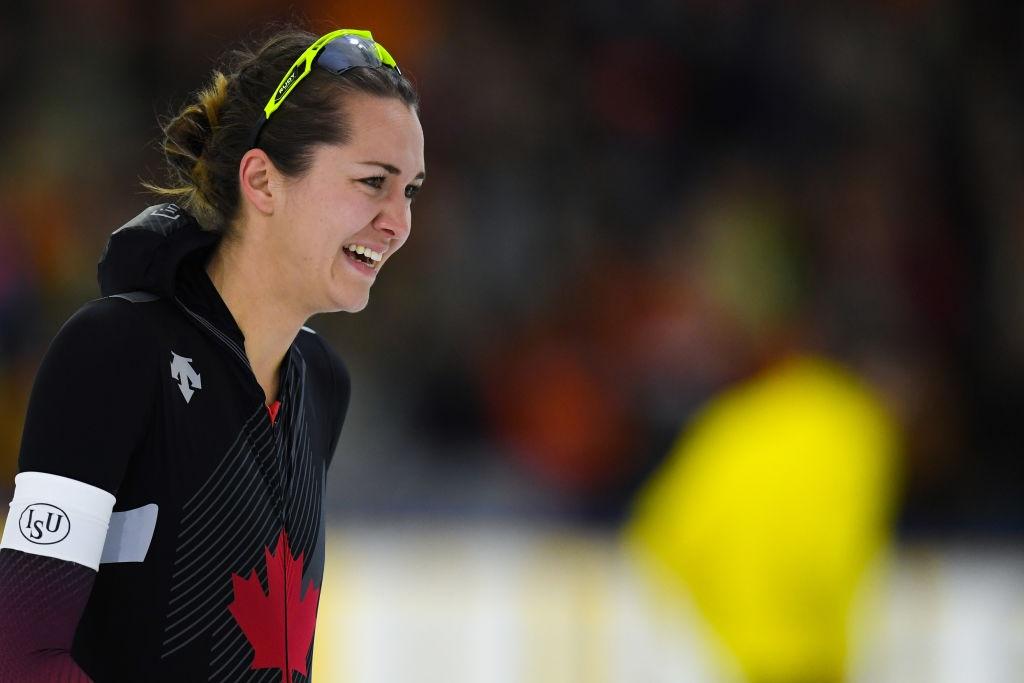 Both Weidemann, who skated together with Fish, and Blondin had trouble taking over from their male team-mate.

"We practiced it twice and it went ok," Blondin said. "But I missed the exchange [in the race] today. It happens, it's the first time we really did it at speed." As she said “I think everyone is trying to figure it out.” 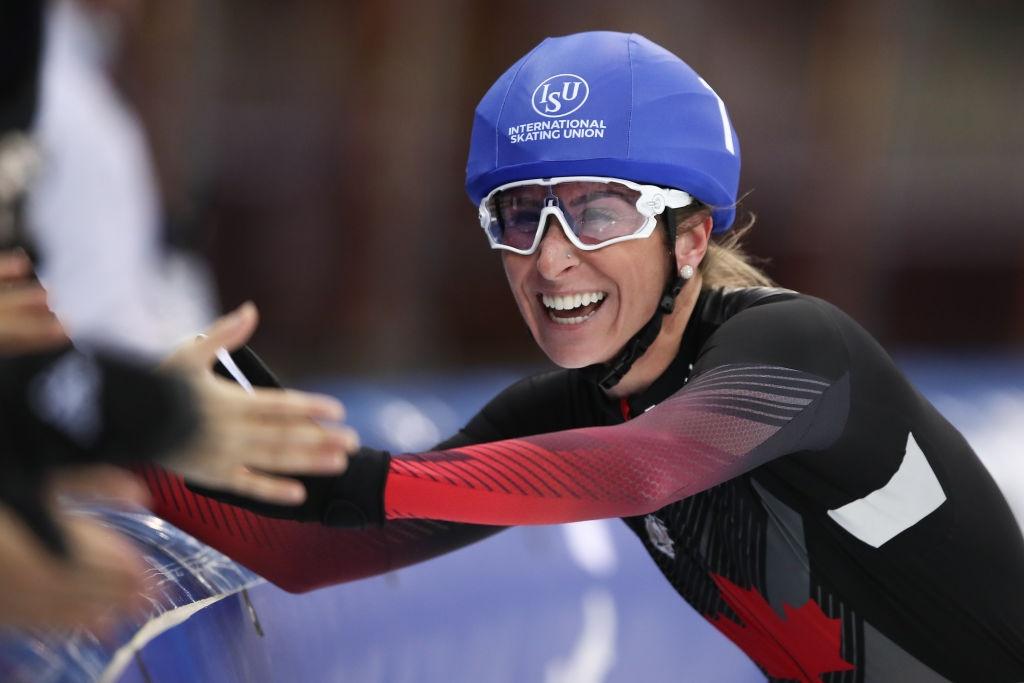 Like Odor, Blondin thinks the Mixed Gender Relay could become a serious event in the future: "Yes, I think so. The Mass Start and the Team Sprint also started this way.

Weidemann said: "[It has a future] definitely, especially at the end of a weekend. At an event like this [ISU World Cup Speed Skating] it's fun to mix it up [gender and nation] and do different things, especially for the smaller countries. Some of the countries only have one athlete or two, I think it's a good event for them." 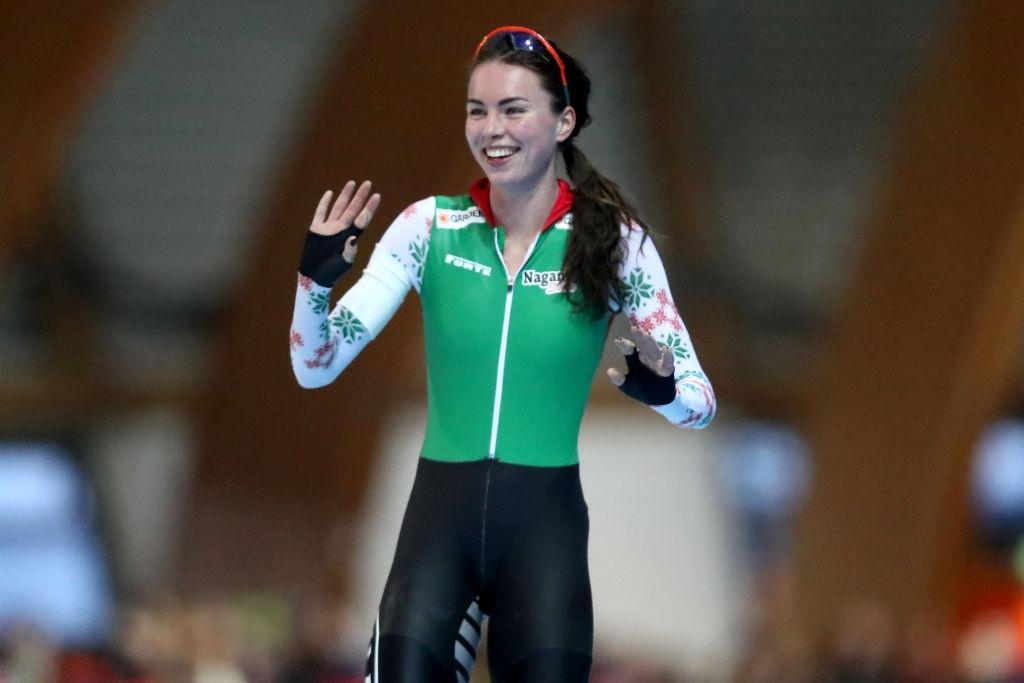 Belarussian Marina Zueva represents one of the smaller countries in Speed Skating. She came fifth in the first ever Mixed Gender Relay together with Vitaly Mikhailov and said: "I like it. It’s a game, fun on the last day of the season.

"It's interesting for the spectators and for the athletes too. The classic distances, skating a lot of laps, it can be a little bit boring. Something like this makes it interesting."