Gabrielle Daleman (CAN) keeps fighting her way back

Figure Skating is a glamourous sport, but there is a dark side to it that not many people talk about. Behind the glitter, pretty dresses, dance, music and beautiful smiles, Figure Skating is a very tough sport. Canada’s Gabrielle Daleman has seen a lot of this dark side. The 2017 ISU World Figure Skating bronze medalist is only 23 years old, but she struggled with injuries, mental health issues, bullying and yet she is still here and still loves the sport.

Daleman competed her second Olympic Winter Games in 2018, taking the gold medal with the Canadian team and just making it to Pyeongchang was tough as she had to undergo abdominal surgery in May 2017 and was off the ice for four months. It was not the only problem Gabrielle had to overcome. Following the success at the Olympic Games, things got difficult again. She hit her head in a fall in practice at the beginning of the post-Olympic season and withdrew from the ISU Grand Prix of Figure Skating series 2018/19 to focus on her physical and mental recovery. “I didn't know I suffered from mental health (issues),” she shared. “I was kind of up and down and then one day I just kind of crashed. And that's when I stepped back from the sport and I needed to focus on my eating disorder, my mental health. I found out I have anxiety, and depression, PTSD. So I need to take care of all that before I was able to skate.”

Nevertheless, Daleman was determined to come back, and she did. “When I came back, I came back really strong. I had such an amazing Worlds,” she recalled. The Canadian finished 11th in a deep field at the ISU World Figure Skating Championships 2019 in Saitama. She went on to compete at the ISU World Team Trophy and got injured in a collision in the warm-up with another skater. “When I got home, they compared it to getting basically hit by a truck. I broke two ribs and cracked one. I had bruising all on the right side of my face, I perforated my eardrum. I ended up straining almost every ligament in my knee.” The Skater was off the ice again for about three months. During that time, she lost her grandmother, which was very tough for her. Still, Gabrielle wanted to come back again. “I feel like it's my love and my determination for the sport that makes me heal faster, and come back,” she said.

In the 2019/20 season, Daleman again struggled with injury problems, for example injured her ankle when practicing a quadruple Toeloop. After finishing eighth at the National Championships, she did not qualify for the World team. “Nationals was a disaster but the most important thing was that I showed up. I wasn't mad about not going to Worlds. I thought I can focus on next year and then Covid hit,” the two-time Olympian recalled. The ISU World Team Trophy last April was her first live competition in over a year.

While she is still skating, Daleman has discovered a new and different world and started to take part in beauty pageants. And she was successful again and became Miss Ontario 2020. “I've done modeling for years. Actually my mom told me I used to model as a baby, which I didn't know,” the 2017 ISU World Figure Skating bronze medalist shared. It was a spontaneous decision to enter the beauty contest. And the athlete was in for a surprise. “I thought, the scariest thing was having a collision or skating in front of like 30,000 people. No, the scariest thing is walking in eight-inch heels in a bikini in front of three judges - not 13 like in skating, just three. I did not think I'd be this nervous.”

There is a reason for this. “As much as I may seem I'm confident, I really struggle with my body image,” Gabrielle revealed. “Social media is great in so many ways, but it's also very dangerous. I've been body shamed. I've been called fat, I've been called too muscular. When I was growing up, I was bullied.” The bullying came from other kids. “It was from junior kindergarten to grade eight, so for 10 years. I was told to give up on skating, I'll never go to the Olympics. I would never be anything. It affected me really badly, and still does to this day. The kids were just awful.”

Entering the pageant world is another way for Daleman to overcome this difficult experience from her past. “I can't tell my fans or other people to be confident in their own skin, to go outside their box and push themselves to do something new if I'm not willing to do that myself,” she explained. “I still have days where I'm not confident, or I'm very hard on myself.” Due to the ongoing pandemic, the beauty contests had to be postponed, but the Skater has qualified for the national Miss Canada competition and hopes to go through and make it to the Miss World contest.

Gabrielle was eventually able to turn the negativity towards her into motivation. “(I thought) I’ll prove you wrong. Just watch me do it,” she said. “I remember when I came on the senior scene in Canada, I was 13. They asked what I want to do and I said I want to go to the Olympics and I want to win an Olympic gold medal and I've done that. I've gone to two Olympics and I've won a gold medal. Not many people go to one Olympics, let alone two. If I go to 2022, I'll be the first Canadian Lady, first in Singles, to go to three Olympics. That's another goal.” 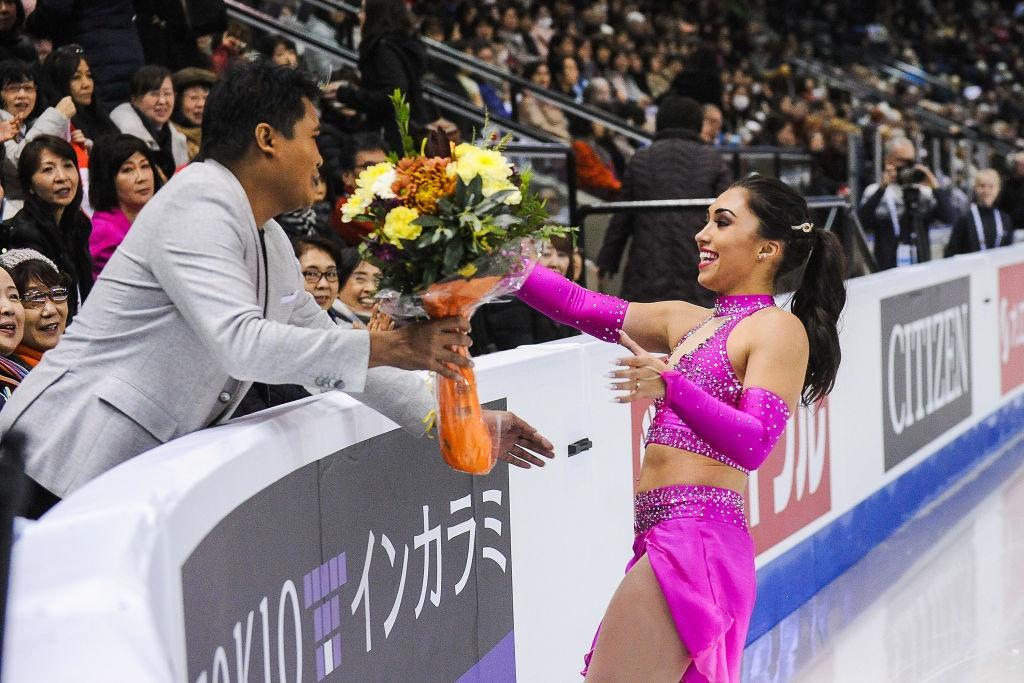 It is important for Gabrielle to share her experience and to encourage others that are going through the same things she had to go through, in skating and outside skating. She is an advocate for mental health in Canada. “My message has always been, no matter what, you're not alone. If you think you are, there are many people there to help you and not be afraid to ask for help. I was afraid to ask for help for 13 years,” she noted. “One thing I regret is not asking for help and for trying to hide my mental health, my eating disorder, being bullied. I hid all that and it honestly destroyed me, it made it very hard and very lonely. But once I kind of stepped back and took that year to come back I realized how many people love me, how many people are there for me. You're kind of blindsided to it. I think what we really need to focus on is just being there for one another.” 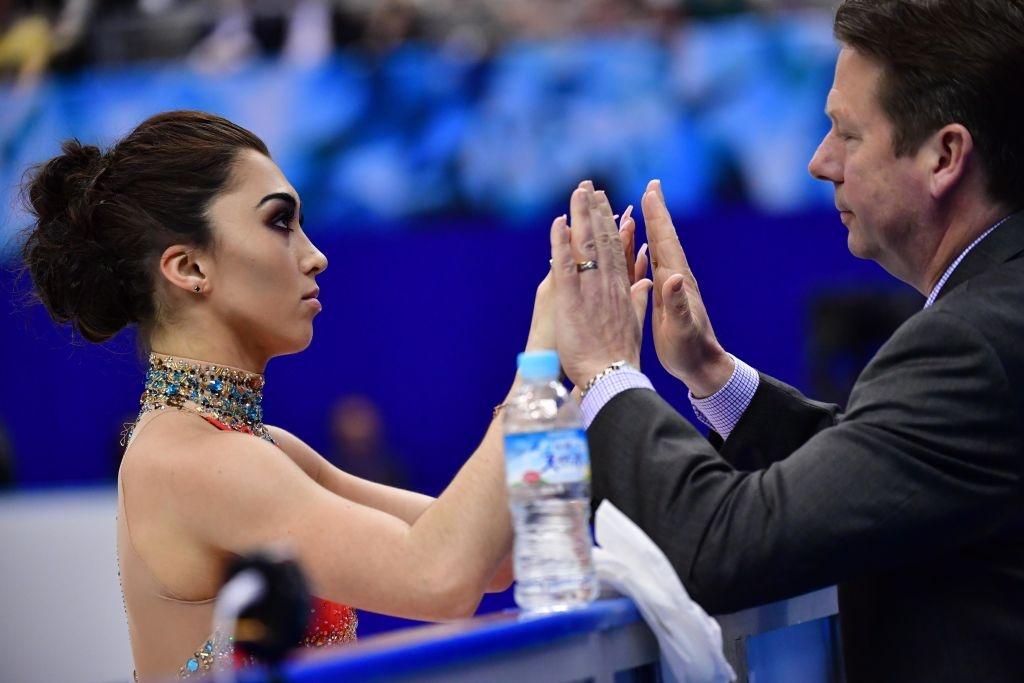 Her love for Figure Skating and the support of the people around her motivate Daleman to keep going in the sport. She feels inspired by Elizaveta Tuktamysheva (RUS), who won the ISU World Figure Skating title in 2015 and came back to the ISU World Championships six years later to take the silver. “I was in tears, because I was so happy for her. She's such a great friend and my message is - yes, it's going to be a lot of ups and downs, but if you truly love this sport, it will come to you. Never stop believing in yourself or if you have bad days, just realize tomorrow is a new day and you can start (again),” the 2017 ISU World Figure Skating bronze medalist said. “My coach Lee Barkell, who is the best thing that's ever happened to me, said, just focus on what you can control and just skate with your heart and that's what I do every day. And that's why I'm still here. I never give up, no matter what injuries or obstacles come in my way. I always find a way to push through, to get over the hurdle, get over the bump and come back, not just through the other side, but stronger.”

Gabrielle Daleman features in episode 6 of the Ice Skating Podcast, you can listen to the episode here.

For other Podcast episodes, visit the ISU Podcast Page: