Spanish ice dancers Sara Hurtado and Kirill Khaliavin not only had to overcome the challenges of a pre-Olympic season during the worldwide pandemic, but also injury. They came back strong and placed 11th at the ISU World Figure Skating Championships in Stockholm (SWE) last March. Now the team continues to train in Moscow (RUS) to get ready for the Olympic season. 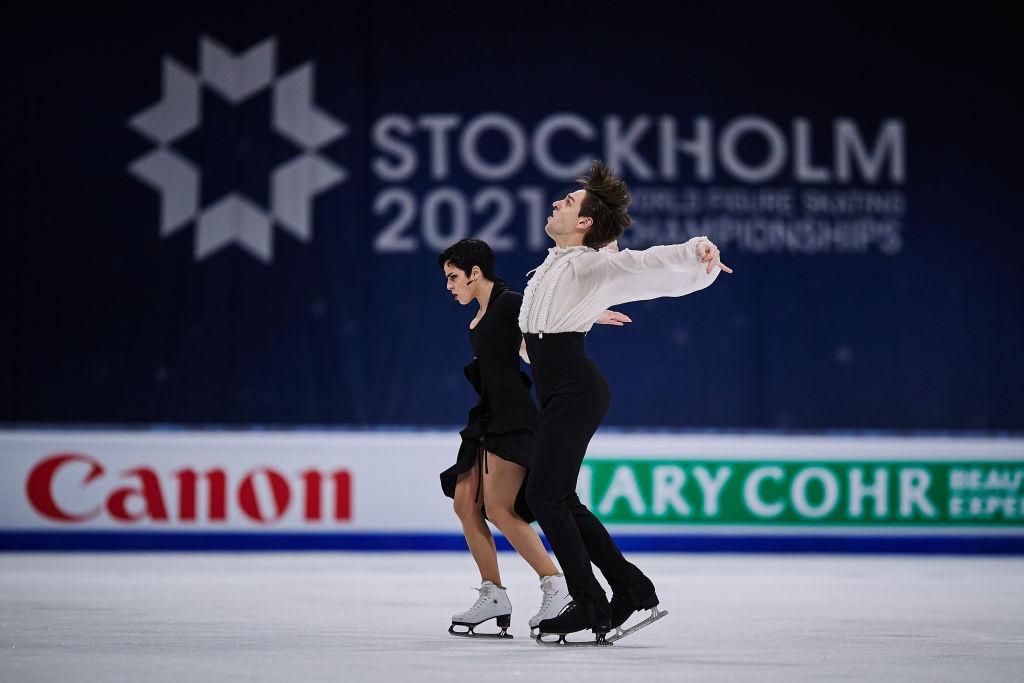 Last June, the ice dancers were happy to be able to resume on ice training in Moscow, but just a couple of weeks later, Hurtado dislocated her right shoulder in a practice accident. She had to return to Spain for surgery and rehab. “The year was like split in two,” she recalled. “Half of the year we were inside our homes and the other half, I was recovering. Then everything was down to two months of practice before Worlds. It was a very, very short year of skating on the ice.”

Sara stepped on to the ice again in October, but she had to take it slowly. Mid-December she was back training in Moscow and got the green light from her doctors for normal training right before Christmas. Her partner remained calm and patient during this difficult time. “When the pandemic started, my mindset was, we are now sitting (at home) and when we'll get back to skate, we'll skate and when we'll train, we'll train. I tried not to think ahead of time,” Khaliavin noted. Additionally, he dealt with a major change in his private life: he and his wife, his former ice partner Ksenia Monko, expected their first child. Their son Demian was born in October 2020. So the break in training and competing had its positive side for him. “We prepared to become parents and basically I could dedicate more time to my family,” the Russian-born Dancer said. He does not feel that becoming a father has changed him significantly. “I am just enjoying it and I can't say that it is hard, on the contrary, it gives me a lot of positive emotions.”

In February, after Khaliavin had overcome a Covid-19 infection in January, the team focused on their preparation – first for an online skate-off with their Montreal-based teammates Olivia Smart/Adrian Diaz and eventually for the ISU World Figure Skating Championships. The online skate-off felt strange, both skaters confirmed. “We felt it was a long time that we were not under that (competition) pressure,” Hurtado shared. “Having a competition at home during our training schedule while our teammates have a normal practice and we are in costumes and make up was weird.” Their training mates including ISU World and European Figure Skating Champions Victoria Sinitsina/Nikita Katsalapov (RUS) cheered at the boards for the Spaniards while they skated their programs  - first the Rhythm Dance, then four hours later the Free Dance – in front of a camera. The Spanish Federation then decided to send Hurtado/Khaliavin to Stockholm where they missed the goal to make the top ten by just two and a half points. Nevertheless, it was one step up after placing 12th in 2019. 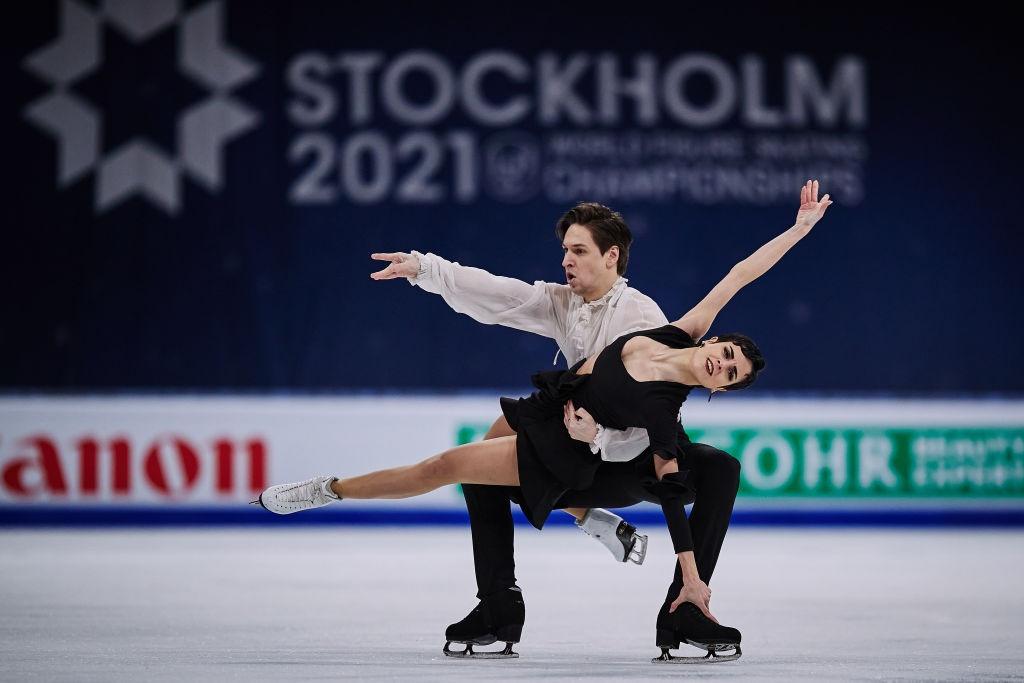 The Ice Dancers enjoyed their experience at these unusual ISU World Figure Skating Championships. “Honestly, it was just nice to be there. Just to be competing. It was like, yes, this is what we train for. It was so exciting and even though it was only skaters, I think there was a nice and positive ambience. I think everyone was excited to be back,” Sara recalled. “It was not like the intense fight of a pre-Olympic Worlds. It was more of like a celebration of coming back to the ice for everyone and trying to do their best. Which I think is really the essence of being an athlete and competing at the highest level,” she continued. Kirill agreed: “It was very nice. There still were some people. At some Challenger events there are sometimes less people than there were at Worlds. For me it was very much like a competition.”

“As always, they announce the rhythm, so you always have to make sure that you are addressing the rhythm properly. The character has to be built from the beginning,” Hurtado explained. “We want to leave the music as a surprise, but we can say that we have never danced anything like this before. Every season, we're always looking to put ourselves into something that is going to make us grow. Of course, it is an Olympic season, but we went with our gut feeling.” 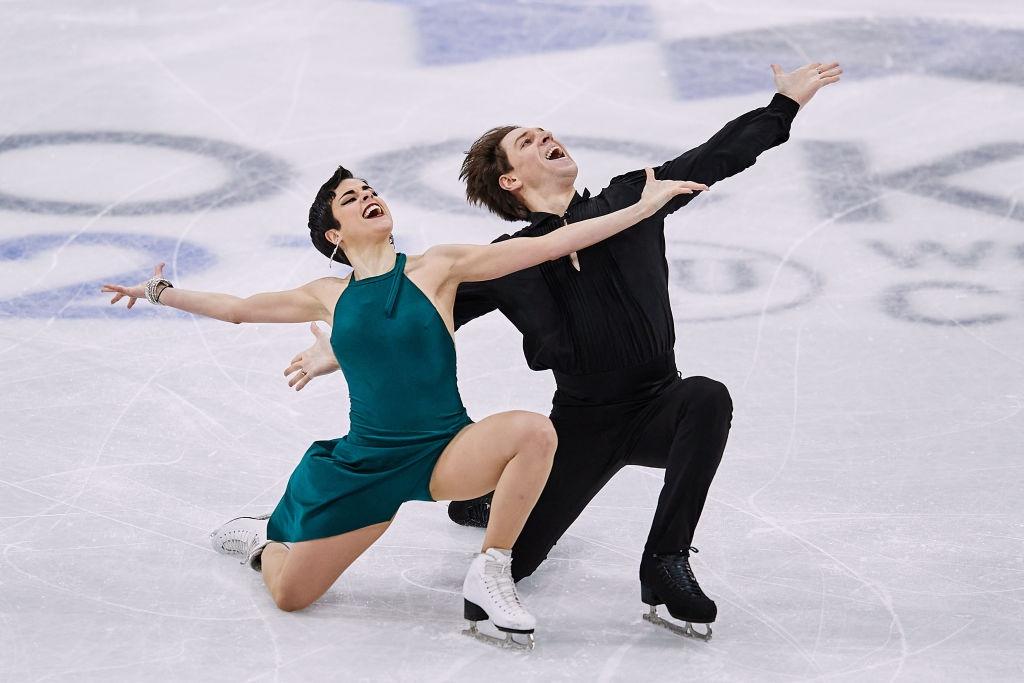 The Skaters enjoyed working with Shinzhin so much that they asked him to do their Free Dance as well. ”The Free Dance is something similar to something that we may have done before, but with a big step up in choreography and just making the program a whole piece, not like elements, skating, elements. We want to make a full concept. We have been working on this with the past programs, but with this one, we want to put together all the experience we have and bring it to this one,” Sara shared. “This year we're really enjoying the building process. A lot is coming from us and we do what we love to do. Ayhan is complementing us very well,” added Kirill, who, by the way, suggested the music.

For the team it is important to show versatility in their skating. “We know we can dance Flamenco, we know we can dance Carlos Santana, so we wanted to show more layers of our team,” Hurtado pointed out. “We don't want to be just like the Spanish team that dances Spanish stuff. I think we already did a really good job with that and that Kirill did a really good job to represent that kind of character. It is not easy to dance Flamenco, even for Spanish people. We are not born Flamenco dancers. It was a great achievement to have that but now we want to expand.”

Hurtado/Khaliavin have been selected for the ISU Grand Prix of Figure Skating events NHK Trophy in Tokyo (JPN) and Rostelecom Cup in Sochi (RUS).  “I'm very excited and also to be back in Sochi. That city is really special for me. I keep a very happy memory,” Sara said. In 2014  she had competed in her first Olympic Winter Games, at the time still with former partner Adrian Diaz, and they were the first Ice Dancers to represent Spain at the Olympic Games. She is also looking forward to going to Japan for NHK Trophy.

The Ice Dancers plan on competing in the Challenger Series events before heading to the ISU Grand Prix of Figure Skating but have not yet decided which ones. It also depends on the selection process for the Olympic Winter Games that their Federation will put in place.