Traditionally, Japan is boasting a deep field in Single Skating, just think of superstars like two-time Olympic Champion Yuzuru Hanyu or of Olympic silver medalist Mao Asada. However, Pair Skating and Ice Dance are growing as well in the country of the rising sun and Japan has a realistic medal chance in the team event at the 2022 Olympic Winter Games. Japanese skating stars are going where no man has gone before. 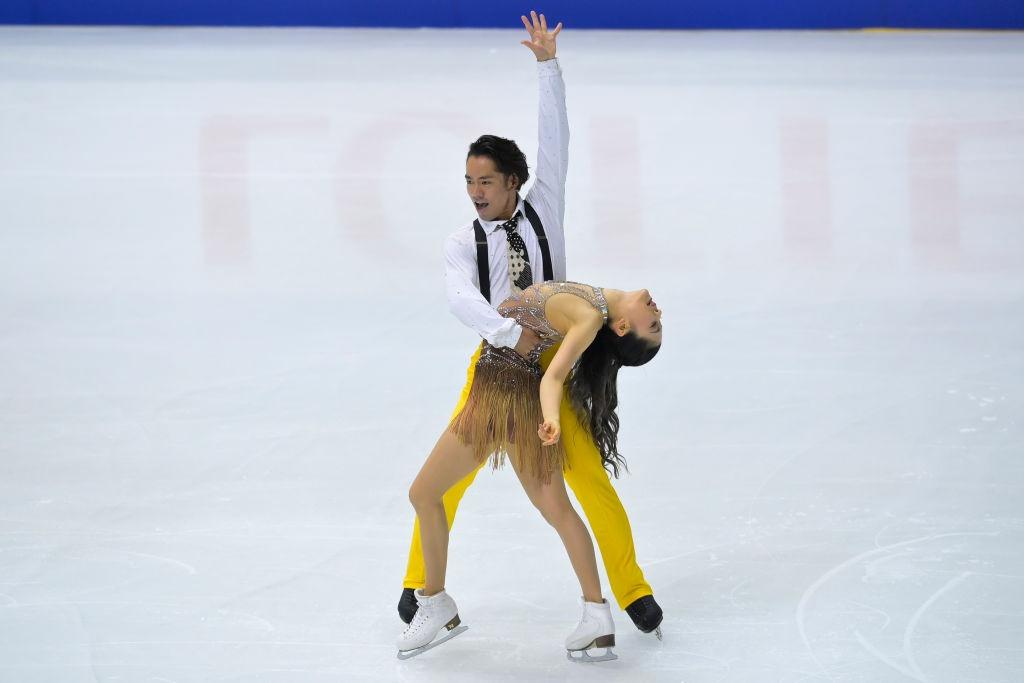 Daisuke Takahashi, one of them, is a trail blazer for Japanese Figure Skating – he was the first Japanese male skater to earn an Olympic medal with bronze in 2010 and the first to become ISU World Champion when he won the title the same year. He was also the first to try a quad flip in competition (but it was his teammate Shoma Uno who is credited with landing the first recognized quad flip in competition). Takahashi retired from competing in 2014, but then he came back in 2018 first as a Single Skater and then as an Ice Dancer with Olympian Kana Muramoto – and that is another first. Even though Muramoto/Takahashi narrowly failed to qualify for the 2022 Olympic Winter Games, their story is still amazing. No World or Olympic medalist in Single Skating has ever come back out of retirement to compete in Ice Dance at this level.

“Half of the people around me were like ‘no you shouldn't do that, are you crazy? What are you thinking?’ And the other half was like ‘that's interesting, why not?’,” Takahashi recalled the reactions when he said that he wants to come back as an Ice Dancer.

In March 2020, following his last season as a Single Skater, he and Muramoto joined forces. “I asked him. I heard just rumors that he was interested in Ice Dance, but I wanted to hear it from him personally,” Kana shared. The two started to work with accomplished coach Marina Zueva in Florida. However, the COVID-19 pandemic just had hit the world and affected everyone, including athletes that were unable to train as usual with lockdowns and travel restrictions. The beginning was not easy at all. “For Daisuke, Ice Dance is a totally different category, so it was all different and very difficult. For me, it was also a new experience because after I ended my career with Chris (Reed), I had two seasons where I literally did nothing,” Kana said. “The first season was so hard because we had to go back to Japan, the arena closed, we couldn't train face to face with Marina and then basically we were kind of alone. We needed a coach, someone to teach us. I was still new in Ice Dance, it was still only my fourth year. There was so much I didn't know.”

In spite of all these obstacles, thanks to online coaching and self-teaching, the Skaters never gave up. “It was hard, but I had no doubt, it was just fun and it was so nice,” Kana pointed out. For Takahashi, the most difficult thing was to get used to skate with a partner. “Every day my body was in pain,” he said. “When we traced the ice, when we were on our outside edge, doing that alone and doing it with a partner, it was totally different in putting your weight. It was very challenging for me to understand how to have that same body lean, and every skater has their own way of doing it. Single skaters are a little bit more forward in their body posture but a dancer is a little bit straighter, so that was also very challenging for me,” he explained.

There was obviously a lot of attention on this couple as Takahashi is a very popular and prominent Skater in Japan. Nevertheless, he did not feel the pressure of expectation. “My goal is to be in the entertainment world,” Daisuke shared. “For me starting Ice Dance was just another plus. I need this plus in my skating career and for my future career as an entertainer, so I never felt any pressure and I didn't think of what the results were like.”

His partner is looking at the positives as well: “I also kind of went back to zero, trying to learn Ice Dance from a scratch, so no matter about the result, I just wanted to enjoy the process of learning and skating with Dai because he's someone I look up to and just an amazing skater,” she noted. “Just to be able to share the ice with him was an honor, so just wanted to really enjoy the process.”

At the Japanese National Championships earlier this month, Muramoto/Takahashi fell in the Rhythm Dance and in the end missed qualifying for the Olympic team, but have been named for the ISU Four Continents (Tallinn, January 18-23, 2022) and ISU World Championships (Montpellier, March 21-27, 2022) this season.

At these National Championships, Yuzuru Hanyu gave his long-awaited competition debut this season and proved that he is still a force to be reckoned with. He, too, is going where no man has gone before: Hanyu is the first Skater to crack the 300-points barrier and the first to perform a clean quadruple loop in competition. He continues to push the limits by going for the quadruple Axel. He landed forward in the Free Skating at Nationals and the jump was downgraded, but nevertheless it was an impressive attempt.

In Beijing, Hanyu will be joined by Uno, the quad flip pioneer, and rising star and Yuma Kagiyama, who shocked the world by taking silver in his debut at the ISU World Figure Skating Championships 2021.

Japan’s triple Axel queen Rika Kihira was unable to compete and to qualify for Beijing due to injury this season, but the powerful Kaori Sakamoto and 2018 ISU World silver medalist Wakaba Higuchi, who has a triple Axel in her repertoire, are strong contenders at the Olympic Games and World Championships. By the way, the Japanese Women have set records as well in the past: Miki Ando is the first Woman to be credited with a clean quadruple jump, the Salchow, in competition, while Midori Ito was the first to land a triple Axel.

To top it off, Japan now has again a strong Pair Skating team. Riku Miura/Ryuichi Kihara are the first to win in ten years medals in the ISU Grand Prix of Figure Skating this season and proved that they can compete with the best teams in the world.

Shoma Uno (JPN): “I want to skate as long as possible”