Marjorie Lajoie/Zachary Lagha of Canada danced to the top of the podium at the ISU World Junior Figure Skating Championships 2019 in Zagreb on Saturday to end a 13-year gold medal drought for Canadian Ice Dance at the junior level. Russia’s Elizaveta Khudaiberdieva/ Nikita Nazarov claimed the silver medal in their debut at the event and their compatriots Sofia Shevchenko/Igor Eremenko took the bronze. 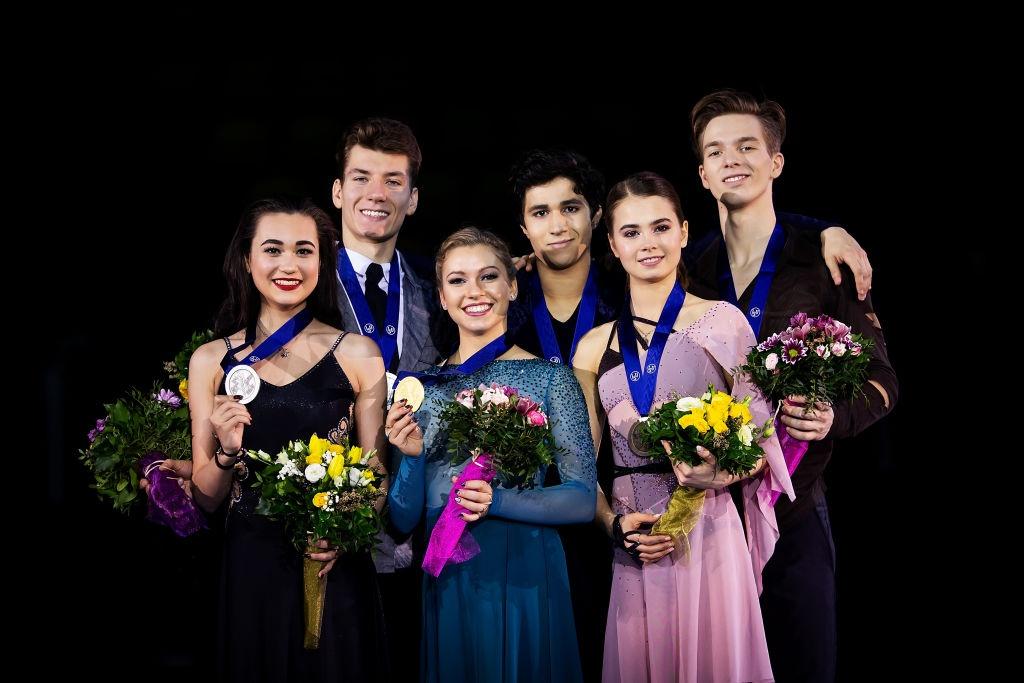 Performing to “Warsaw Concerto” by Richard Addinsell, Lajoie/Lagha completed difficult lifts and twizzles, picking up a level four for these elements as well as for the combination spin. The midline step sequence merited a level two and the Canadian Junior champions posted a season’s best with 105.96 points. Overall they accumulated 176.10 points to win their first medal at the championships in their fourth consecutive appearance.

Lagha, 19, said: “In the past two years we had a lot of disappointing results – sixth in the Final last year in Nagoya (2017/18 season), from second to fourth place at Junior Worlds last year, fourth at the Final by 0.03 points in our own country. After each of those competitions we still stood up and we analyzed our program. We’re really happy that the work finally paid off.”

Lajoie, 18, said: “We feel amazing about this (being the first Canadian World Junior Ice Dance Champions since Tessa Virtue/Scott Moir won in 2006), especially since they are our inspiration and we hope to follow in their footsteps.” 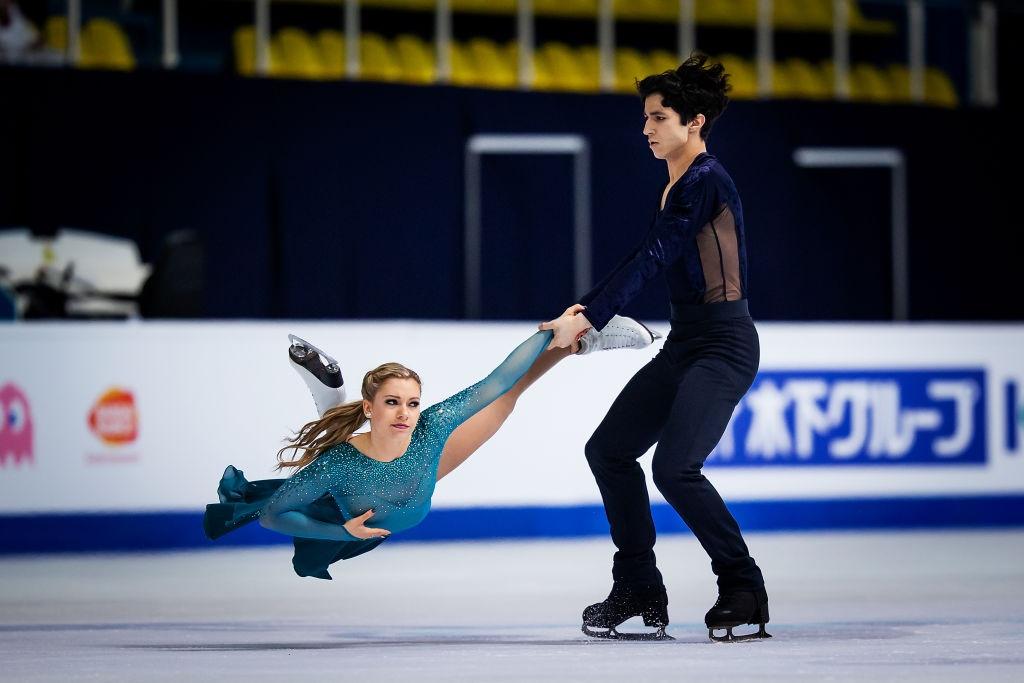 Khudaiberdieva/Nazarov delivered a strong performance to “Human” and “Nemesis”, collecting a level four for the lifts, twizzles and combination spin while the footwork was rated a level two. The ISU Junior Grand Prix Final bronze medalists were ranked fourth in the Free Dance with 102.53 points, but held on to second place overall with 171.22 points.

“We couldn’t even think about that result,” said 16-year-old Khudaiberdieva afterwards. “We were the number three Russian team, a confident number three though. We haven’t realized yet that we are second at our first Junior Worlds. This will push us next season and will give us motivation and confidence.” 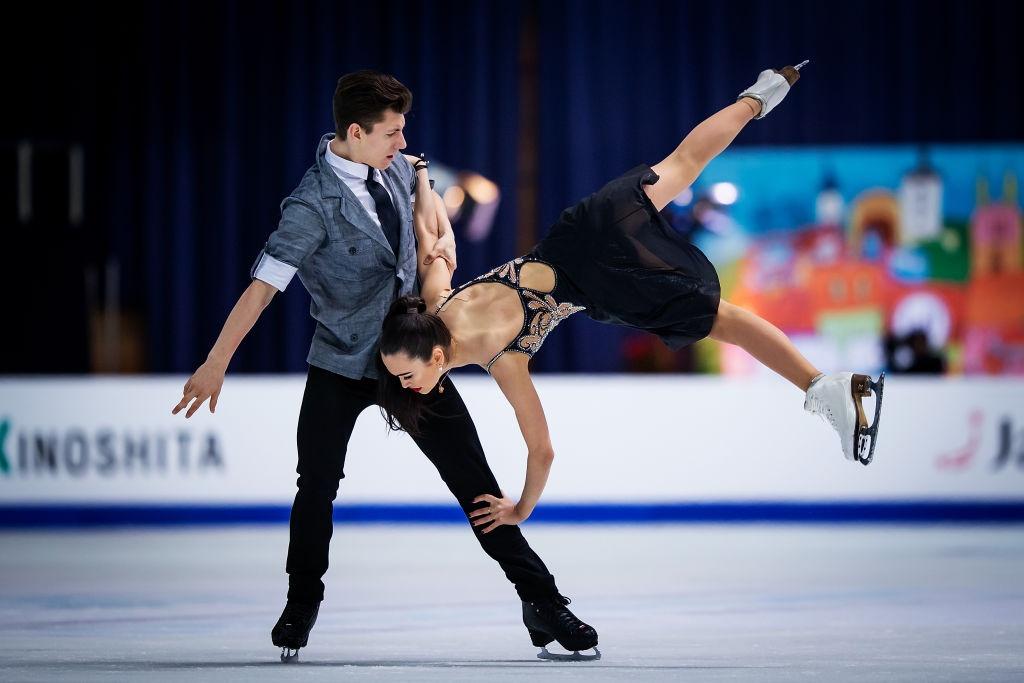 “I can’t describe our emotions now,” said Shevchenko, 17. “We are working hard every day and we are so happy sitting here with these guys. We finished an amazing season, the best season of our career so far.”

All three teams will move up to the senior level in the next season. 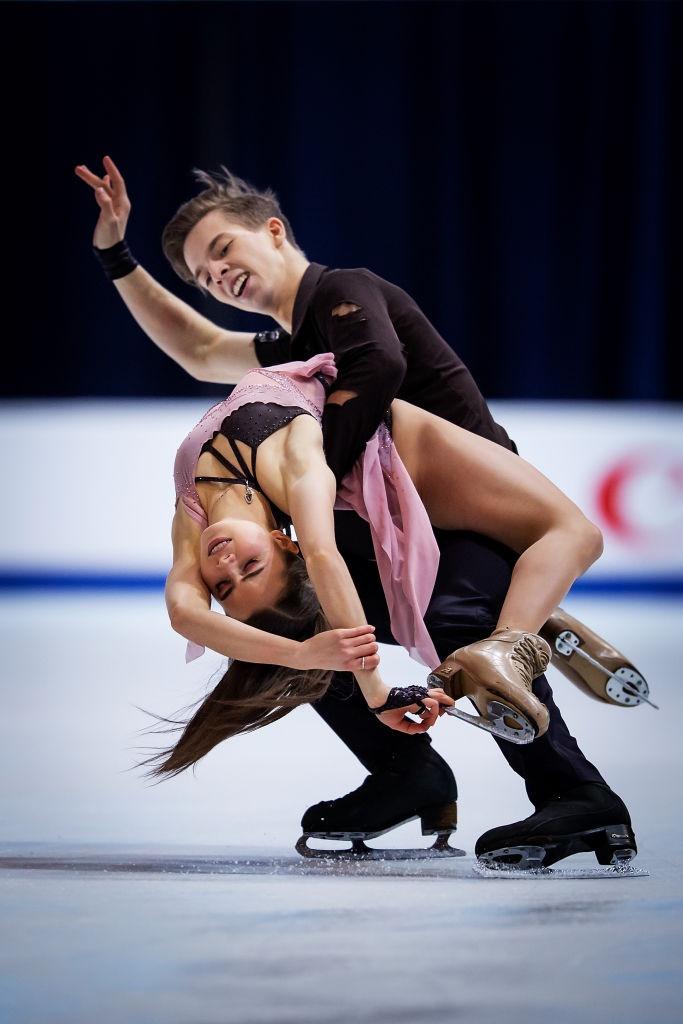 Avonley Nguyen/Vadym Kolesnik (USA) were third in the Free Dance with a smooth performance to “Demons” by Imagine Dragons and “Experience” by Ludovico Einaudi to move up from fifth to fourth at 166.48 points in their debut at the event.

The ISU World Junior Figure Skating Championships 2019 conclude Sunday with the Exhibition Gala. The championships are available to watch at https://www.isu.org/figure-skating in certain countries.

For more information, full entry lists and results please see the event website and the official website. Follow the event on social media using the hashtags #WorldJFigure and #FigureSkating.

Lajoie and Lagha (CAN) tango into lead in Junior Rhythm Dance