The ISU Grand Prix of Figure Skating Rostelecom Cup was a true highlight of this unusual skating season, full of spectacular performances in a thrilling, high-level competition. Russian Skaters dominated as expected as only few international competitors were able to take part.

“Empress” and fan favorite Elizaveta Tuktamysheva (RUS) claimed the Rostelecom Cup crown for the very first time in what was her tenth ISU Grand Prix of Figure Skating season. The 2015 ISU World Figure Skating Champion hit a total of three triple Axels in her programs and had the crowd on their feet at the end of her original and dynamic Japanese-style Free Skating “Chronicles of a Mischievous Bird”.

“It has been a long time since I have felt these emotions. It felt like the arena was full,” Tuktamysheva said. “I was not confident of victory as the competition was very strong. So it was a nice surprise and the perfect ending to this Grand Prix,” she continued.

2020 ISU European Figure Skating Champion  Alena Kostornaia (RUS) also shone in her expressive programs to music by Billie Eilish in the Short Program as well as “Romeo and Juliet” and “W.E.” in the Free Skating.

“I tried to show my choreography and not just the jumps. We have been working on that and I hope to improve with each competition so that then I will be able to show the program exactly the way it is supposed to be and has a wow effect,” the 17-year-old noted.

The Men’s event was an exciting competition. Russia’s Mikhail Kolyada, who did not compete in the past season due to health issues, returned to the ISU Grand Prix of Figure Skating stage in style, dancing to the gold in the role of famous ballet artist Rudolf Nureyev, combining art and technique at the highest level.

“Coming back is always hard. It was hard this time, but also nice,” the 2018 ISU World Figure Skating bronze medalist shared. “It is difficult to get back into physical shape and to find that competition feeling again. But I really enjoyed the atmosphere here,” Kolyada added.

Georgia’s Morisi Kvitelashvili made his fans proud by winning the silver and he was the only medalist that did not represent Russia (however, he was born and raised in Moscow). Kvitelashvili especially stood out in his Short Program to the French chanson “Amsterdam” by Jacques Brel where he takes the role of a sailor that enjoys life in the Dutch port city.

“I really felt the support of the crowd and also many people have been writing to me and I want to thank them all,” the 2020 ISU European Figure Skating bronze medalist commented. He had something special in store for the Exhibition Gala when he transformed into a jinni and skated to “Aladdin”.

The next generation of young Russian men proved that they are getting ready to enter the spotlight: 2020 ISU World Junior Figure Skating bronze medalist Petr Gumennik won the bronze medal in his ISU Grand Prix of Figure Skating debut and turned in a great Short Program while 2020 ISU World Junior Figure Skating Champion Andrei Mozalev and Evgeni Semenenko looked especially strong in the Free Skating, where they ranked second and third respectively. Makar Ignatov (RUS) impressed with a quad loop in both programs.

“We are especially pleased with the way we have interpreted our programs,” Kozlovskii said. “It is never easy, no matter what your position you are in (after the Short Program),” he explained. “We don’t have a contact sport, we go out one after the other, we perform our elements and we are judged by the judges.”

Mishina said: “Each position has its plusses. When you are in first place (after the Short Program) you might feel more confident and that you have some reserve. When you are in second, there is a little less attention on you and this makes it maybe a bit easier.”

ISU World Junior Figure Skating Champions Apollinariia Panfilova/Dmitry Rylov (RUS) were happy to take home the bronze medal from their first senior-level ISU Grand Prix and excelled in their throws and lifts. Iasmina Kadyrova/Ivan Balchenko (RUS) even debuted in international competition and landed a rare side by side triple Flip in the Short Program. They came fourth.

Reigning ISU European Figure Skating Ice Dance Champions Victoria Sinitsina/Nikita Katsalapov were excited to return to competition ice after missing their national events earlier this season due to injuries. They did not disappoint with their lovely Rhythm Dance to “Singin’ in the Rain” and their new Free Dance to “Smile” and “Come Together” performed by Michael Jackson in the Free Dance.

“It was our first full competition and full run-through of the free dance and we really felt the support of the crowd,” Sinitsina said. “We wanted to bring across a more modern character and show ourselves from a different side,” she added about the Free Dance.

Tiffani Zagorski/Jonathan Guerreiro were a strong second and turned in powerful, captivating performances to “The Greatest Showman” in the Rhythm Dance and “I Will Survive” in the Free Dance.

“It is our third Grand Prix medal, but we’d never got a medal at our home Grand Prix in Moscow,” Guerreiro said. “We think we gave two good performances. We feel like it is a breakthrough for us to show the program the way it is supposed to be.”

2018 ISU World Junior Figure Skating Champions Anastasia Skoptcova/Kirill Aleshin (RUS) picked up the bronze, their first senior-level ISU Grand Prix medal. They came to the ice as “Bonnie and Clyde” in the Rhythm Dance and interpreted “Never Tear Us Apart” in the Free Dance.

“The Free Dance topic is a bit delicate and not so easy for us. It is about the relationship between a man and a woman and about how different they can be, it is about passion,” Skoptcova shared.

Elizaveta Khudaiberdieva/Egor Bazin (RUS) have been skating together for less than a year, and placed fourth in their ISU Grand Prix of Figure Skating debut as a team. The skated to “The Artist” in the Rhythm Dance and told the story of an old couple looking back at their lives in the Free Dance. Annabelle Morozov/Andrei Bagin (RUS) in fifth place convinced with their programs to “Chicago” and “Terra Rossa” on 191.00 points, while Alexandra Nazarova/Maxim Nikitin (UKR) remained in sixth place and demonstrated especially innovative lifts.

Following a decision of the ISU Council due to the ongoing Covid-19 pandemic and travel restrictions, the ISU Grand Prix of Figure Skating events are primarily domestically run events with domestic skaters and skaters who train in the host country or respective geographical region competing. Overall, 57 skaters/couples that represent nine ISU members competed at Rostelecom Cup. 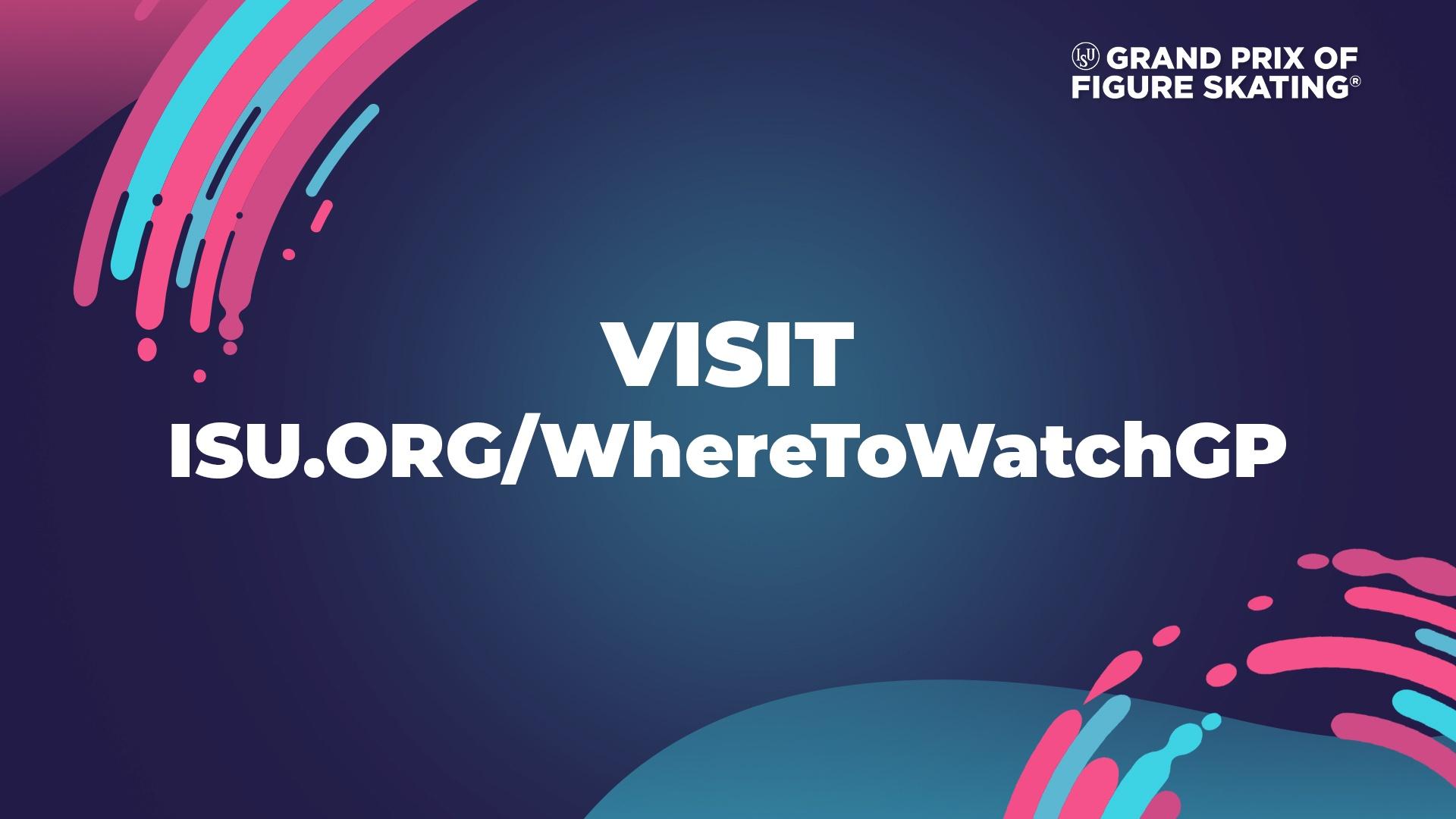 Boikova/Kozlovskii (RUS) double up on their Pairs title