Russia celebrated a gold medal sweep at the fifth ISU Junior Grand Prix event in Ljubljana (SLO). Overall Russian skaters collected four out of nine medals, the USA got three while Canada and Estonia took home one medal each.

Russia’s Ilya Yablokov, who has been competing on the ISU junior circuit since 2019, claimed his first Junior Grand Prix title and made himself an early present for his 18th birthday. Arlet Levandi of Estonia took the silver medal and Matthew Nielsen (USA) earned the bronze.

Yablokov skated to a comfortable lead in the Short Program to “Born to Play” and “I Need You”, although his triple flip was somewhat shaky. The Muscovite landed a quad loop, two triple Axels and six triples in his routine to “Walk Away” and “Funny”. His only error came when he stumbled out of an underrotated quad toeloop. Yablokov totalled 231.99 points. “I was in a fighting mood for my second event,” the ISU Junior Grand Prix Kosice silver medallist said. “We’ve been preparing hard for the two events, but there was just a little bit more time before the second competitions and therefore the result was better. I am very glad that I was able to land the quad loop”, the Skater, who turns 18 on September 29, added. 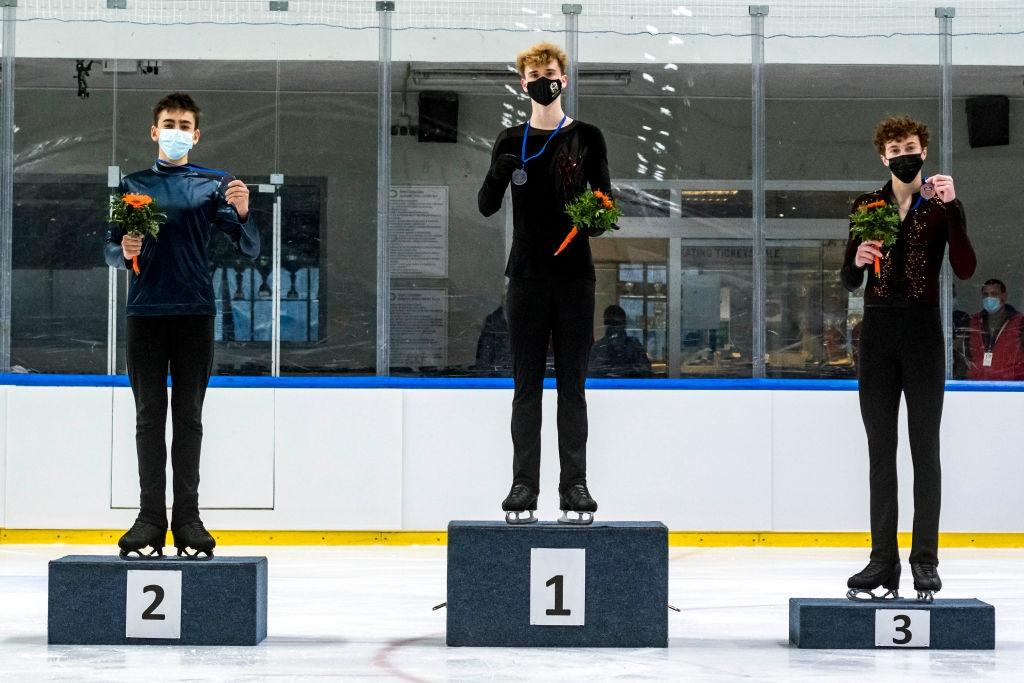 Levandi stood in sixth place following the Short Program as he botched his combination jump. The Estonian put out a flawless Free Skating to “La terre vue du ciel” that included seven triples and level-four spins and footwork to move up to second at 194.35 points.

Nielsen ranked third in the Short Program and held on to the bronze medal although he finished fourth in the Free Skating (192.38 points).

Petrosian skated to a narrow lead in the Short Program over Korea’s Minchae Kim. Performing “No Time to Die” and “Paint It Black” in the Free Skating, the 14-year-old from Moscow produced a quad toe and seven triple jumps to collect her second ISU Junior Grand Prix medal after bronze in Kosice (210.57 points).

“As Ljubljana was my second (Junior) Grand Prix event, I was less nervous,” Petrosian commented. “For the future I would like to get my quad toe consistent, improve my skating skills and presentation, skate with more courage and emotions. I have only positive feelings about my victory and I felt really proud to represent Russia,” she continued. 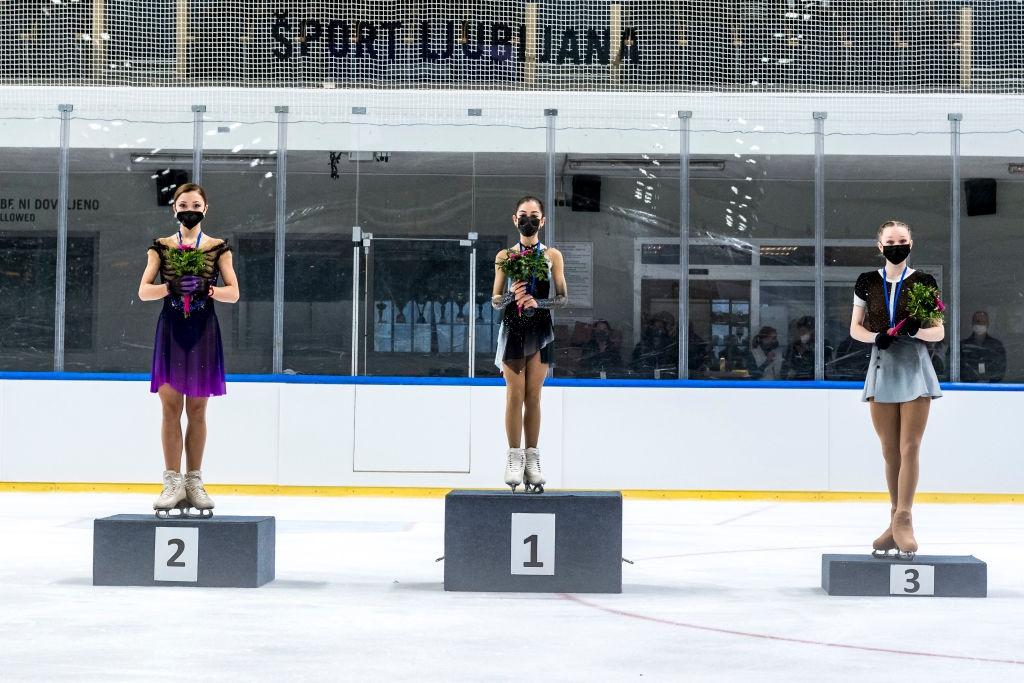 Samodelkina struggled with her triple Axel-double toeloop combination in the Short Program and ranked fourth. The ISU Junior Grand Prix Krasnoyarsk bronze medallist pulled off a quadruple Salchow as well as seven triples in her Free Skating to “Habanera” from “Carmen”. She only missed her opening quad toeloop. The 14-year-old won the Free Skating and moved up two spots (205.67 points).

Thorngren delivered a clean Short Program. She went for a triple Axel in the Free Skating, but landed forward and the jump was downgraded. The ISU Junior Grand Prix Courchevel 1 Champion recovered to complete six clean triples and remained in third place at 193.77 points.

Kaganovskaia/Angelopol took the lead in the Rhythm Dance and built on it in their passionate Free Dance to “Ave Maria” performed by Thomas Spencer-Wortley. The Muscovites collected a level four for the lifts, twizzles and the combo spin while the diagonal step sequence merited a level three and the One Foot Step Sequence a level three for her and a level two for him. Kaganovskaia/ Angelopol accumulated 167.22 points. “The most important thing for us at this event was to skate two clean programs and to prove to everyone that we were focused only on victory after the Junior Grand Prix in Kosice,” Kaganovskaia said, referring to the fact that they lost to D’Alessandro/ Waddell after leading in the Rhythm Dance. “We set new personal best scores at this (Junior) Grand Prix (Ljubljana) and this motivates us a lot to perform even better in our next competitions,” she added. 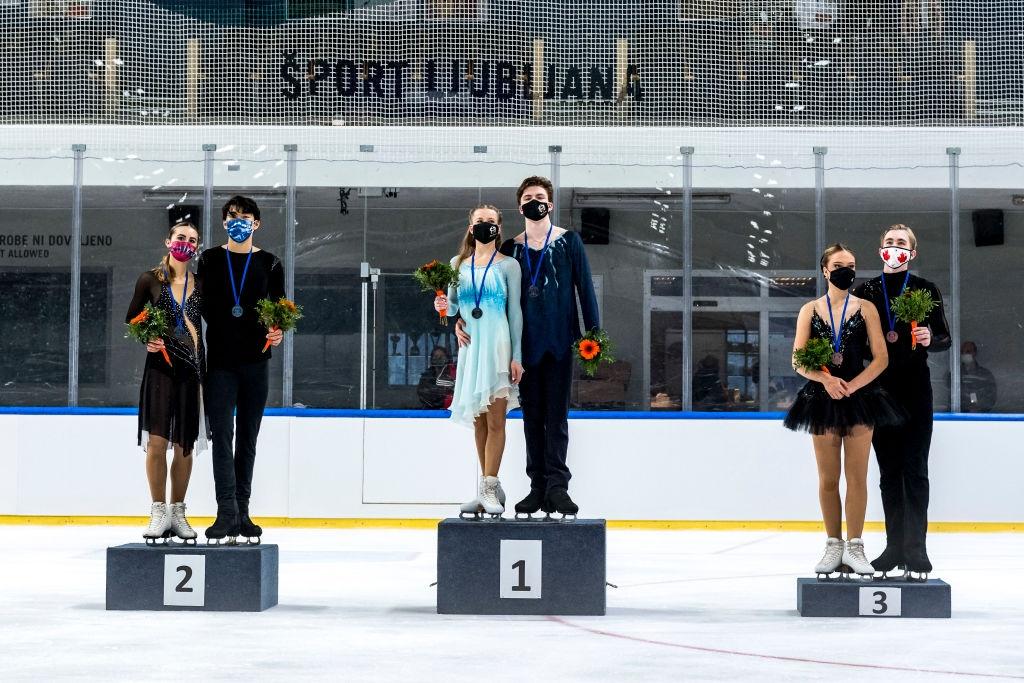 Wolfkostin/Chen ranked third in the Rhythm Dance but moved up one spot with their Free Dance to “Rain, In Your Black Eyes” by Ezio Bosso that was highlighted by a level-four rotational-stationary combo lift and level-four combination spin (163.25 points).

D’Alessandro/Waddell put out two solid performances but slipped from second to third place in their “Swan Lake” Free Dance (161.79 points).

The ISU Junior Grand Prix of Figure Skating Series continues this week with the sixth event in Gdansk (POL). The ISU has an anti-Covid protocol in place to keep all participants of the events as safe as possible.