With this season’s international Short Track and Figure Skating competitions already well under way, the long track Speed Skaters kick off their Olympic campaign at the Arena Lodowa in Tomaszów Mazowiecki (POL) this weekend. After last year’s two bubble events in Heerenveen (NED), ISU World Cup Speed Skating is back in full swing with four events across November and December 2021 serving as qualifying competitions for the Beijing 2022 Olympic Winter Games and the World Cup Final in Heerenveen in March 2022.

Japan’s skaters were absent last season and will be eager to assess their progress in the international field again. Athletes from across the globe will be competing against each other for the first time since 2020 in the all-important Olympic qualifying events. Impressive new kid on the block

In the absence of Olympic 500m Champion Nao Kodaira (JPN), Femke Kok (NED) was in a league of her own last year. The 21-year-old Dutch sprinter won in her A Division debut in the season’s first World Cup 500m race, went on to win all four, and added two 1000m bronzes for a total of six medals and a better return than any other skater over the course of the two weekends.

With Kodaira back in business, the Women’s sprint events will be highly competitive this season. Apart from Kok, 2021 World Champion Angelina Golikova (RUS) and 2019 World Champion Vanessa Herzog (AUT) are in the mix for the medals. 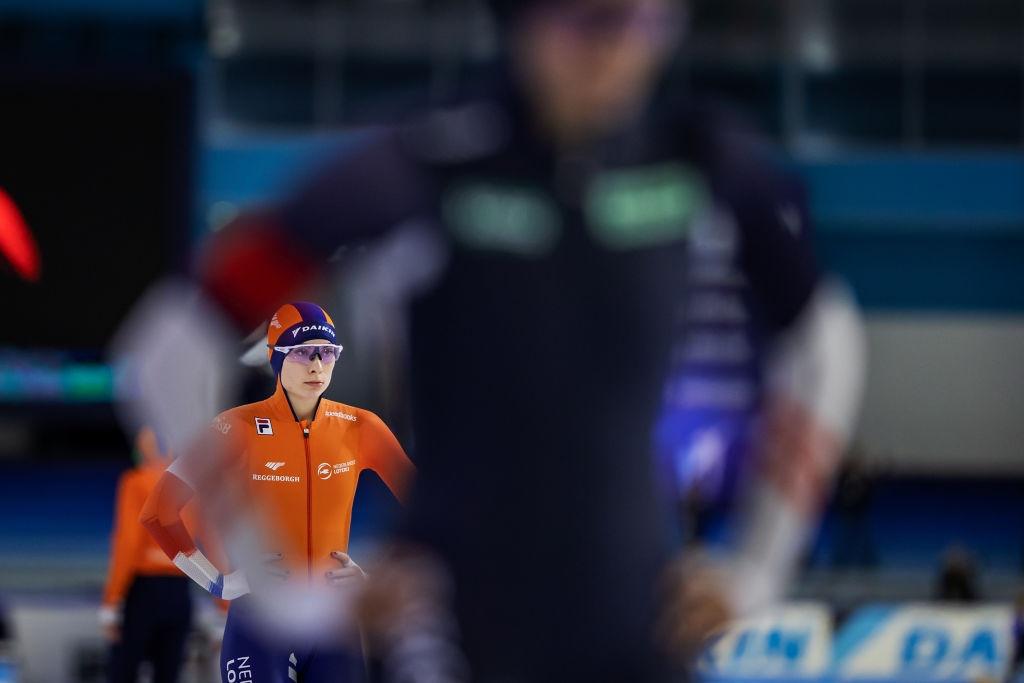 The middle distances will be highly contested too. Last season, Brittany Bowe (USA) took the World Cup in the Women’s 1000m and 1500m, but Jutta Leerdam (NED) has stepped up her game. The 22-year-old broke Bowe’s 1000m Thialf track record at the Dutch national championships in October.

Olympic 1000m champion Jorien ter Mors (NED) missed out on qualification for the 1000m World Cup this season but did make it into the 1500m Dutch selection. Olympic 1500m champion Ireen Wüst (NED) qualified for both the 1000m and the 1500m.

The big question mark this season will be how Miho Takagi (JPN) performs after a full year without international competition. The 1500m World Record holder started the season with Japanese national titles in the 1000m, 1500m and 3000m.

The Men’s middle distances have been dominated by the Netherlands’ Thomas Krol and Kjeld Nuis over recent seasons. With Beijing 2022 on the radar, Ning Zhongyan (CHN) will try to challenge the two Dutchmen. The 22-year-old Chinese prodigy has already tasted World Cup success, winning 1500m gold in Nur-Sultan (KAZ) in 2019.

Polish eyes will be on home hope Zbigniew Bródka (POL). The 2014 Olympic 1500m Champion quit Speed Skating in 2019 but returned to the ice to try to qualify for the Olympic Games once more.

Patrick Roest (NED) won the long distance World Cup in the past two seasons but he was beaten by Jorrit Bergsma (NED) in both the 5000m and the 10,000m at the Dutch championships last month. Three-time Olympic 5000m champion Sven Kramer (NED) came fifth, but did qualify for the World Cups.

Apart from the strong Dutch contingent, last year’s surprise 5000m and 10,000m World Champion Nils van der Poel (SWE) will also be in the mix. The Swede broke Graeme Fish’s 10,000m World Record and the Canadian, who was absent in last season’s international races, will be eager to take on the new challenge.

In the Women’s field Irene Schouten (NED) had an impressive start to the current season winning both the 3000m and the 5000m in track record times at the Dutch national championships in Heerenveen.

The event entry quotas for the individual distances will be determined by the Special Olympic Qualification Classification (SOQC) based on results from the different ISU World Cup Speed Skating competitions. Full details are available in ISU Communication 2405.