USA’s Eddy Alvarez a man for all seasons

It has been quite the journey for the Miami-born Eddy Alvarez, who was the first Cuban-American to make a US Olympic skating team – and he tells us all about it in the latest episode of The Ice Skating Podcast.

Having swapped the ice for the diamond, the late-blooming baseballer is on the brink of an unusual double. Alvarez is about to achieve something special. At Tokyo 2020, not only was he the Team USA flag bearer he will also join the rare group of athletes who have competed at summer and winter Olympic Games.

Alvarez can distinguish himself further, too. Should he make the podium, he will be only the third American to claim a medal at both events. 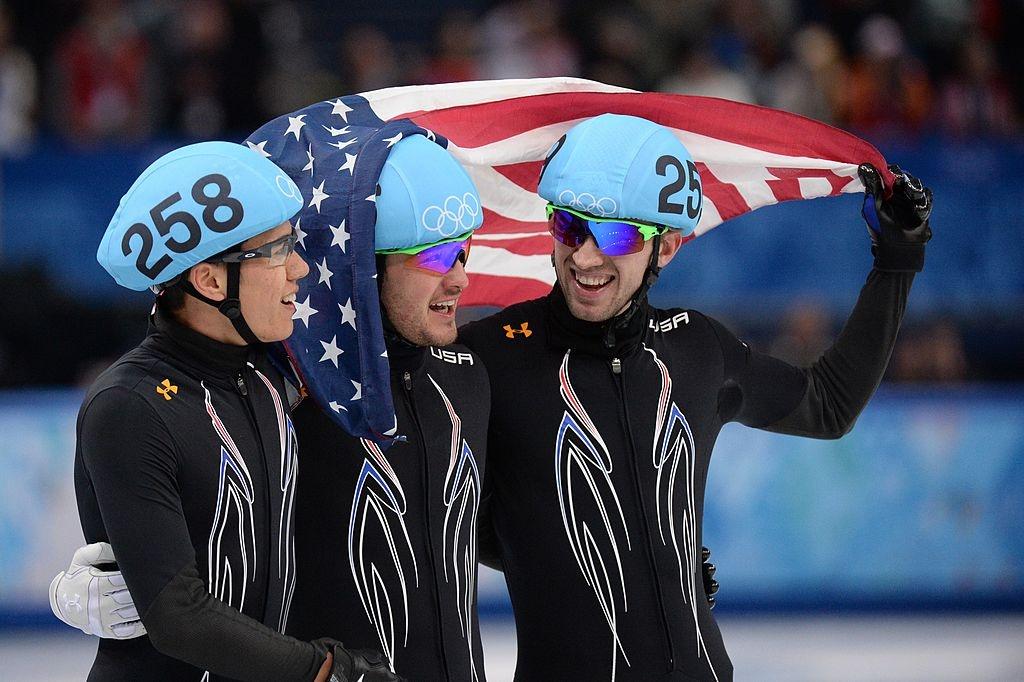 The former USA Short Track Speed Skater grabbed a silver medal in the 5000m relay at the Sochi 2014 Olympic Winter Games. In Japan, he will be bidding for gold in the red, white and blue of the baseball team.

The 31-year-old is already playing Major League Baseball (MLB), the top baseball league in the US, with the Miami Marlins. He grew up swinging a bat but was also a blisteringly fast in-line skater. That led him to eventually take up Short Srack Speed Skating.

Alvarez juggled the sports for a while before opting for the ice, but after Sochi decided to try for his own field of dreams. Selection for Tokyo feels like redemption, an elegant response to the critics who thought him crazy attempting to break into baseball in his 30s.

“I’m so honoured to be playing, I’m so excited,” he said. “It is epic to be playing in Japan, too. The culture of baseball runs deep there. They love it. I’ve been lucky to meet a lot of great Japanese friends through skating, and they always used to ask me about baseball. So it is going to be special.”

Alvarez brings the mindset of an established Olympian to his new sport, despite the huge differences between the two disciplines.

“Being an Olympian previously taught me routine and work ethic, and I pride myself on the amount of work I put in every day. But I had to learn about the fitness in baseball.

“As a skater you’re training six or eight hours a day, six days a week, 11 months of the year, for a five-and-a-half-month season. You put your body through hell for Short Track, then you lock it in for competitions. 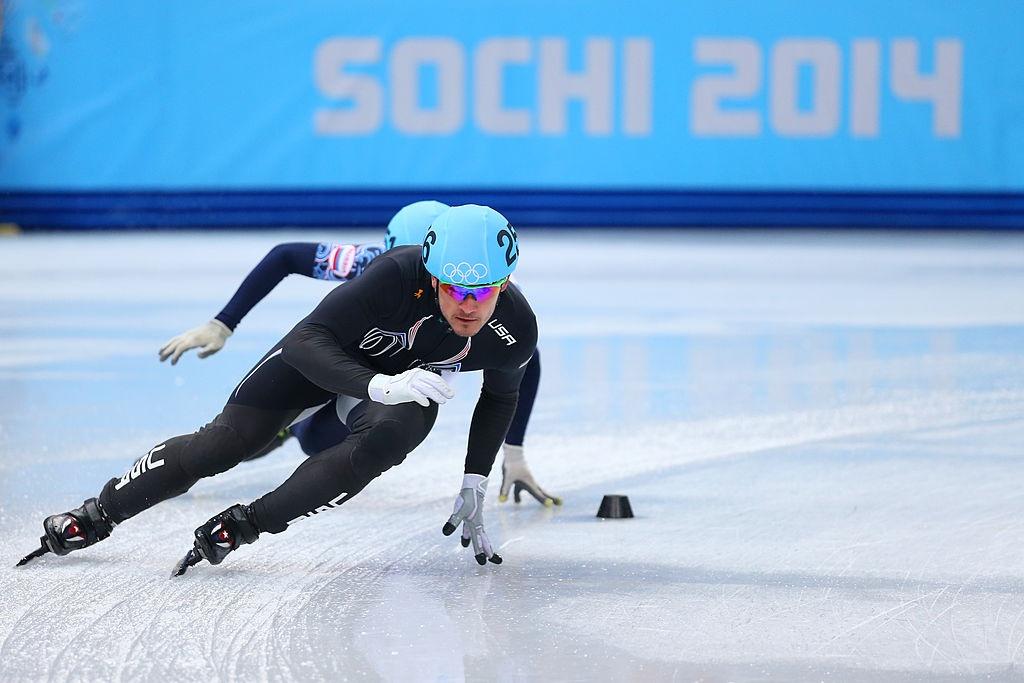 “With baseball, it’s 140 games in the minors, 162 games in the majors every year, and you have to bring your A game every day. That was a huge learning curve. It takes a toll, mentally and physically. You have to perform or it is ‘on to the next guy’.”

With the skating world and his old Short Track friends and rivals wishing him well for Tokyo, Alvarez returns the affection.

“I love the sport and I love watching the sport. I’m a big fan of Suzanne Schulting (NED). I met her when she was about 19, and she really impressed me. She is just such a powerhouse. She is becoming one of the greatest skaters ever. It’s been fun following her career. 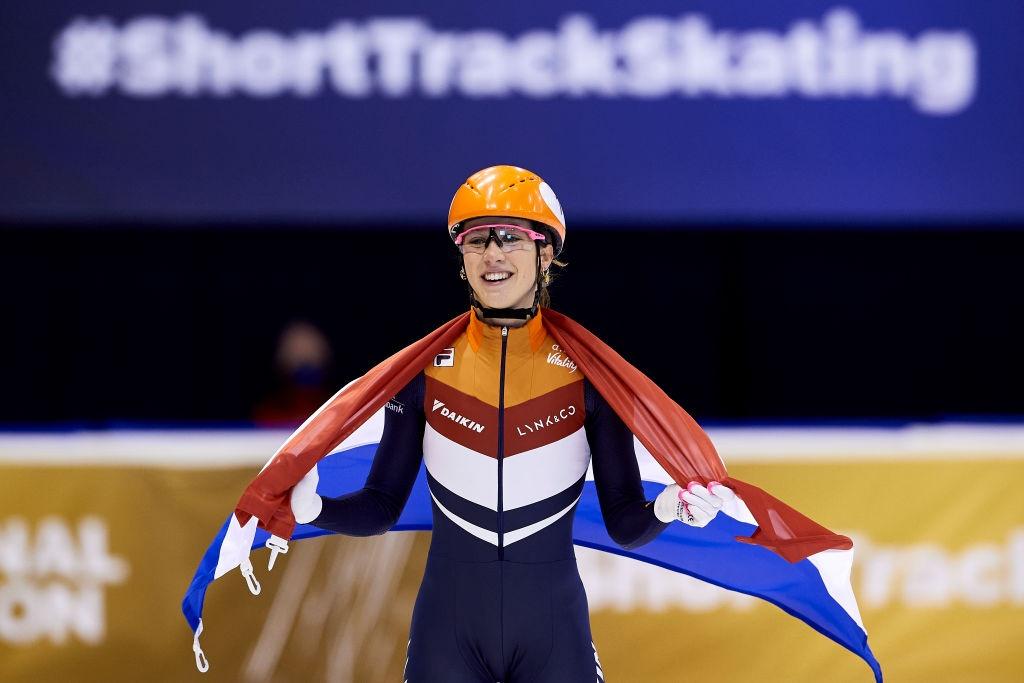 “I know what these athletes go through, and the credit they deserve. They work just for those 15 minutes of fame, because as a winter Olympic athlete, you are behind closed doors for three-and-a-half years and then, boom, you are on the biggest stage of them all. We do Short Track for glory more than anything.”

Alvarez has high hopes for the current USA Short Track Speed Skating lineup. The team may not be “big fish” in the way the USA baseballers are, but he believes that could soon change. 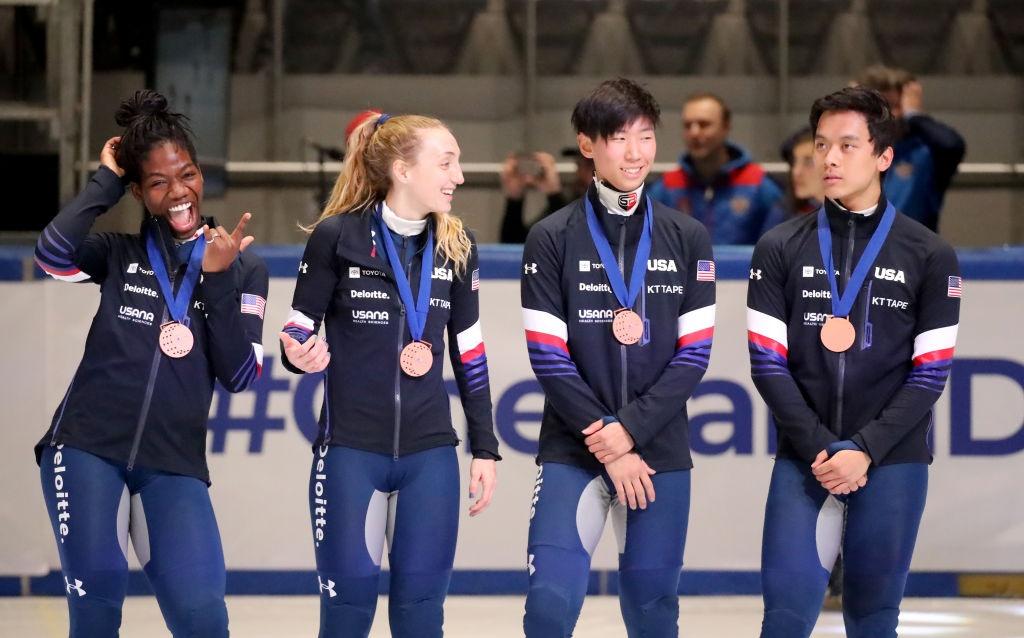 “I spoke to the head coach of the US national team not too long ago and he said he had been asked, ‘Are Team USA Short Track going to survive 2022, and then surprise in 2026?’

“He said, ‘No, we are going to surprise in 2022, and dominate in 2026’. Just hearing that is amazing because US Short Track Speed Skating has had its battles. It’s not a well-recognized sport like baseball. You have to be in the Midwest somewhere to fall into it; it is the little guy of American sports.

“But man, do I see potential in this team. They are young and inexperienced, but they have time on their hands. I would like to help these kids out and work with them.”

Before he does, there is that small matter of playing baseball at the Olympic Games.