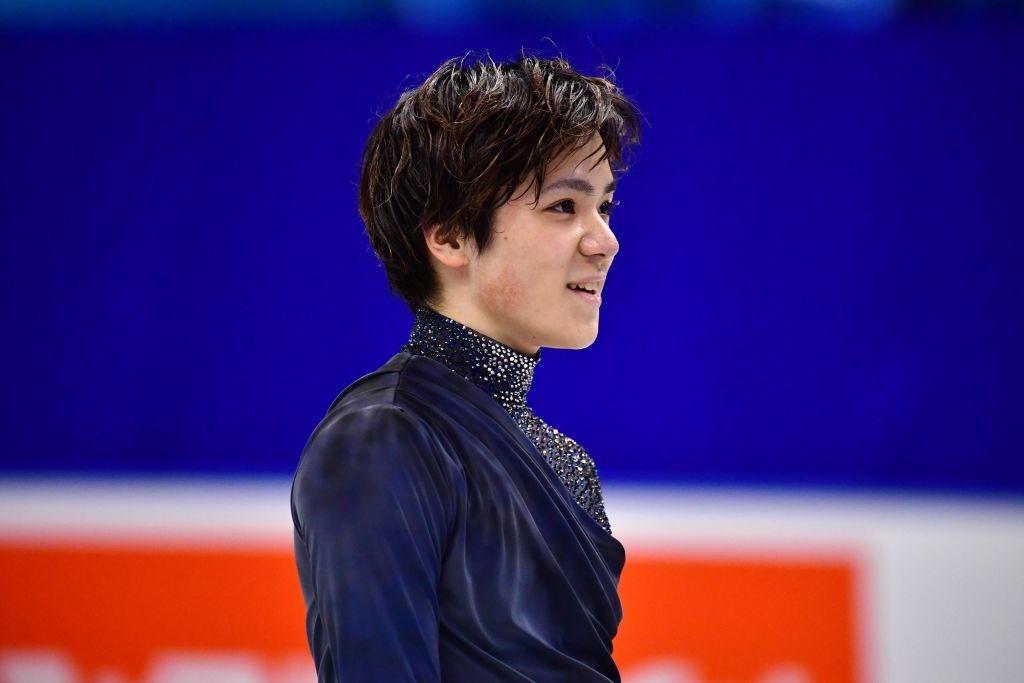 Japanese star Shoma Uno has surprised the skating world recently when he announced that he is leaving his long-time coaching team of Mihoko Higuchi and Machiko Yamada and has not picked a new permanent coach. “I want a new start,” the Olympic silver medalist stated on his official homepage. 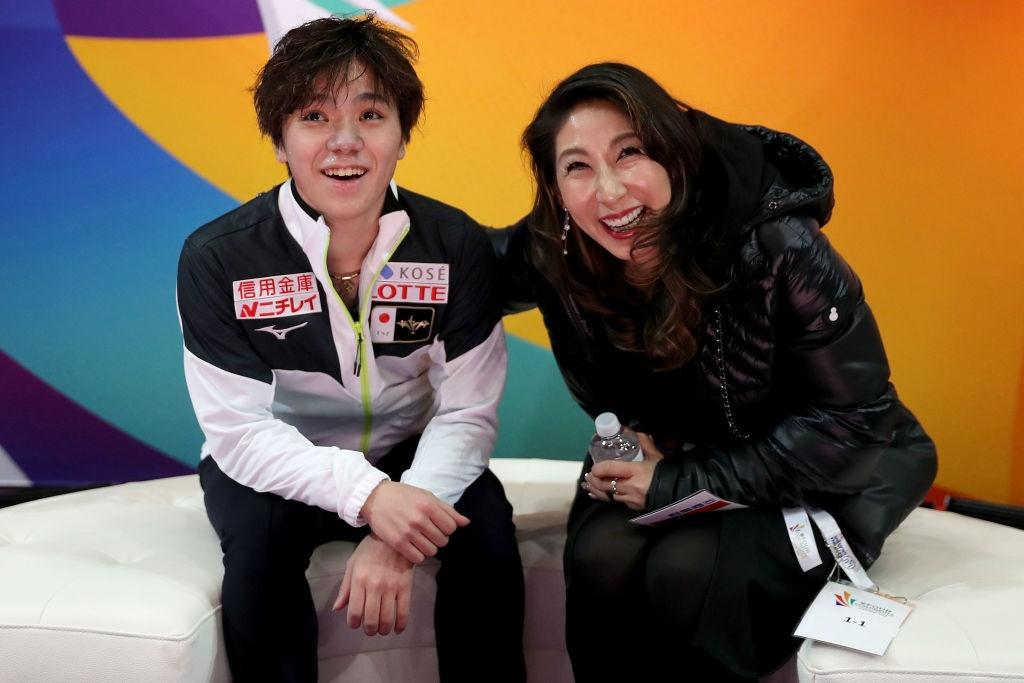 Right now Uno is not ready to discuss his move with the media as he is still in the process of getting things settled. "I'm not in a hurry to find a new coach. This season, I'll probably be by myself. No concerns, I believe I can do it alone,” he was quoted by the Japanese press. 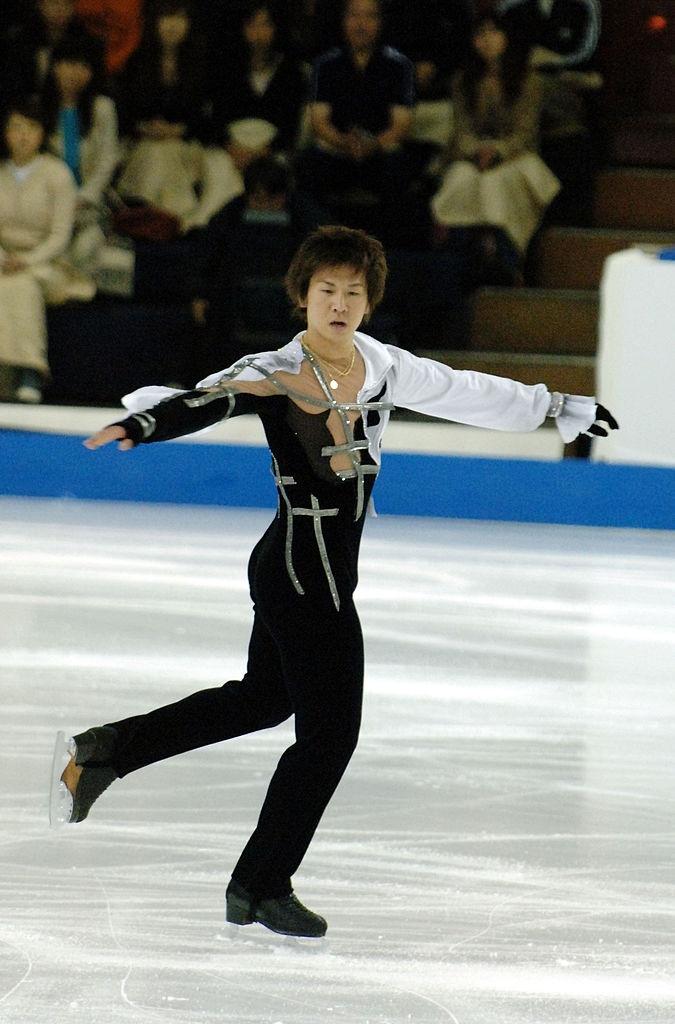 However, the 21-year-old announced that he will consult former Japanese top skater Takeshi Honda for his jumps. Earlier this summer, the 2019 Four Continents Champion went to Russia to a training camp with renowned coach Eteri Tutberidze, who is coaching Olympic Champion Alina Zagitova (RUS) and the “Ladies quad squad” of World silver medalist Elizabet Tursynbaeva (KAZ), World Junior Champion Alexandra Trusova (RUS) and World Junior silver medalist Anna Shcherbakova (RUS). Joining the training camp in Russia was a great experience for Shoma to explore something new and different.

The Japanese Champion now will start working on his new programs in August and will collaborate with Shae-Lynn Bourne for his Short Program and with David Wilson for the Free Skating, using non-Japanese choreographers for his competitive programs for the first time.

All these changes might have been prompted by a season that had several ups and downs for Shoma. “At the beginning of the season with the new rules and new GOE [scores], there were some concerns about losing points, but I focused on what I can do right now. So I had some challenges,” he said when looking back on the season in an interview for the ISU website at ISU World Team Trophy. “But as the season went on and at the end, I noticed that you always will have a challenge and you always do what you can do at this point right now.” 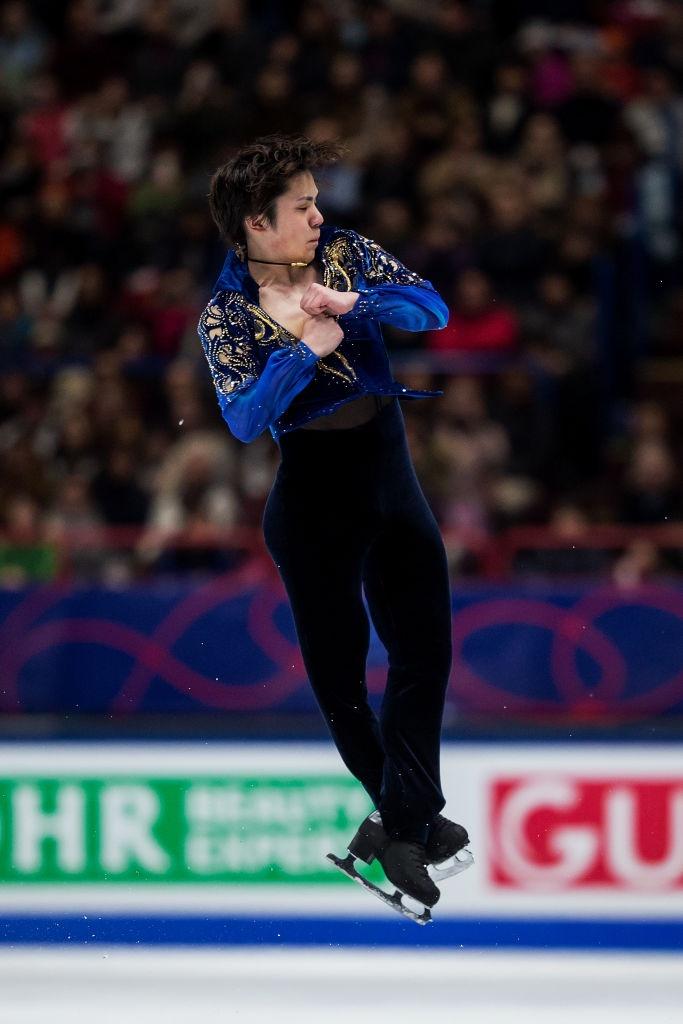 With the rule changes that rewarded cleaner programs more and allowed only the repetition of one quad, many men cut back on their quadruple jumps. However, Uno still liked to take risks and to go for multiple quads and even the combination triple Axel-quadruple toeloop that nobody has landed yet in competition. “Many skaters would have their own strategy,” Shoma observed. “I do many jumps in practice, like the triple Axel-quad toe, but all that doesn't really matter if you don't do it in competition. It is not a challenge if you don't do it in front of all those people and all these skaters.” He feels that in order to grow as an athlete, he needs do go after these challenges. 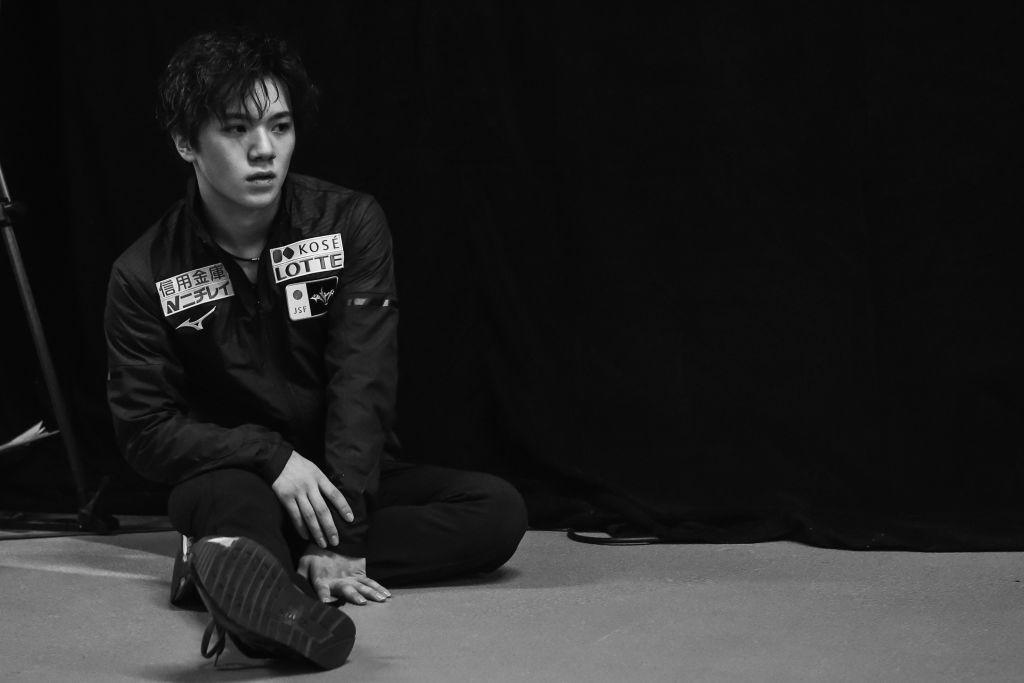 Practice and competition are two entirely different things, as the skater made clear. “Just think of a garbage can and you want to throw something in there from a long distance. In competition, it is something like that. It is far. But when you practice, you can tell that the goal is getting closer, closer and closer,” the two-time ISU World Figure Skating silver medalist explained. “Regarding your mental state and condition at that point, even when it may seem really, really easy, sometimes you still miss [in competition]. I always had the strong feeling that I need to grow, keep on growing,” Shoma noted. “This season I noticed that I do have my weak side, I do have my strong side. I've seen a lot of new sides of myself. In the end you're going to realize that there is always a weak and always a strong side. It's every day an all new me. All you have to do is just let it in and even though when I am at my weak stage, I just keep on practicing to bring my technique to a whole new level. So either way, even if I have my weak day I can still compete at the top level.” 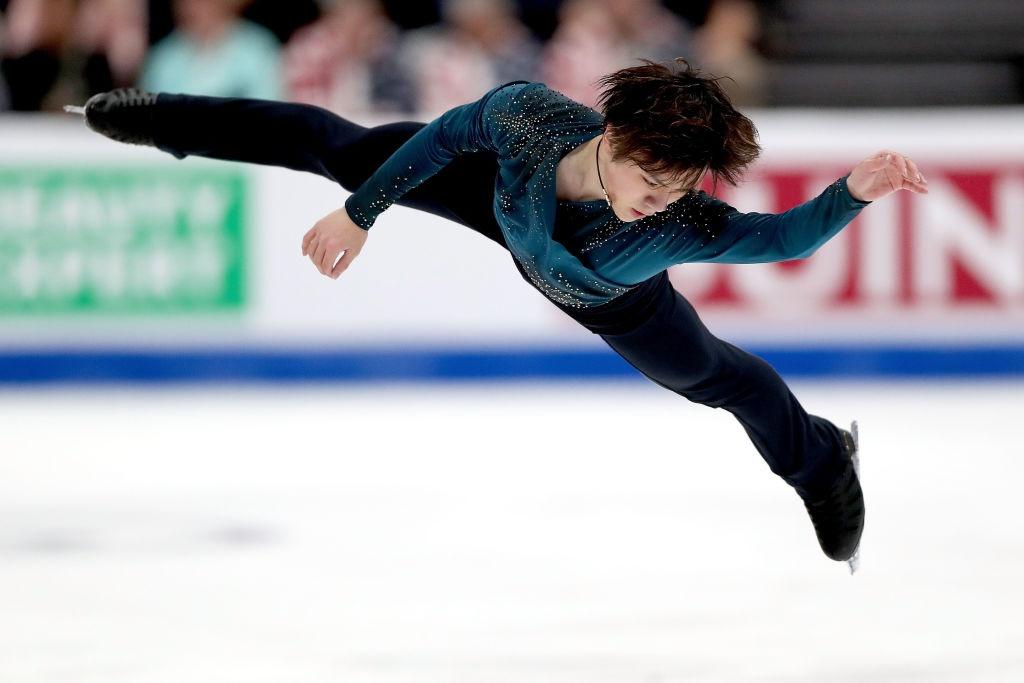 This past season has been a road to self-discovery for Uno. “It is not really a new side, but it is a kind of a recognition of myself. Of course, before I didn't want to admit that there is a weak side of myself, and tried to set my mind on being strong, a strong self. I cannot stop imaging that. However, as the season went on I noticed that sometimes it is not like that. There are always going to be weak and strong parts of myself, no matter what. All that matters is keeping on practicing and believing in what I do. If I can do in competition what I can do in practice, that's great. And even if I don't that just is how it goes on that day,” he said. 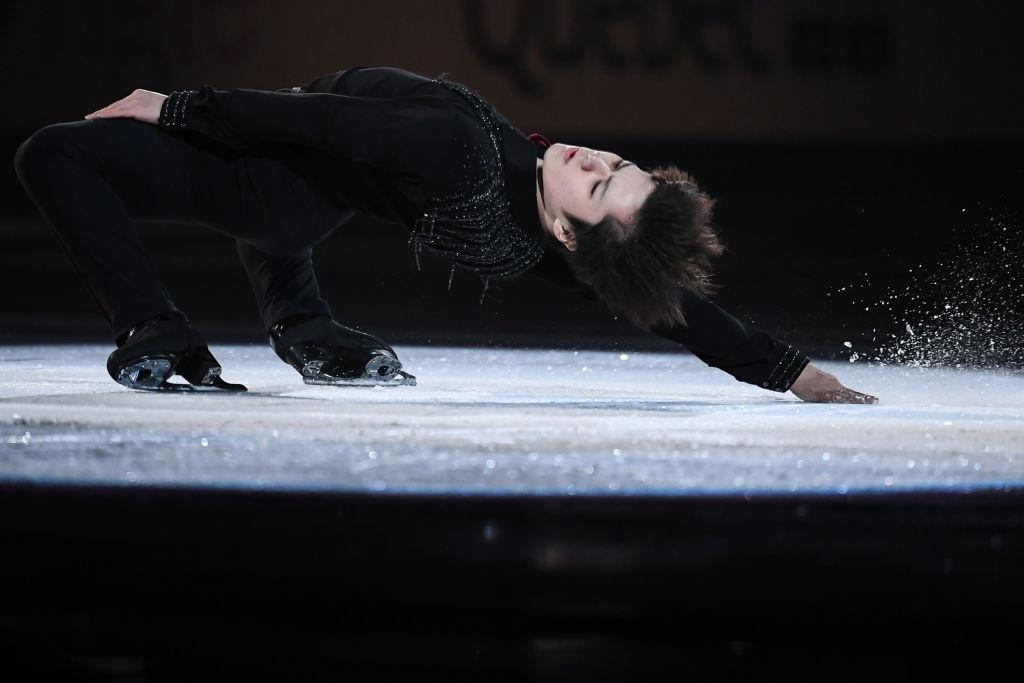 The Japanese Champion was very disappointed to finish off the podium in fourth place at the ISU World Figure Skating Championships 2019 in Saitama, but he picked himself up quickly. “Right after Worlds we had ice shows in Japan and I had the chance to skate with skaters from other countries who were around my age and I noticed it is not always about perfectionism, but what really working is that it depends on the way you think about yourself. Instead of feeling bad about that competition, I just keep on moving forward. Then you’ll get to see what the outcome is and keep working,” he said.

Uno said already back in April that he will especially focus on working on his jumps in the off-season. “With the new rules we have now I think that jumps are the main key. Of course, with expression and the components I still score high, but that goes with the other top skaters, too. It is kind of sad, but it is one of the things we need to work on right now in the off-season,” he noted. 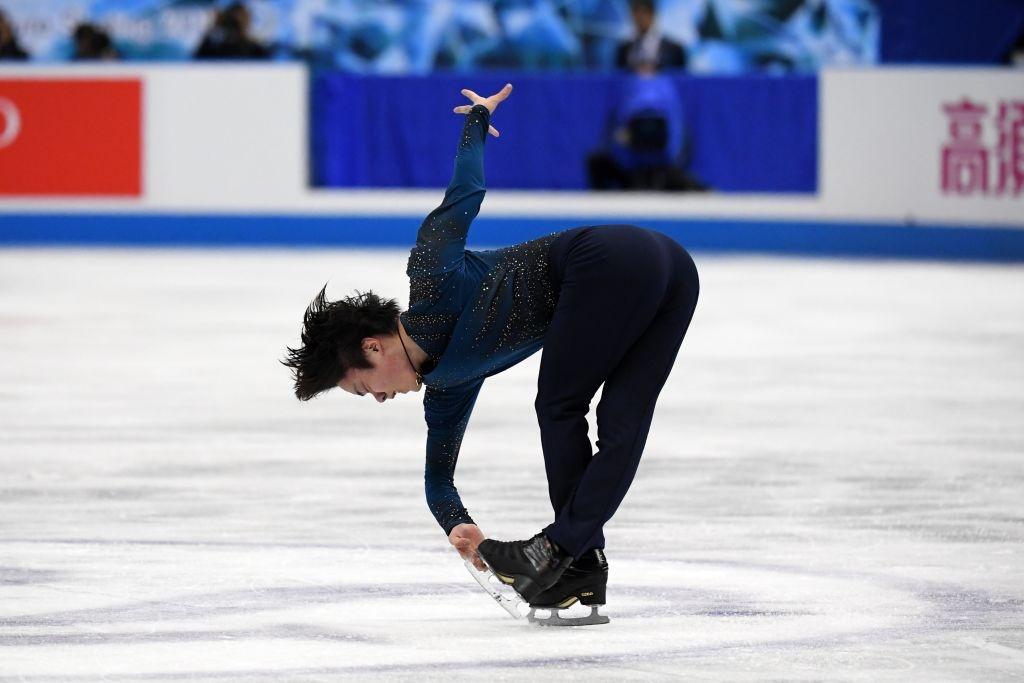 The 21-year-old does not want to choose between artistry and technique, though. “It is a really tough question, since I really want to perfect both, the artistry and the jumps. But all in all with the new rules, I am not complaining, of course it is fair and equal for everyone, but with the rules right now in order for me to win and to compete at the top level, I need to work on my jumps,” he said. “You cannot just practice artistry for a few days or a few weeks. It doesn't build instantly. That's why it's difficult to perfect your artistic side. Still, the longer you work on it, you do get better on it. That goes for jumps, too. That's why I really want to perfect everything.”

Among his peers, Shoma is well liked and known as someone you can have fun with. He names Keiji Tanaka (JPN) as his best friend among the other skaters. “I really feel comfortable with him and he just treats me like any other 24, 25-year-old. We feel very equal. Of course, in Japan, it is about seniority, but still he doesn't care at all, which is why I feel very comfortable with him and I am really, really glad that we are competing in the same competitions again,” Uno shared. 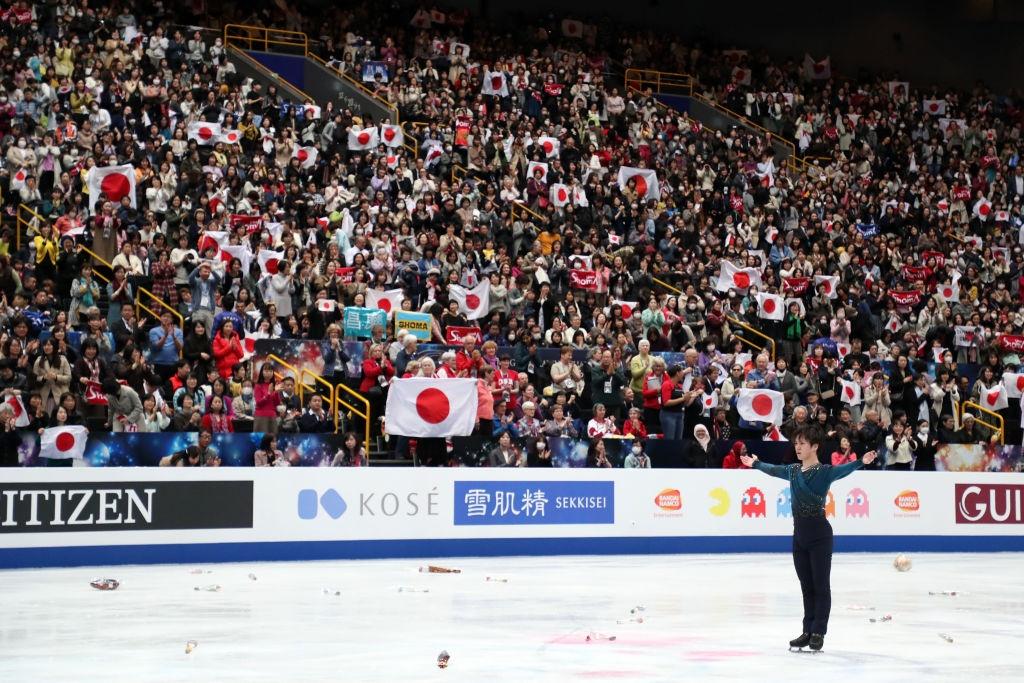 Shoma Uno has been selected for the ISU Grand Prix of Figure Skating events Internationaux de France in Grenoble and Rostelecom Cup in Mosocw.