Sometimes just one photo and two words can change a lot. A little over a year ago, on May 17, the International Day Against Homophobia, Transphobia and Biphobia, four-time ISU World Ice Dance Champion Guillaume Cizeron of France posted a photo of him and his boyfriend, with a simple message “Celebrate love”. With more than 26 000 “Likes” and more than 800 replies, this is Guillaume’s most popular post.

He doesn’t want to call it a “coming out”, though. “In my career I have seen other athletes do it and I have always been impressed by the people who were publicly talking about sexuality, because it is not always an easy thing to talk about. I think it crossed my mind many times, but I don't think I was giving it a meaning for myself,” Guillaume said. “I never wanted to ‘come out’, I am not a good friend of that term, because that is not something anyone should have to do. I've always just kind of lived my life naturally and I never thought for many years that it was something I was hiding from anyone. I've always felt respected.”

The post happened rather spontaneously. “I think on that day one of my friends said 'are you posting anything' and I just said 'no' and then I thought about it and I thought 'actually, why not?' I'm happy with my partner and I just encouraged people to feel free to share whatever they want to share, especially if it's love or happiness.  So I just posted a picture of me and my boyfriend. And then a lot of people interpreted that as 'oh, he came out', which I understand. But it is funny to me that posting a picture of me and my boyfriend made such a fuss.” 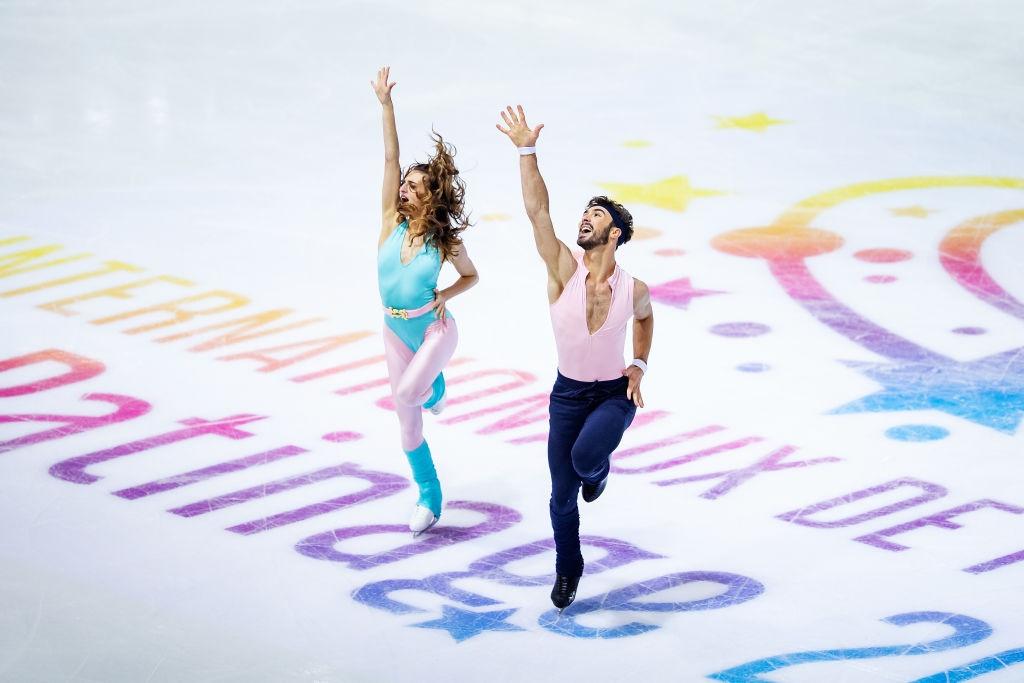 The post had a big impact as the reactions show. It is still not so common that active, high-level queer athletes make their sexual orientation public. “I've been fighting this for a long time, internally,” Cizeron noted. “I thought, I'm not going to do this, it makes no sense to me and then at some point I realized it could potentially help a lot of young skaters or it could help a few people and that's why I decided to do it, to keep talking about it. Especially in France, there are not a lot of queer high-level athletes out. I am pretty happy that I did that and I am happy to be part of the conversation.” 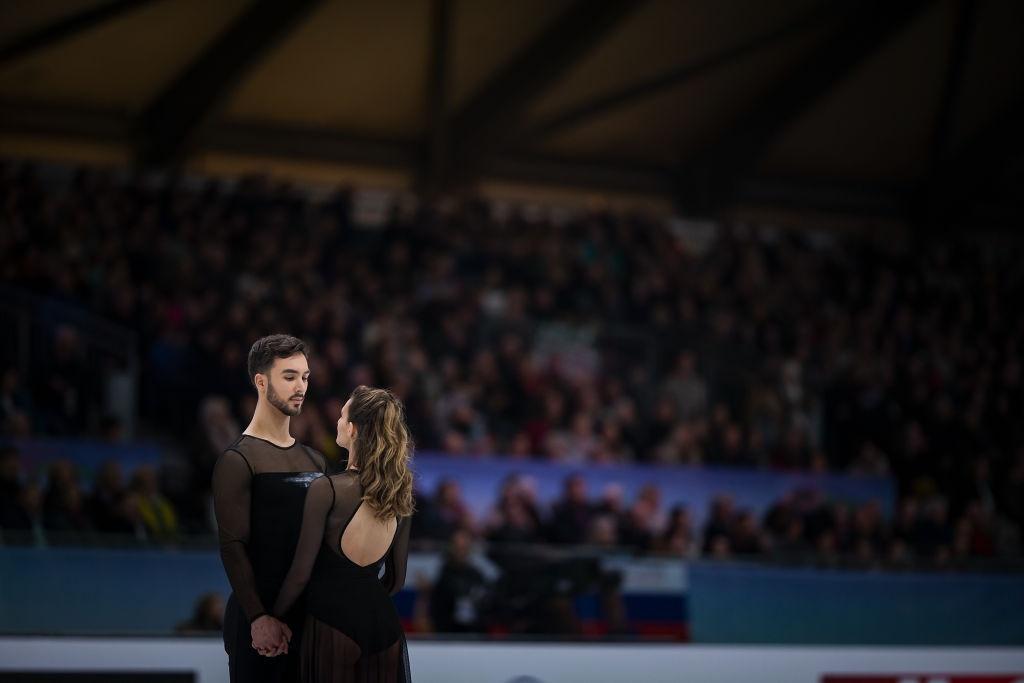 The Ice Dancer feels that he contributed to opening things up a bit. “There're a few other athletes that kind of followed my lead and a few platforms did some shows on the subject, so it's opening a conversation and it's giving a space for athletes to talk about it, because not everybody wants to post things and see what happens. I think just having a context for it is a really nice thing.”

The feedback Guillaume received was very positive. Eventually it led to him writing a book about his experience, “Ma plus belle victoire” (My Most Beautiful Victory”) that was released in France end of April this year. “I just took that wide platform to share my story with people who might be able to relate. Even if it helped just one person, it would still be worth it,” he said.

In that book he tells his story, about how he grew up in a loving family with two older sisters, but felt at a young age that he was different from other boys. It was not easy. Guillaume was lonely in school, didn’t have friends and was bullied, even physically attacked by classmates. He felt ashamed and had trouble accepting his homosexuality. “I hate what I am. I hate myself,” he wrote. The ice rink and training in Ice Dance with Gabriella Papadakis, his first and only partner, became his refuge. When he opened up to his family, he met understanding and love. 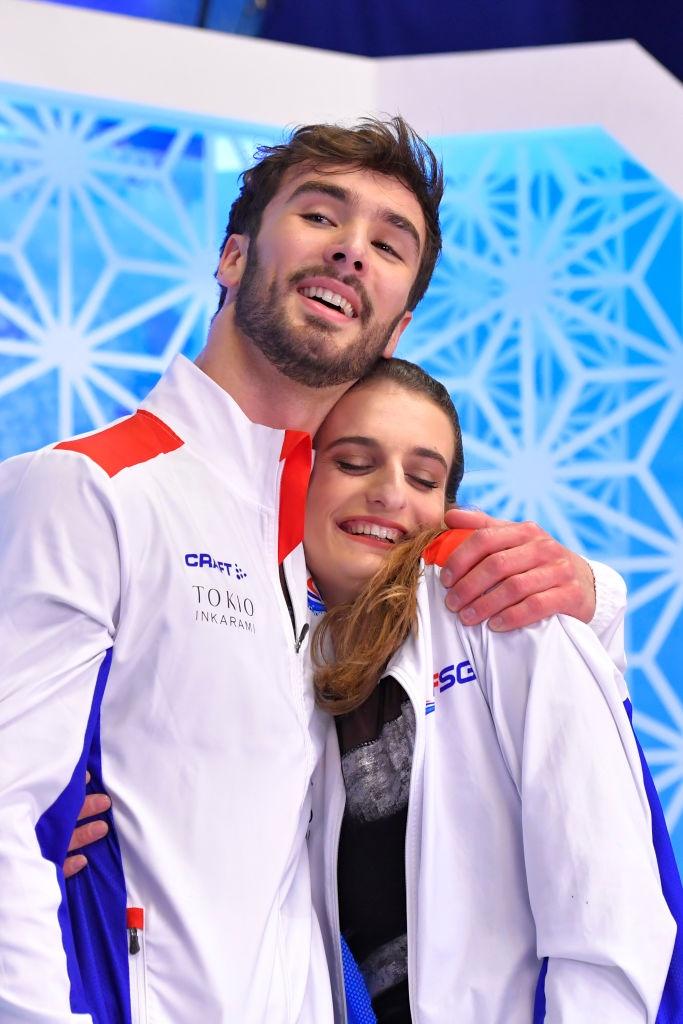 “A lot of people have messaged my parents, some reached out to them, because they have queer children and they wanted to share experiences. Even parents a lot of times are alone, it's not really something that they can talk about,” Cizeron shared. “I had so many people around me, even in skating, who have helped me embrace who I was and regain confidence in myself and I just wanted to give that opportunity to other people and show them that it is possible to succeed even with some little scars from your childhood. Things can change and get better.” 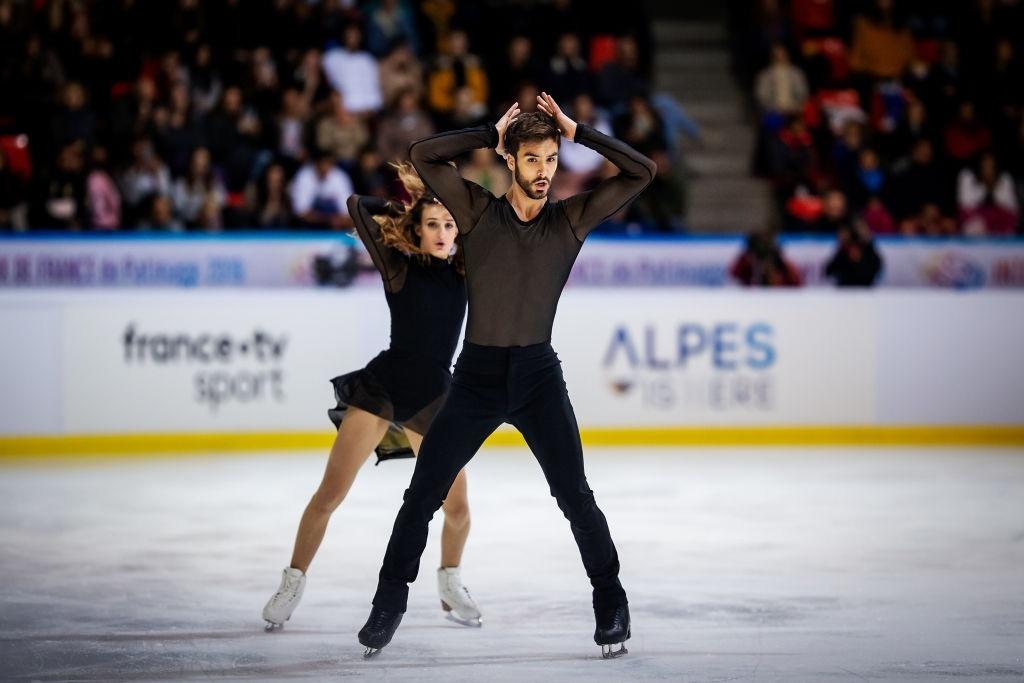 The Skater hopes to encourage others with his example. “It really feels like I have the opportunity to inspire other people and that pushes me to be my best self and expressed self. I find a lot of meaning in that, because it has been a struggle for me and I see so many talented, amazing people are struggling with it and it's just a shame. I just feel by being myself and showing that example of not being ashamed, not trying to hide parts of myself, of being open to any possibilities, I am helping other people. I feel like I'm doing my best to be those values that I think society should embrace - inclusion, just living well together with all our differences.” 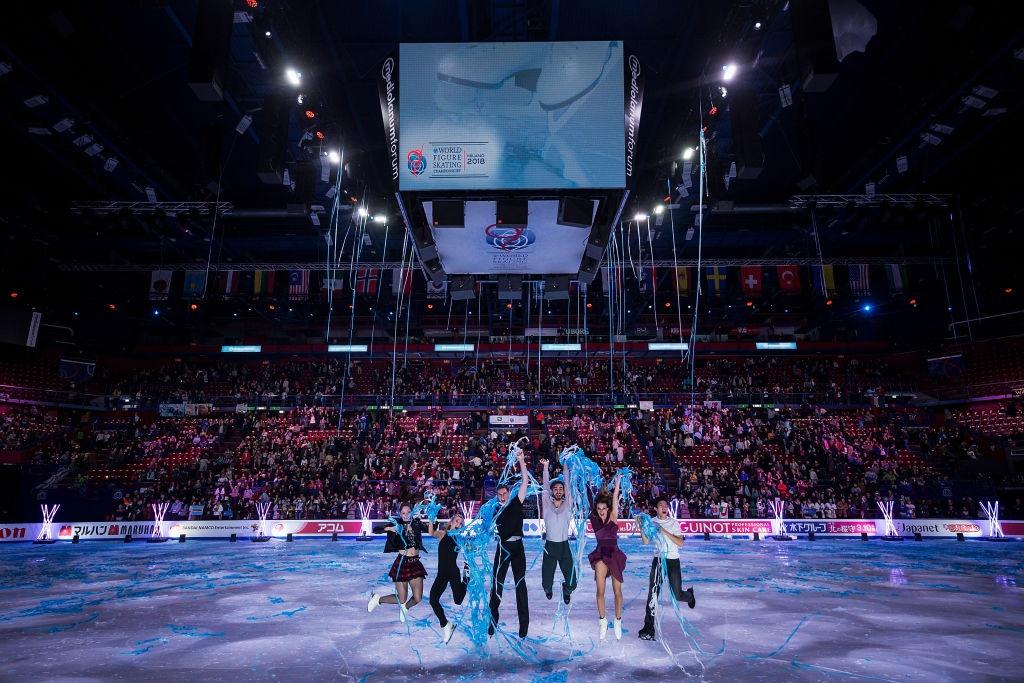 Cizeron feels accepted in Figure Skating. “It's an artistic sport, so there's a lot of very open-minded people,” he said. However, he questioned the traditional roles in Ice Dance for the female and male partner. “Skating was always my way of expression, and that's where I felt free to be myself but also, at some points, it felt kind of weird to be put in the position where I had to be in a ‘straight marriage’ with my partner,” he explained. “I still had to play that heterosexual male role and I rejected that for a long time. A lot of times I've had the impression that people didn't want to see the more feminine part of me. I had to hide it even in the sport, because I have to be the man, I have to hold my partner and be strong and this and that, which are things that I don't like.”

The 2018 Olympic silver medalist thinks that these traditional role patterns in Ice Dancing are slowly dissolving. “Women don't have to be the fragile thing that is being taken care of all the time. It is nice sometimes reversing the roles and just having more freedom and more opportunities for males to be creative, to be sensitive, to be fragile. I think that's where I would like to see the sport going, more freedom for men and women, because women can also be strong and they don't have to be that delicate creature if they don't want to be,” Guillaume commented. “A lot of people don't find it beautiful to see two men kissing. But the definition of what is beautiful and what is not beautiful is just very fluid. It's linked to ideas. So, I think it's just showing people that a man and a woman being equal and not necessarily in that strange role playing is also beautiful,” he added.

You can also listen to Cizeron on The Ice Skating Podcast.

Get your pride on! We're celebrating #Pride2021 with a BIG surprise in the latest episode of This is #UpAgain Show!Second

Let's be Stronger Together on Olympic Day!