Johnny Weir: ‘The Olympic Games changes you as a person, more so than just an athlete’

Johnny Weir has just about done it all. He is one of the USA’s most celebrated male Figure Skaters of all time, an ISU World Figure Skating Championships medal winner, a highly regarded sports commentator and a TV star in his own right. But spend five minutes with him and you soon realise that one thing means more to him than anything else. 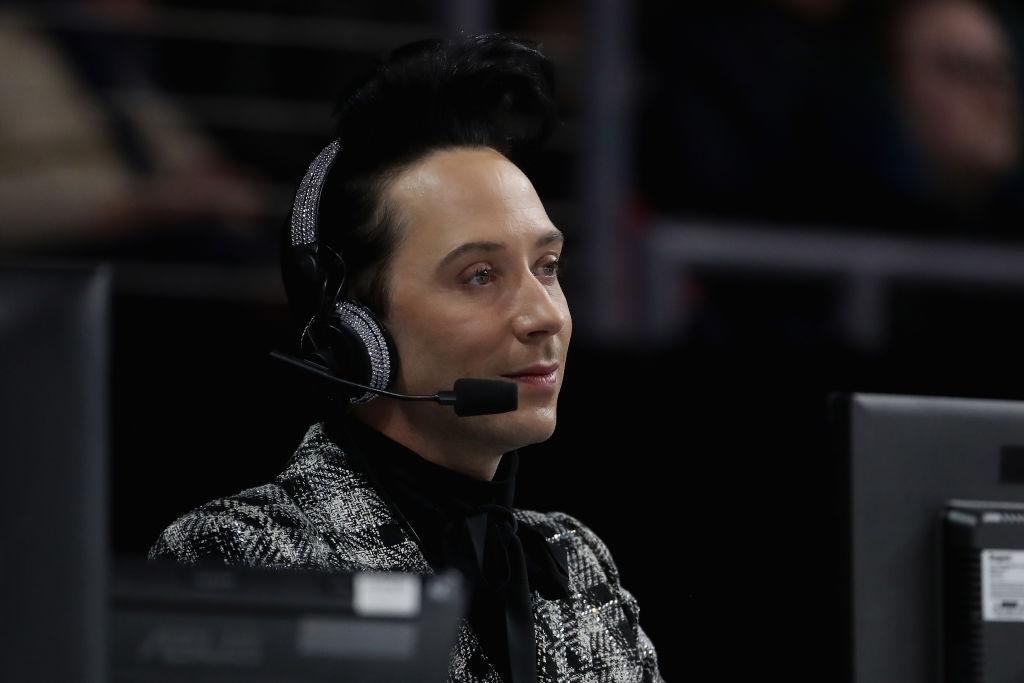 “The Olympic Games changes you from the inside. You see who you are and what you are capable of,” Weir said. “You can see what your journey in life represents.”

It is a big statement but for a kid growing up in the sparsely populated corn fields of Pennsylvania, it was true. It was the Olympic Games that showed a young Johnny another world. In particular, it was the performances at Lillehammer 1994 by Ukrainian gold medallist Oksana Baiul that changed everything. 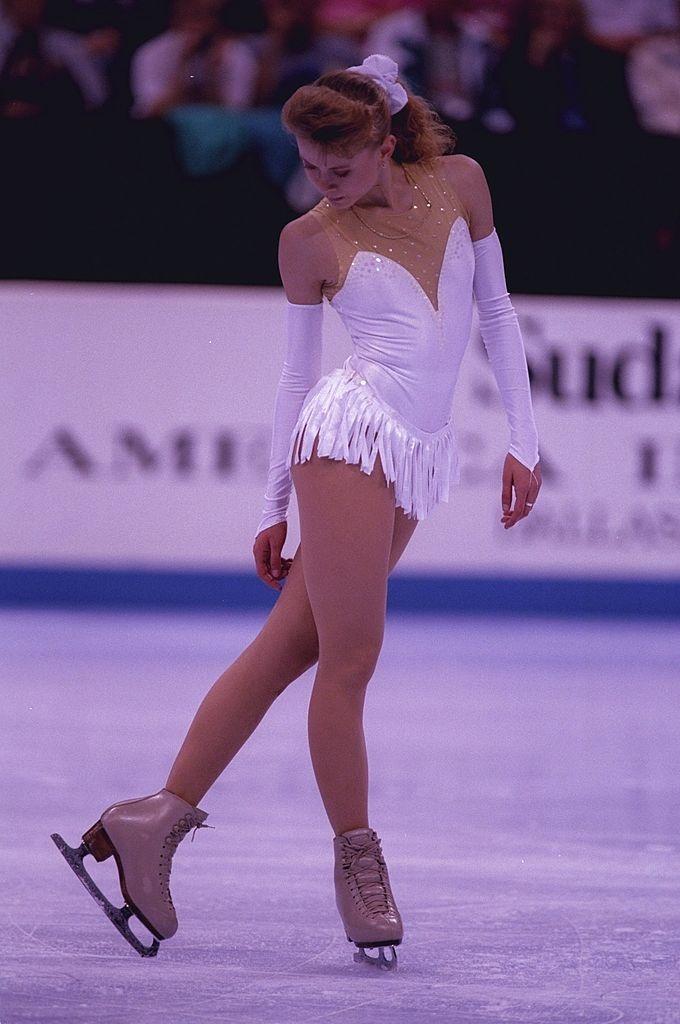 “As soon as I saw that I started to dream myself, even though I wasn’t on the ice yet – [I could] just dream bigger,” Weir explained.

“Coming from a little village in the Ukraine and then becoming the Olympic champion and being celebrated all over the ice – what could I do that was just as good.”

Instantly an “Olympic fanatic”, Weir found his way the summer Games too. 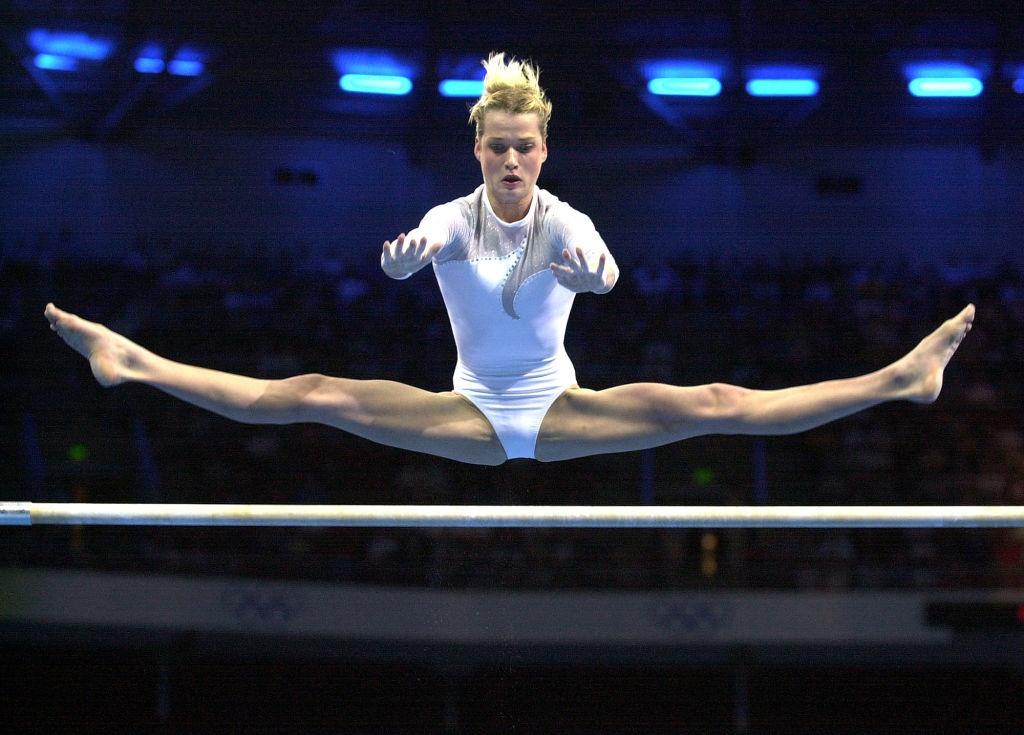 “I loved watched Svetlana Khorkina in the summer Olympic Games in gymnastics [Khorkina won balance beam gold at Atlanta 1996 and Sydney 2000],” Weir said. “She is somebody who inspired me a lot when I was competing because she is so determined and such a diva and so strong and had such a clear view of who she was.”

Khorkina and Baiul became Weir’s “guiding lights” as he progressed in just five years from a complete novice to an alternate for the USA at the Salt Lake 2002 Olympic Games. It was no surprise then that Weir made his debut on the biggest sporting stage of them all in Torino four years later. And there may be no better advert for the Olympic Games than hearing Weir talk about it.

“Oh my gosh, the Olympic Games. OK, so you are watching it on TV, it’s a pageant. The whole world comes together to celebrate the youth of the world, and sports and flags and grandeur and then all of a sudden you are in the middle of it, at the Opening Ceremony and I think it was Pavarotti singing, in Italy, casually singing an aria and you are just kind of like ‘Wow, this is real?’.”

Not that it was all glory and great singing for Weir at Torino 2006. A multiple ISU Grand Prix of Figure Skating winner and three-time successive USA national champion, Weir had arrived in Italy as one of the favourites but it did not work out like that.

“Looking back on my career that really was my time to win a medal at the Olympics and I blew it,” said Weir who finished fifth. “And that is how I will always see it. Even though it was a tremendous experience, as far as my sporting life goes that was my time.”

It was “Olympic pressure” that did it. But the “thankful” Weir got another go. With the help of Baiul’s former coach, Galina Zmievskaya, Weir returned to Olympic ice in Vancouver in 2010 to deliver the “performances of his life”. It did not matter a bit that he finished sixth.

“It is something I will be chasing to recreate for the rest of my life now,” he said.

Weir has not missed a Games since that fateful debut in 2006. He and great friend Tara Lipinski went to Sochi 2014 as commentators for NBC and proved a real hit. Insightful, honest and disarmingly funny, Weir is as natural behind the mike as he is in front of it.

Backed by popular demand, he and Lipinski went to the Rio 2016 Summer Olympic Games as “cultural attaches” and had a whale of a time.

He and Tara have been commentating for NBC at Tokyo 2020, too – and grabbed some limelight when arriving in Japan with 13 suitcases. “The only way of quantifying how many outfits I brought to Tokyo is by suitcase,” he said on arrival.

But his true love remains the ice and he cannot stop thinking about Beijing 2022. And while the quads and twists we will witness get him super excited, it’s something bigger than that which really fires him up.

“For the last year people have had so little joy and so little happiness and so little celebration that I think the Beijing Olympic Games will be just this shining jewel of something that the whole world can get behind and the Olympics brings that to every country, every person,” he said.

Did you know: Kevin Aymoz (FRA) competed in a summer sport?