Eight months, it turns out, is a long time in Figure Skating.

Back in the middle of 2020 Laura Barquero and Marco Zandron were so far from performing at the Beijing 2022 Olympic Winter Games it barely registered on their radars. The Spanish pair, while a couple off the ice, were not even skating together and simply had their eyes on incremental improvements with their then partners. 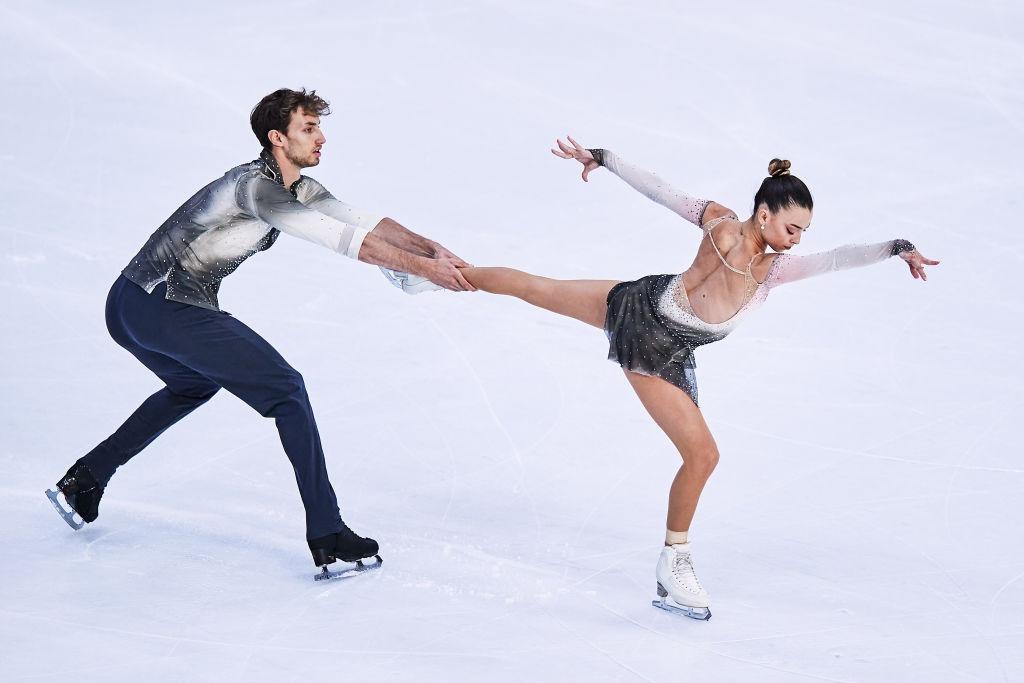 Fast-forward to the 2021 Nebelhorn Trophy, 21-25 September, and the duo are the toast of Spain having produced the performance of their young lives to secure their nation’s first ever Olympic quota in the pairs event.

It is a remarkable turnaround and one even Barquero and Zandron could barely imagine when talking to the latest edition of The Ice Skating Podcast.

“It would be a really big wow,” Zandron said on the eve of competition in Oberstdorf, Germany, before adding; “I actually didn’t think about it.”

He can think about it now, he and Barquero having finished third in the Pairs Short Program, with a score of 62.01 before spectacularly holding their nerve to win the Free Skating and finish with 181.61. It was enough to place them second behind home heroes Minerva Fabienne Hase/Nolan Seegert (GER). Unsurprisingly, both performances were personal bests for the Spaniards. 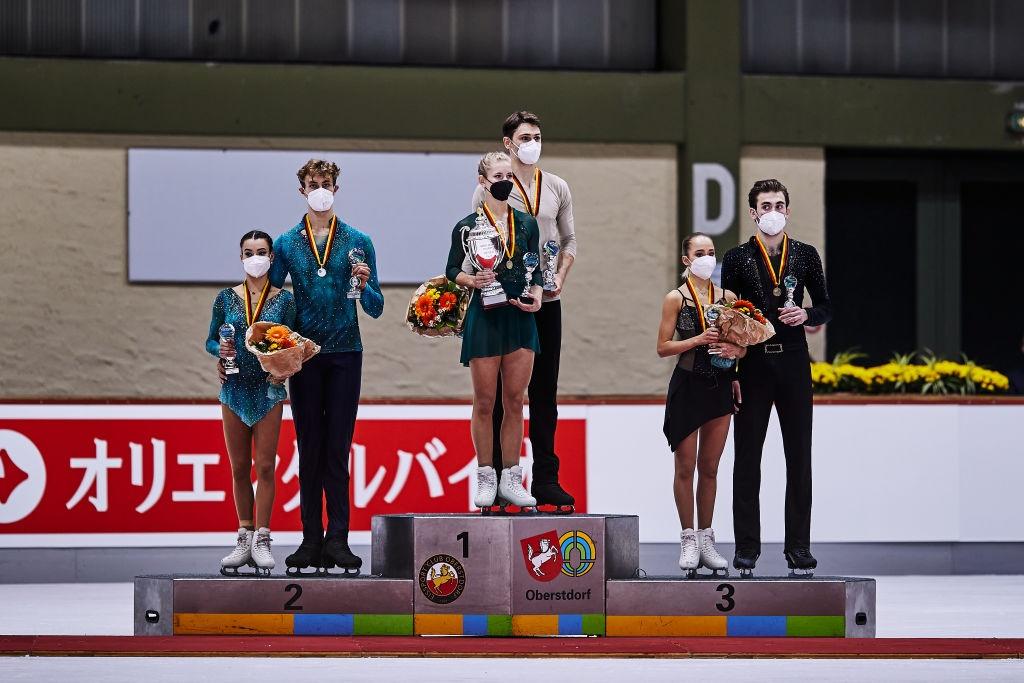 Barquero, 19, is the only one of the pair to have even skated at a World Championships, having competed at the 2018 and 2019 editions with Aritz Maestu. But after meeting Zandron and “melting into a couple off the ice” things changed quickly.

“We were not thinking to skate together at the beginning but then we saw it was going really good and we had a really good feeling on the ice too,” Barquero said, her laugh indicating just how happy life is right now.

The duo finally started skating together at the beginning of 2020 but injury and a bout of Covid-19 meant that by the time they took to the Oberstdorf ice, they’d had just eight months on the skates together. Zandron admitted that even they are “surprised” by how quick the process has been.

It no doubt helped that they went to Nebelhorn not only on the back of an encouraging second place at the Lombardia Trophy in early September, but also with the luxury of not expecting anything.

“We said that this season if we get the qualification (for Beijing 2022) that’s super but that’s not the main goal,” Zandron explained to The Ice Skating Podcast. “The main goal is to do well at practice, train a lot and get better because we are quite young so we have, I think, a long journey and we are only at the start of it.”

Such a carefree attitude allowed the skaters to fulfill their aim and treat Nebelhorn, the biggest competition of their partnership to date, like a “simulated training exercise”.

While they may not, as Zandron insisted, be “long-term thinkers”, such was the success of their “training exercise” that he and Barquero now have plenty to look forward to. 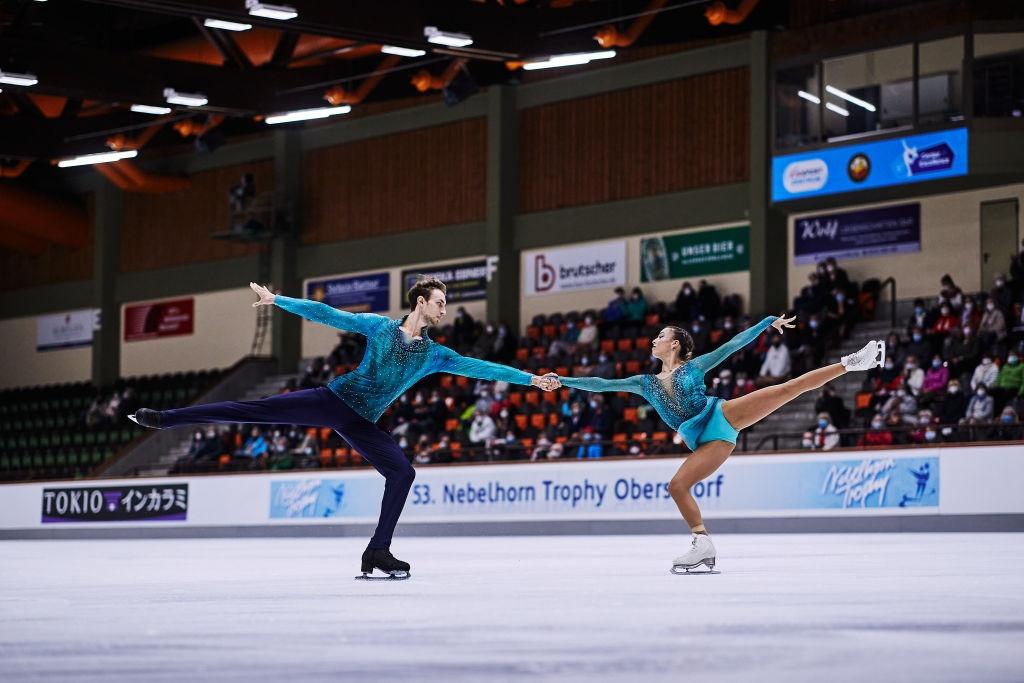 Self-confessed fans of pairs including the current world No.7-ranked Nicole Della Monica/Matteo Guarise (ITA), and PyeongChang 2018 Olympic champions Aljona Savchenko/Bruno Massot (GER), the Spanish duo are on their way to replicating their heroes and they can hardly believe it.