Beijing saved the best for last as the first ISU World Cup Short Track Speed Skating session of the season came to an end. Suzanne Schulting (NED) renewed her dominance in the Women’s 1000m and hosts China got to celebrate two gold medals in the Relays. 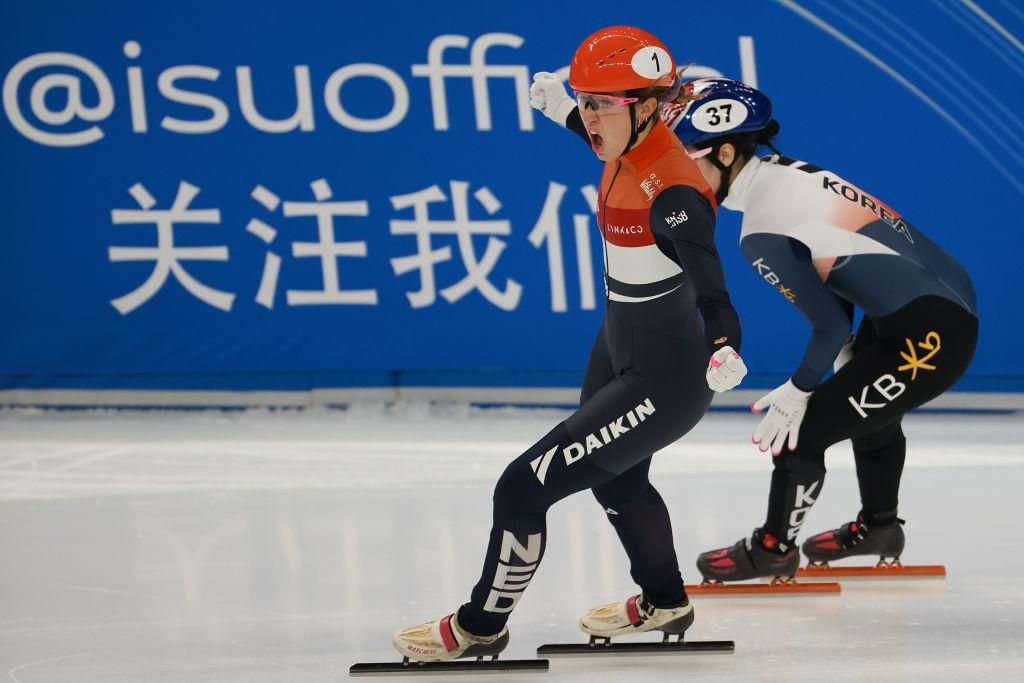 Schulting showed a return to form, as the reigning World and Olympic Champion in the Women’s 1000m distance produced a strong performance to win gold on Sunday.

It was seven-time overall ISU European Short Track Speed Skating Champion Arianna Fontana (ITA) who took to the front early in the race, but Schulting overtook the Italian with seven laps to go and steadily stretched her lead.

That left Fontana to battle it out with Kim Jiyoo (KOR) and Kristen Santos (USA) for the remaining spots on the podium, with Kim and Santos taking the silver and bronze medals respectively.

“I knew that I was going to be the one to beat coming into this final. And after my crash in the 1500m (on Thursday), I had to set things right as well. This win feels amazing, I’m very happy,” said Schulting.

Santos secured her second bronze medal of the season following her third-place finish in the Women’s 1500m Final on Saturday.

“I only had one individual World Cup medal before this weekend, so needless to say I’m very happy,” she said.

“Yesterday there was a little bit more luck involved as there was a big fall in the last corner, but today I feel like I actually earned this bronze. It’s been a really good weekend and I’m looking forward to the rest of the season.” 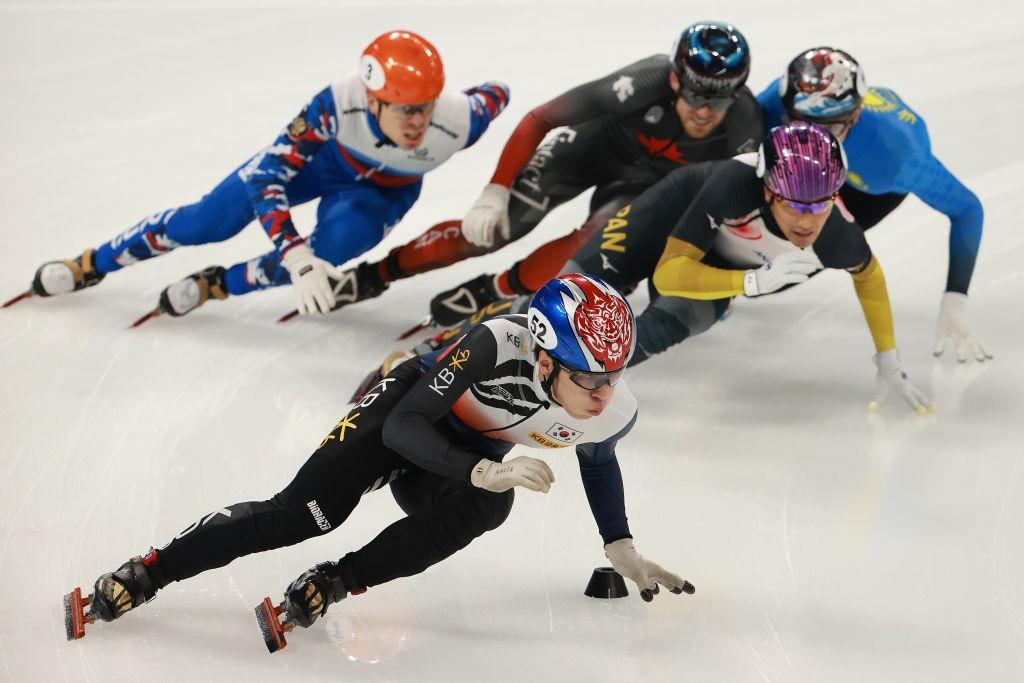 The Men’s 1000m Final proved to be a tactical one, with five skaters jostling for position for much of the race after Adil Galiakhmetov (KAZ) was advanced to the final following a penalty decision against John-Henry Krueger (HUN) in the semi-finals.

World record holder Hwang Daeheon (KOR) paced his race brilliantly, though, moving through steadily from the middle of the pack to take the lead with two laps to go and hold the front to secure gold.

Semen Elistratov (RUS) added another medal to his tally, the 31-year-old picking up silver after winning gold in the Men’s 1500m on Saturday. Pascal Dion (CAN) took bronze.

“I’m very happy to win a gold medal here at the test event for Beijing 2022. It shows that I’m in good form with the Olympics approaching,” Hwang said afterwards.

All gold medallists in the first ISU World Cup Short Track Speed Skating session of the season get to claim top spot in the Special Olympic Qualification Classification. The ranking is based on the best three results achieved at the four World Cups this season.

“It feels very good to be back on the podium again. It’s a good start for this Olympic season and gives me hope for the Games,” Dion said. 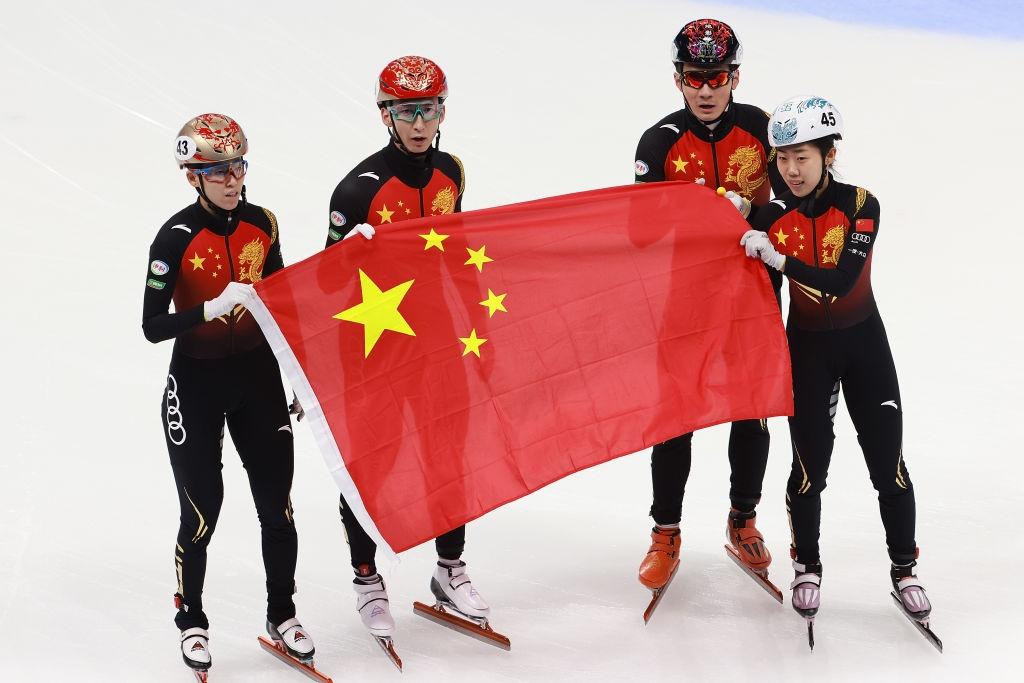 Republic of Korea gave their rivals a tough target as the Short Track powerhouse blasted to a world-record time in the semi-finals of the Mixed 2000m Relay on Sunday. Their blistering time of 2:35.951 broke the previous mark of 2:37.747 set only three days ago by China.

The Chinese skaters took back control in the final, however, leading the charge with Korea and Italy hot on their heels. As the race unfolded, the Netherlands overtook Italy and eased into second spot, challenging China for gold.

“Relay is a team sport, everyone tried to do her part to the best. We have one heart, we fought together and won gold, which makes me feel thrilled,” said Guo Yihan.

Teammate Fan Kexin (CHN) added that this win has been a huge confidence boost for the team. “The first two days at the individuals’ races, we were a little too tense, because we haven’t had any international competition for two years.

“Today we performed well, we feared nothing, just marched forward courageously. I believe for the next World Cup we will continue to own this spirit.”

China’s dominance extended to the Women’s 3000m relay, where they also finished on top of the podium ahead of the Netherlands and Republic of Korea in a thrilling final.

Zhang Yuting (CHN) sprinted past Schulting in the last stretch of the race, but although the Dutch skater rallied to make a desperate last lunge for the line, Yuting’s blade crossed first to win by just 0.0084 of a second. The Koreans took bronze.

The Netherlands battle it out with Hungary for Men's Relay gold 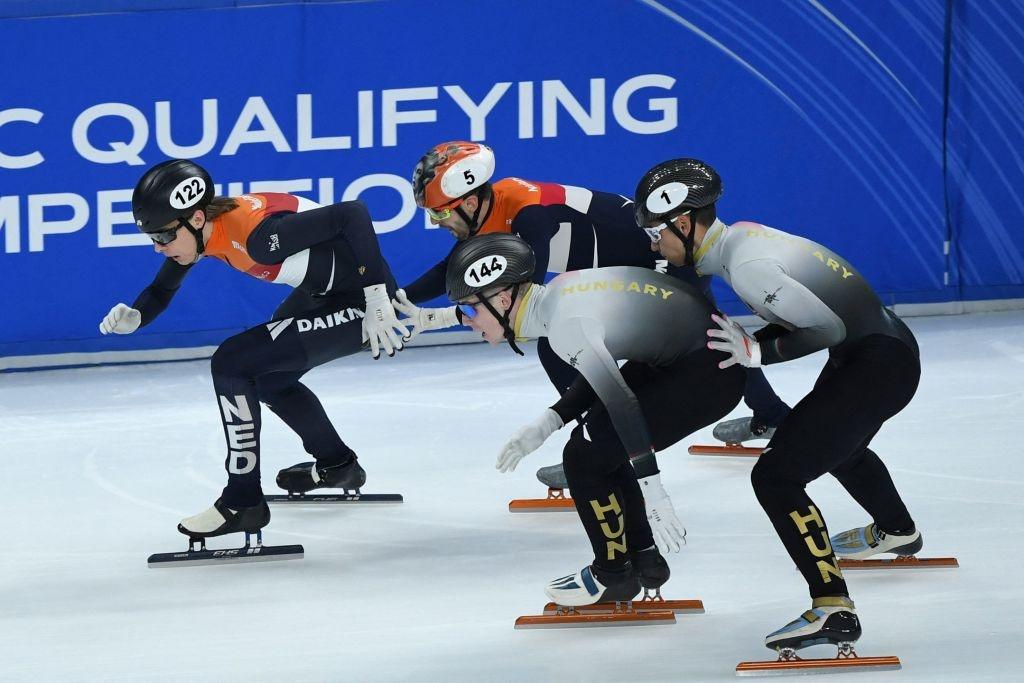 Hungary and the Netherlands renewed their rivalry in the Men’s 5000m Relay. Hungary are the Olympic champions while the Netherlands are the reigning European champions at this distance, and they had to battle it out for gold in the final.

The Netherlands took the lead for the first time in the final with just 10 laps to go and managed to hold on at the front of the pack, Itzhak de Laat (NED) keeping Shaoang Liu (HUN) behind him for the last two laps to take gold.

Italy were later handed the bronze medal after the referees relegated China to fourth place.

The 2015 ISU World Short Track Speed Skating Champion Sjinkie Knegt was elated with the performance of team Netherlands: “It was a chaotic final, but we managed to triumph in the end. Rule number one in short track is to stay on your feet, so we got to battle it out with Hungary. This is a great start towards qualification for the Olympic Games.

“I personally had a bit of bad luck in the qualification sessions this week, which was very unfortunate. I can do much better and I hope to show it next week,” he said, as the ISU World Cup continues this coming Tuesday with competitions in Nagoya, Japan.