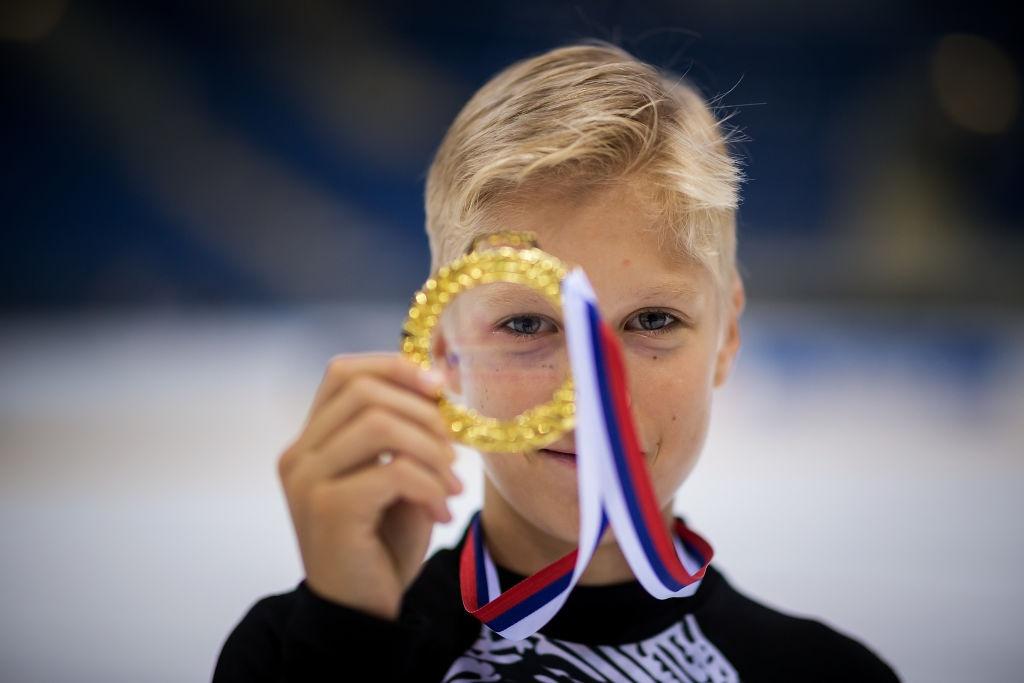 Figure Skating’s wonder kids are always popular. However, most of these young skaters that make headlines with their early success are girls. Canada’s up and coming Stephen Gogolev is an exception to the rule.

The Figure Skating world heard of this now 14-year-old skater before he was even age-eligible to compete at the junior level. He impressed at national events in Canada with his triple Axels and quads when he was barely tall enough to look over the boards.

Stephen was born in Toronto into a family of Russian immigrants, but he spent his early childhood in Ekaterinburg in Russia. That is where he started skating and he even remembers his first time on the ice. “I started skiing and then I tried skating with my friends that were skating. It was my first time on the ice and the coach told us to crawl on the ice first and we would crawl back and forth from the boards”, he recalled. “At one point I had to pick between those two and I liked skating. So I picked skating, obviously. I just like doing the jumps and the variety of different elements.” 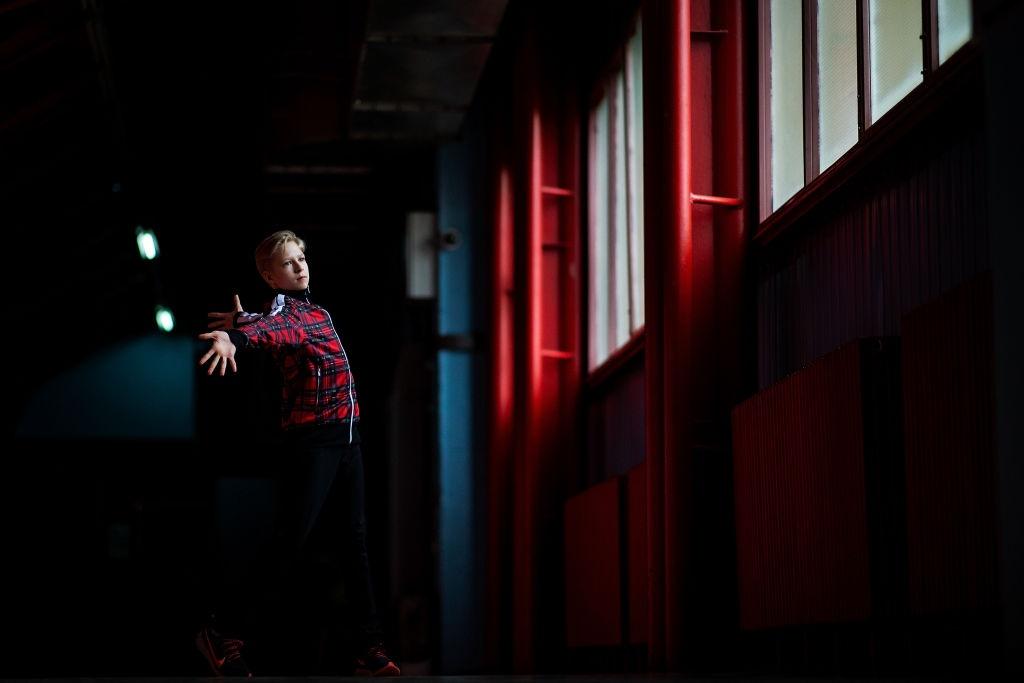 Stephen’s talent showed early. “I learned the triple Salchow and triple toe in Russia and the double Axel. Then I went to Canada and learned all the triples and the quads. I landed the first quad when I was 11 or 12, I'm not sure,” he said.

“For me triple Axel it was the hardest jump probably to learn. Because it is a kind of a step up from doubles and triples,” the skater shared. “It's probably because of the mental (factor) that you have to do a half more rotation or a full rotation more from the double Axel. It's easier to learn the Axel first and then it's easier to learn the quads. The quads came a bit easier than the Axel, because it was kind of overcoming mentally over the Axel and then you're kind of already prepared, because you know how it feels to do another rotation,” he explained. “We started off on the harness and when I got comfortable enough, I just tried for a week. And we were just trying for quads in the off-season. I stepped out of it and then started doing it more and more until I got it,” the Canadian continued. His favorite quadruple jump is the Salchow, because it is the first one he learned and the most consistent.

Stephen started school in Russia and was going back and forth between the two countries before relocating permanently to Canada about six or seven years ago. “I used to come every summer from Russia and I used to skate at the Granite Club. When we moved to Canada, I started skating at Thornhill and then I went to Cricket. I was about nine,” the ISU Junior Grand Prix Final Champion said. However, following the 2018/19 season, Gogolev has moved to California and is now coached by Rafael Arutunian. 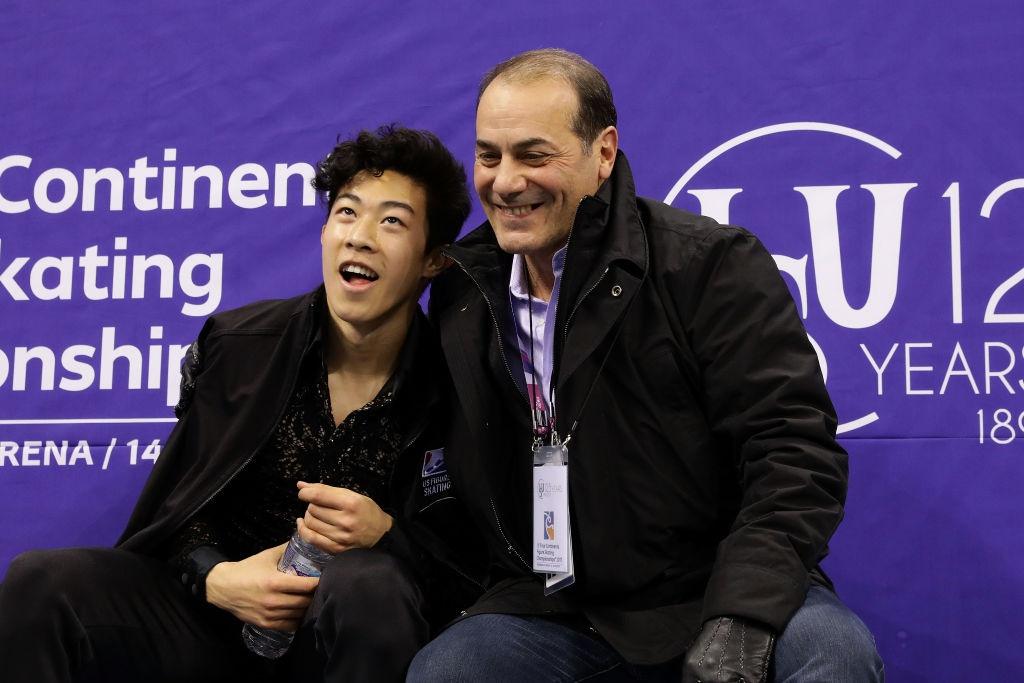 Stephen enjoyed skating at the Cricket Club in Toronto and now in Irvine with elite skaters such as Yuzuru Hanyu and Nathan Chen. “It's really inspiring, just looking at them, their programs, their jumps, everything. It is really motivating. I look up to Yuzuru Hanyu especially,” the teenager noted. 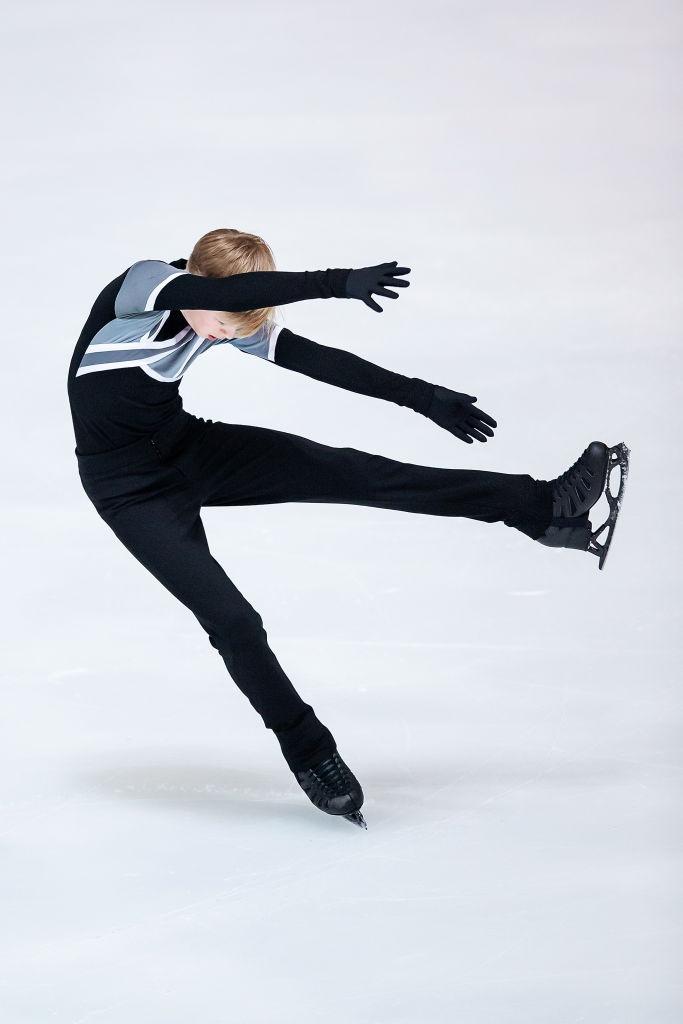 The past season marked Gogolev’s debut on the international junior circuit. He won his first Junior Grand Prix event in Bratislava (SVK) and placed fifth in his second in Richmond (CAN). Stephen was first substitute for the ISU Junior Grand Prix of Figure Skating Final in Vancouver and got in when another competitor withdrew – and he struck gold. At the ISU World Junior Figure Skating Championship 2018 he finished a respectable fifth. 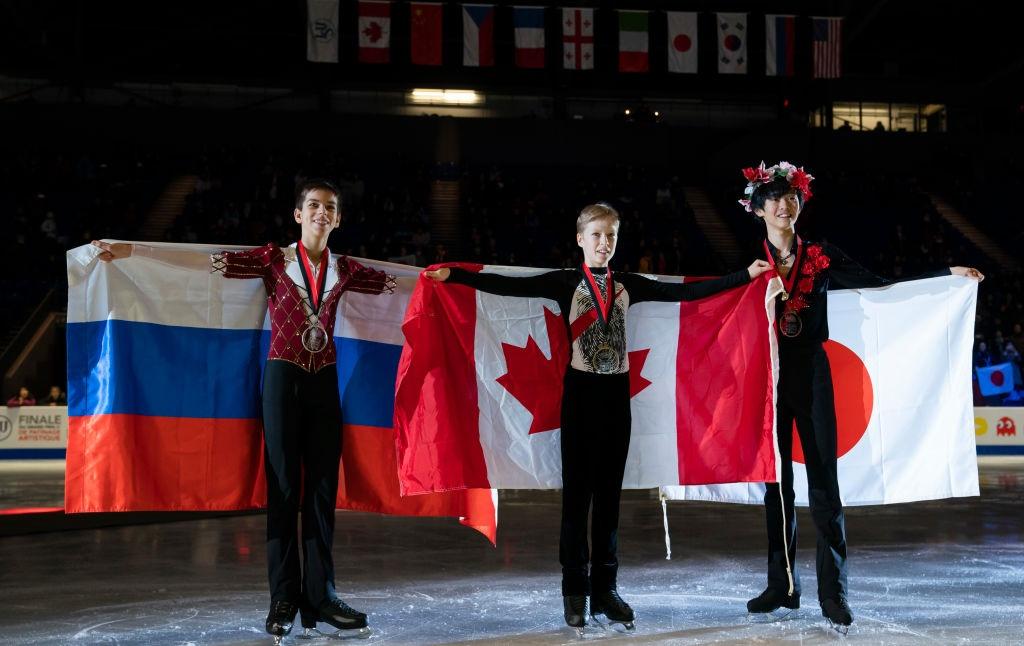 “It was very exciting to do my first season internationally,” Stephen said. “It was nice meeting new people from different countries and I'm happy with how the season went and with the lessons I learned. So I can come back strong next season.” He felt an important lesson for him was “treating every competition the same instead of getting more nervous for competitions like Junior Worlds or the Grand Prix Final.” The 14-year-old felt that winning the Junior Final gave him confidence for Junior Worlds. 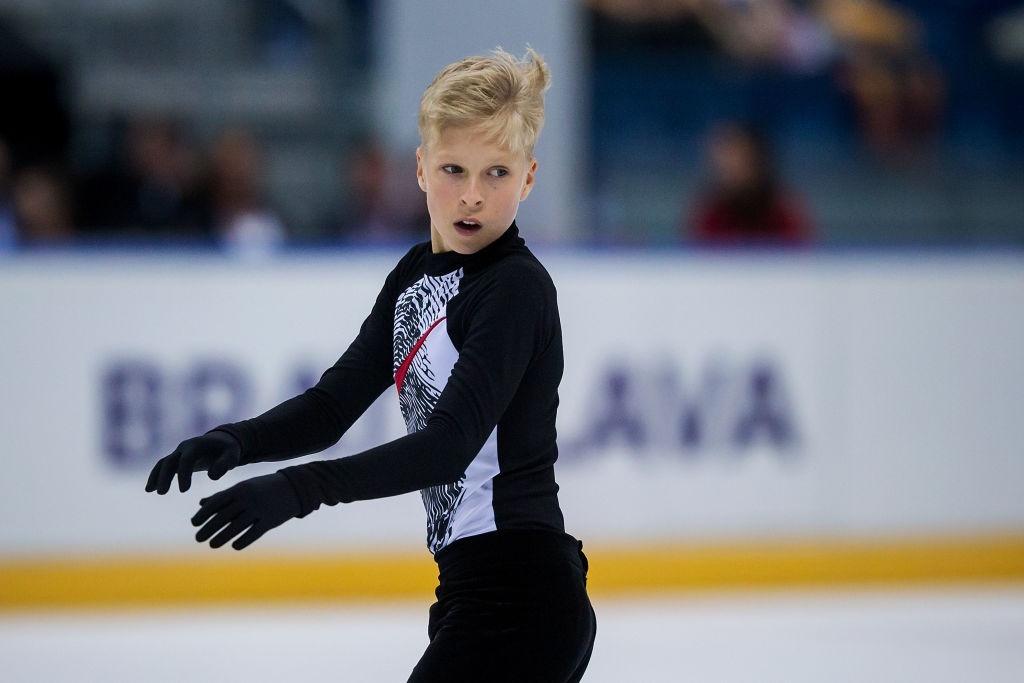 The new season already has started for the young skater, who competed at the Glacier Falls competition in July in California. His new Short Program is set to “Grand Waltz” from the ballet “Aniuta” and to Yablochko (Russian Sailors’ Dance) from the ballet “Red Poppy”. It was choreographed by Nadezhda Kanaeva. Shae-Lynn Bourne choreographed the Free Skating to “The Rhythm of the Heat”, “Darkness” and “Red Rain” by Peter Gabriel. Stephen won the junior division at Glacier Falls, but coach Rafael Arutunian didn’t want him to go for triple Axels and quads yet. “Stephen came a bit late too us because of school and therefore is not yet in shape. Therefore, we’re not doing any triple Axels or quads in the competition yet in July. We need time to build. But it should be fine in time for the Junior Grand Prix and his most important goal of the season is to win Junior Worlds next March,” Arutunian said.

During the summer, Stephen wants to improve his jumps, skating skills, stroking, spins – “improving in everything” as he put it. “I've landed all quads in practice, but it's just getting them (flip and loop) consistent.” Even though he loves jumping, the ISU Junior Grand Prix Final Champion feels that skating is more than jumps and would be boring if there were only jumps.

Stephen comes from an athletic family. His older brother Peter started skating but then switched to kayaking. His mother did Figure Skating and gymnastics and his dad was a gymnast as well, but the parents were not professional athletes. However, it’s not only about sports in the family: Off the ice, Stephen enjoys playing the piano. 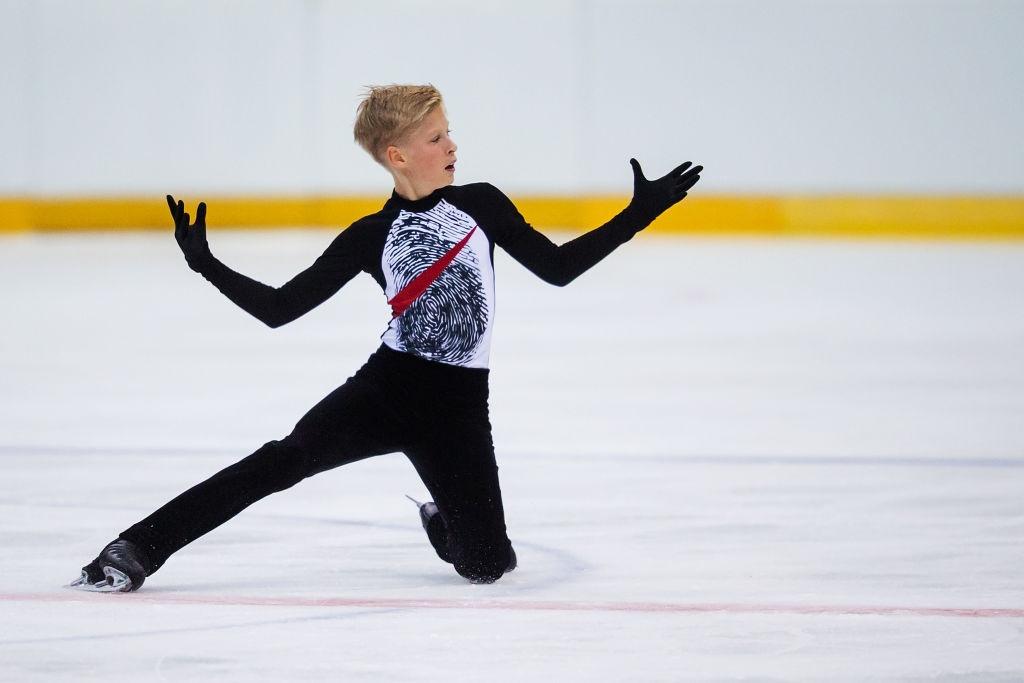 Subscribe to the ISU Junior Grand Prix YouTube Channel to watch Stephen Gogolev compete this season. He is due to compete in Lake Placid on August 29-30 and his second event is yet to be confirmed.