Keegan Messing: Finding strength in loss to get #UpAgain 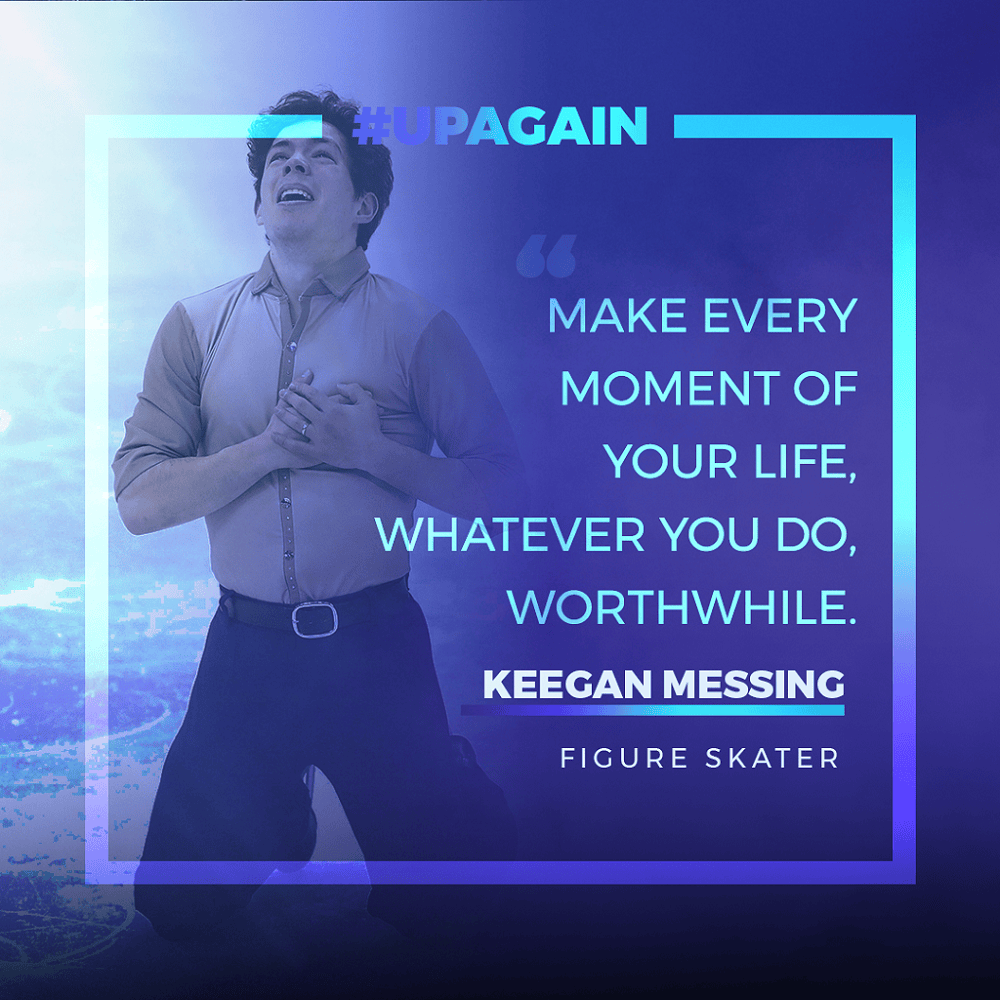 For Keegan Messing, one of his happiest days and one of his saddest days in his life were just a few weeks apart. On August 3, the Canadian skater married his long-time girlfriend Lane Hodson in his home in Alaska. On September 22, he lost his beloved younger brother Paxon. Paxon, 26, died in a motorcycle accident in Alaska. He left a wife and three young children behind.

Keegan had just before started his season with a bronze medal at the ISU Challenger Series event Autumn Classics and was preparing for the Grand Prix. The tragedy hit him hard, but he decided to continue and to compete in the ISU Grand Prix of Figure Skating series. He had been assigned to Skate America and to Cup of China.

Last week my little brother suffered a terrible accident and passed away. He was always a lover of life and truly tried to live life to the fullest every day. He was not only just one of the best bigger little brothers I could have ever asked for but one of my true best friends. If you were ever in a pinch and needed a hand or advice all it took was a phone call and he would drop everything to come and help you out. He will always be remembered as a loving father or the wacky goofy loving husband that put his family first no matter the price or the brother who would keep your head small every time you came home from a competition. But to most he was a friend, a best friend who judged you by what was in your heart and not by your past actions that you may have wanted forgotten. He was there when you wanted gone but then still made you smile. I can go on and on about the character he was but I’m only aloud so many words. Paxon, you will be missed but always loved. It was an honor to be your little bigger brother for the little time time we got. Thank you

“At Skate America, I did a tribute program for my little brother,” Messing said. “There is a little back story to that. The decision to continue skating after the accident was actually made very quickly, only because I knew that if I quit because of him, I can never forgive myself or he can never forgive me for that. I was trying to continue skating, the training was very difficult, of course, but I wanted to do a program for him. At his funeral with me skating still, I fell in between the holes with information and I didn't realize that there was a moment during his funeral to go up and say something. So I didn't have anything prepared to really say goodbye. That put a little more weight on that tribute program for me. It was really my time to go out and to say goodbye. No words are spoken, but I felt like saying goodbye in my own words. I look back at it and it was probably the most difficult program I've ever skated in my life. The only people who knew I was going to skate a tribute program was my wife, my coach, my choreographer and my best friend. I asked Ralph (Burghart, coach) for a little help on the program and I asked my choreographer for a little help, but they left it up to me to design it and so I cut the music, I designed the program and I created it so I can say goodbye.”

It is still not easy to continue training and competing for Messing. While he feels at ease with the Short Program to “Perfect” by Ed Sheeran, that is dedicated to his wife, the Free Skating “November Rain” by Guns’n Roses” is emotionally difficult for him.

“I really try to train as well as I can, but the short program is a lot easier, because I have the distraction that it is from my wife that is helpful in a way,” the 28-year-old shared. “The long program, it's very sad in some parts and it is very hard to train, especially with the loss of my little brother. Getting through it and bringing the time and the effort to go ahead and train the long program as hard as I need to is difficult. I do think I'm not training it hard enough at this point, because of emotional stress, it hurts to skate it and sometimes I'm not ready to hurt physically in my body. There is so much mental stress this year that goes along with it. Competition days are hard for me. I find the memories are strongest on competition days.”

Long season, but glad to have done it with Noods by my side😇

Keegan found support in his teammates, ice dancer Piper Gilles and fellow single skater Nam Nguyen. Piper knew what he is going through as she had lost her mother to brain cancer in 2018. “Piper and Nam are such a big help. Nam especially on competition days, he is always right there with me. Nam is a very, very good friend of mine. The day after or as soon as he was able to find out about the accident he was calling me, four, five, six times a week, just making sure I was ok. 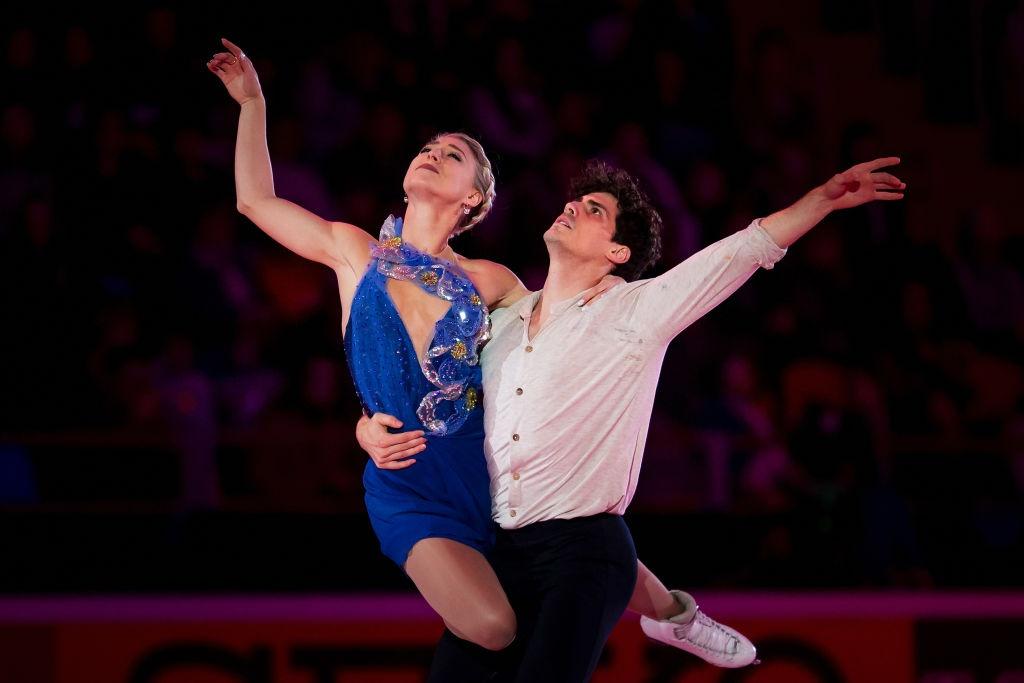 And Piper was right there with me, too. I ended up giving her a call and we had a really long talk about just finding strength in loss, finding reasons to continue, because in the grand scheme of things, when you go through such loss, you have to answer why - why am I still doing this? Skating is not important in the grand scheme of things, it's just skating. And to push yourself to feel that, to train, to hurt like that and to hurt emotionally, it's so much. To find the will to continue, it is just so hard. There is no way I could quit because of it, because if my little brother knew, I quit because of him, well, he would never forgive me. Not many people know this, but he was a competitive snowboarder a little bit ago and he was actually National Champion (USA) in the giant slalom and took bronze in the slalom races. He was hoping to make the Olympics with me, but the US cut their snowboarding racing program and he didn't have a shot to make the team anymore. So, kind of the Olympic dream wasn't really mine anymore, it was shared with him involved,” Messing said.

So thankful to be here. These Olympics was everything and more from what i was told they were going to be! Thank you to everyone who has helped me get here. thank you. Photo credit Skate Canada/Greg Kolz #pyeongchang2018 #olympics #teamcanada #livingthedream

His brother was unable to attend the 2018 Olympic Winter Games where Keegan competed, as his wife gave birth to their youngest son just the day of the Men’s Short Program in PyeongChang. “They were watching me skate in the hospital. He put family first just like all of us do,” Messing pointed out. 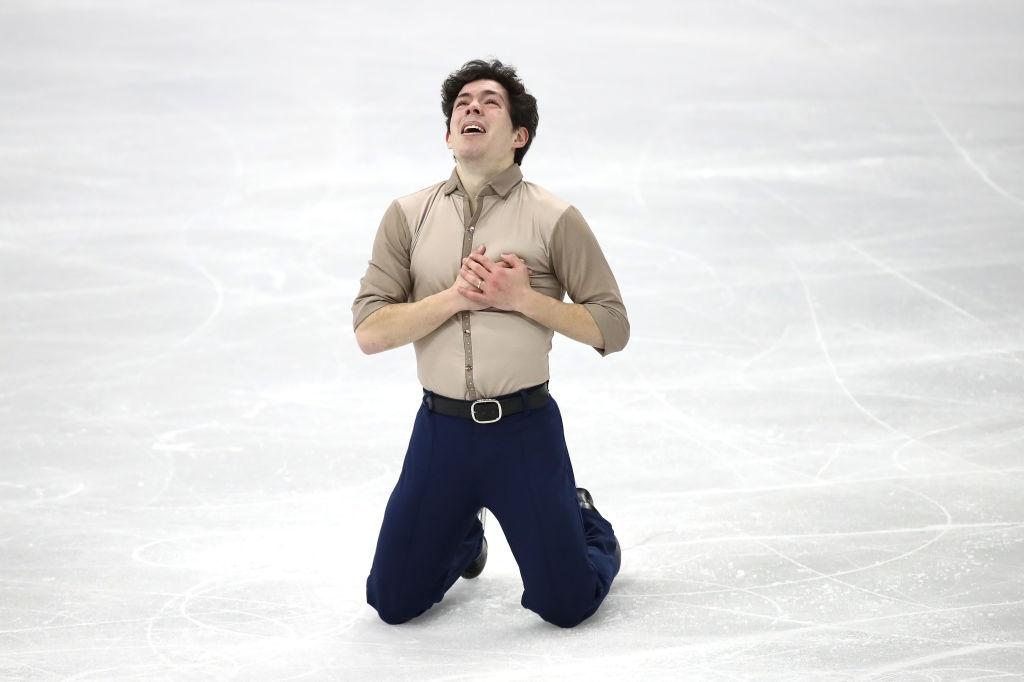 “Next steps is really go home and spend time with my family. Honestly, the first thing on my mind is I finally got my ice rink built and ready. I always build a little ice rink in my backyard with a Crashed Ice downhill course, complete with jump and everything. It's so much fun. But next order of business is to get skates for the little ones. They live very close to us and I want to get the little ones out on the ice. Tristan is the oldest at four, Jaxon is three and then the youngest, is turning two very shortly. I want to get skates for the oldest two and get them out there and learn it. I got videos of them on youtube with me playing with them on the ice when I finally got it ready to go. I don't see them ever going competitive, but just keep the Canadian vibe going and teach them how to skate at least so they can pass it on, can bring their skates to the lake one day, just learn the trade a little bit,” Messing shared. 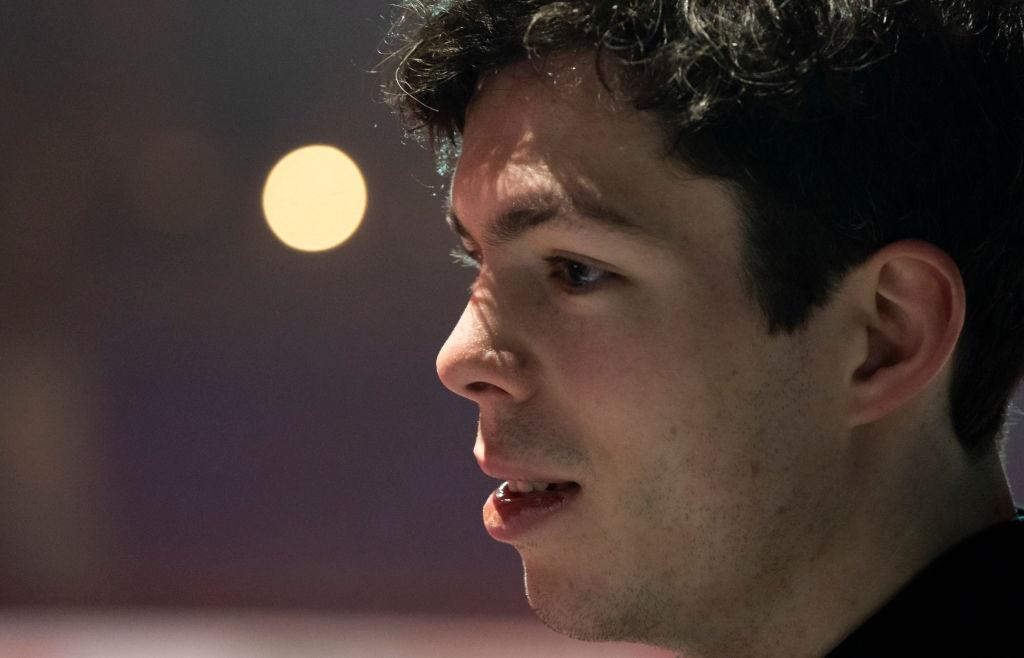 Here is Keegan’s #UpAgain message for people that are going through hard times of loss:

“It's trying to find the balance between skating for them, skating in memory of them or it's to build yourself a plan. That's something that Piper actually told me: go and build yourself a plan and follow it and it does makes it easier. If you have a plan and you follow it, it helps you to turn off your mind a little bit and just fall right back to the training. It's a hard one, because I'm still trying to answer this question myself. I don't want to skate for him, because skating is something that I want to do for myself, it's something I want to, but taking strength from loss, there is something powerful there and learning how to deal with it, learning how to incorporate it, because it's never going to go away. I think it's learning to incorporate loss into life. It's always going to be with you. Through loss, I feel like you really start learning what's really important in life. Skating honestly is not that important in the grand scheme of things, but it's family, it's everybody, it's saying I love you when I leave, it's that one last hug. It's trying to make every moment on this earth worthwhile. You never know when something out of your control will come and take the ones you love most. So make every moment of your life whatever you do worthwhile.”