Canadian Ice Dancer Piper Gilles, who competes with her partner Paul Poirier, was preparing for the ISU World Figure Skating Championships 2017 in the pre-Olympic season when she found out that her mother Bonnie was fatally ill. 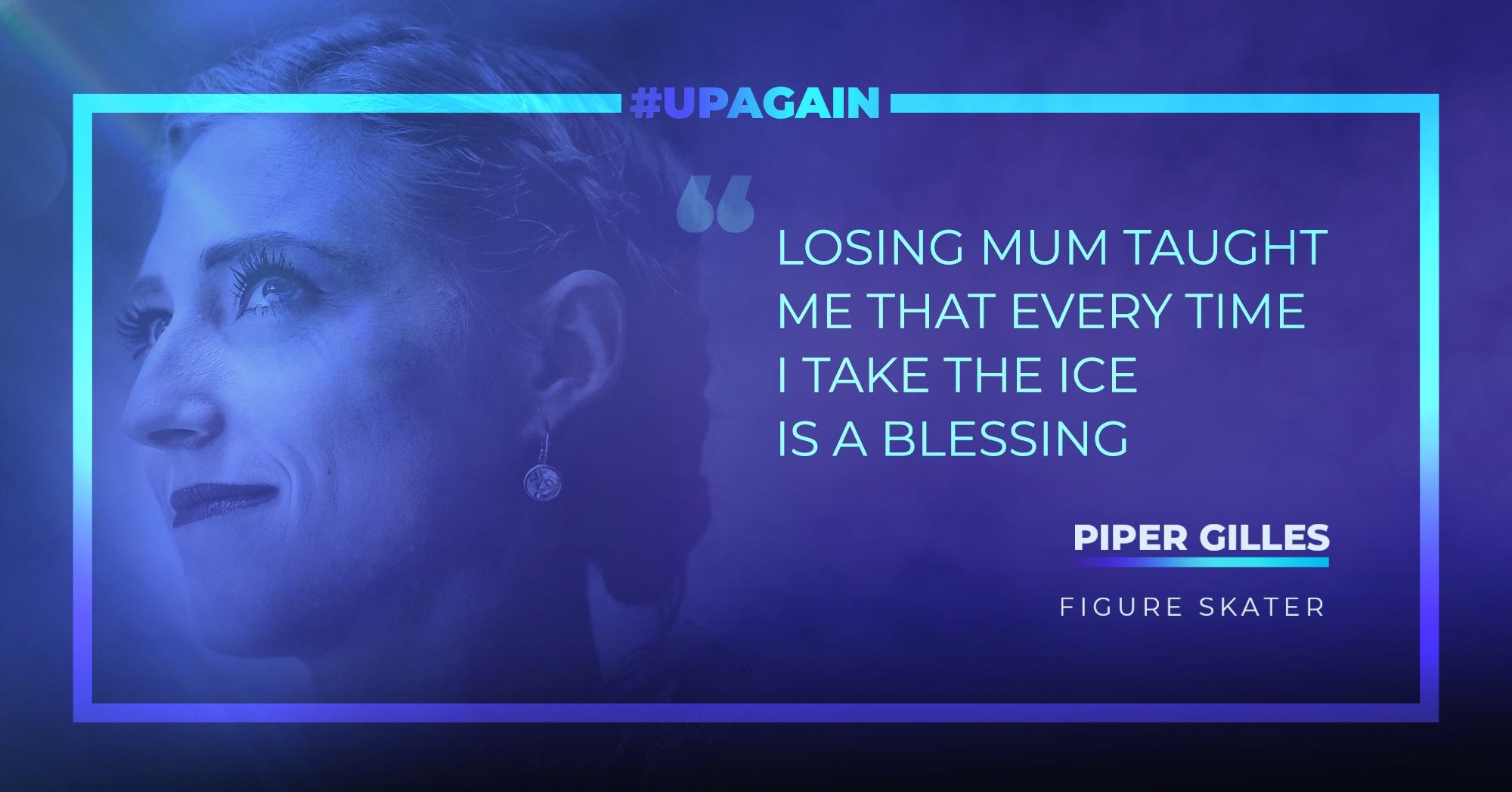 “As a mom, Bonnie was always there for me, supporting my dreams and eventually, my career. Helping me find my passion for fashion and costume design is something I will never forget. We used to spend hours at the seamstress, doing costume fittings, stoning costumes, and flipping through magazines. She had such a way at making something so small so memorable.

Want to get uplifted and motivated? Check out Piper's Up Again Music Playlist on SPOTIFY.

Mom also always kept an open door to fellow athletes. Over the past 15 years our house has hosted over 80 athletes from 15 different countries. She became the ultimate skating mom to many who to this day are still a part of our lives. She was the best mother an Ice Dancer could hope to have, and I was so lucky to be her daughter.

During a training trip home in March 2017, however, I began to notice some uncharacteristic traits in my mom. She forgot to pick me up at the airport – something that never happened to someone as organized as her. From there the list of small errors began to grow, until we knew something was very wrong. She was pacing around the kitchen for hours, and then during one trip she got sick in the car. I knew I needed to step in and get help.

Getting my mom to see a doctor was a difficult call to make. I was just 25 and knew nothing about brain illnesses. Within 15 minutes of testing the medical staff knew something was wrong. Forty-five minutes later they confirmed my mom had a tumor the size of a tennis ball in her brain. We were in shock. And being at the hospital alone knowing all of this information was probably the hardest thing. 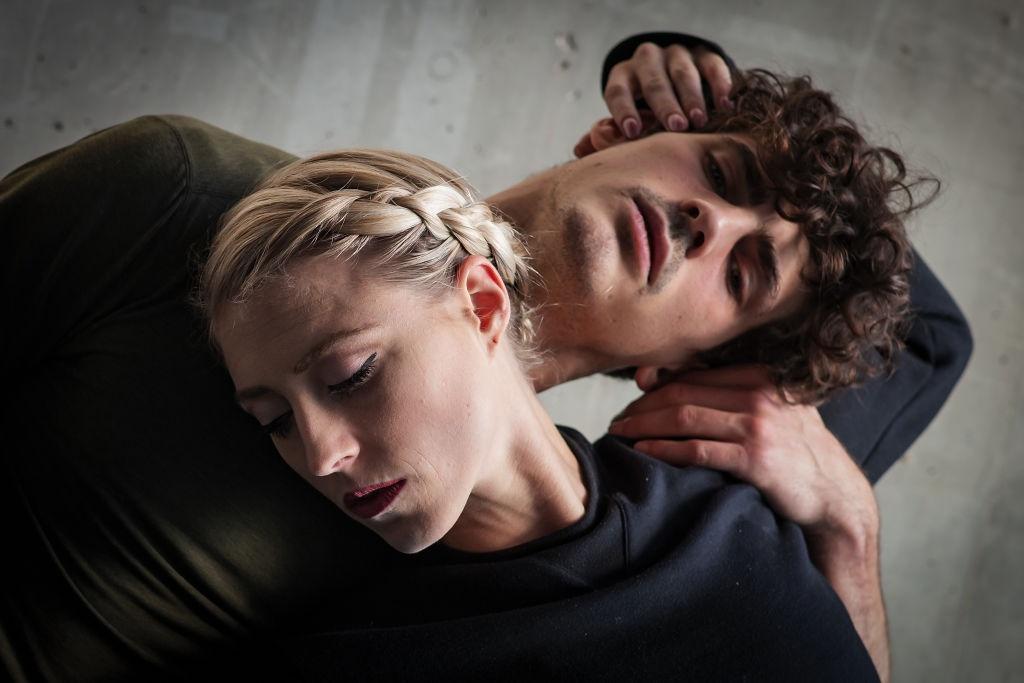 She was told that she could live anywhere from five days to fifteen months. It was one of the worst days of my life, knowing that I had to make a big decision on going to compete at the World Championships two weeks later or to stay home and be with my mom. We made the decision to compete. I didn't want to leave her, I remember crying at the airport, but we went and we skated really well.

The task ahead was to figure out, do I compete or do I go home and take care of my mom the year before the Olympic Games. 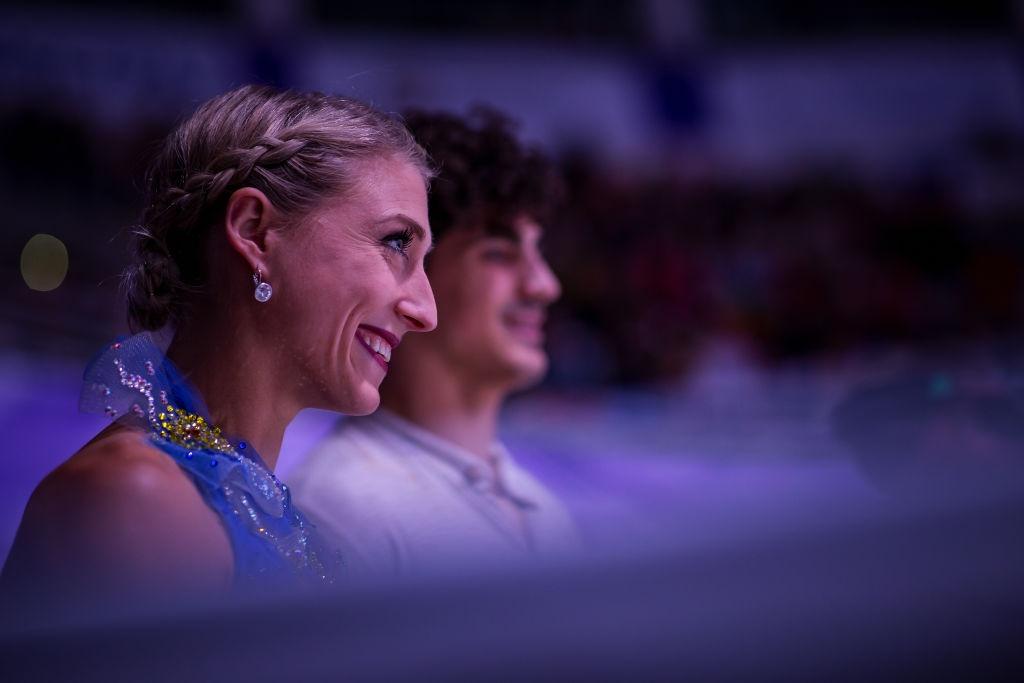 My mom was my biggest fan. She had so many other skating children as well, she was the ultimate skating fan. Our goal as a whole family was for someone to make it to the Olympics and every day I went into the rink and I just took that step forward. I can't say it was easy. I had my wonderful partner Paul (Poirier) and my coaches (Carol and Jon Lane, Juris Razguliaevs) stand behind me every day and other family members who had seen the worst of me. But they also knew I had a lot of strength to keep moving forward. My mom knew I had a lot of strength. Sure enough I did, but honestly, I had to be courageous, I had to be vulnerable, I had to own my emotions each day. If I was sad I had to take my energy into the rink and be sad, but I still had to skate.

I would say I was extremely depressed. Low, because you just don't know how to pick yourself back up again. I had to look around at the people. You're just as strong as the people around you. They gave me the courage to keep moving forward each day and my mom gave me the courage.

My mother was the biggest inspiration in my life. She was full of energy and emotion. She was extremely creative just like I am. I had to kind of find it in myself, but I'm very similar to my mom. I need to keep moving and sharing her life and living for her.

A competition didn't go so well in Russia the year of the Games and we happened to turn on the TV and my program was on. And I turned and asked her a question. It was just a simple question like 'mom, did you like it'? And she turned to me and said 'no'. So again, having your biggest fan tell you she doesn't like the program that you are competing is pretty tough to swallow. 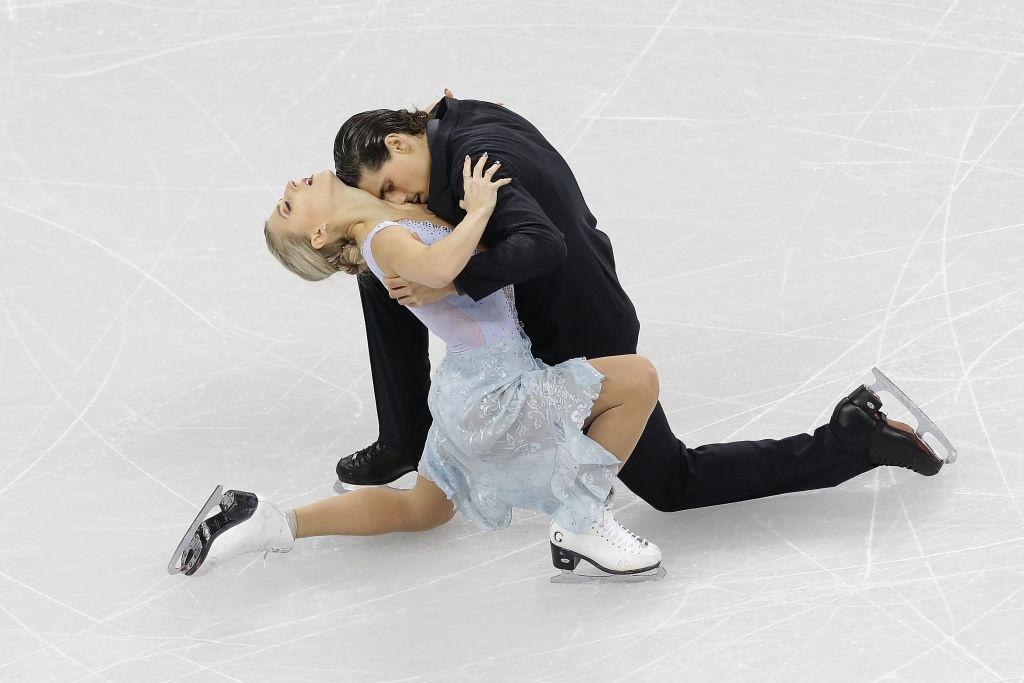 At that time she lost her words. Her emotions really were showing on her eyes and for her to actually speak and tell me no, we knew something was not right. Sure enough, we took her advice, and a few other judges' advice as well, of course, and we changed the program. We took a leap of faith and created something completely new and went to the Olympic Games and skated completely lights out, like the best we could have ever done for us at the moment. 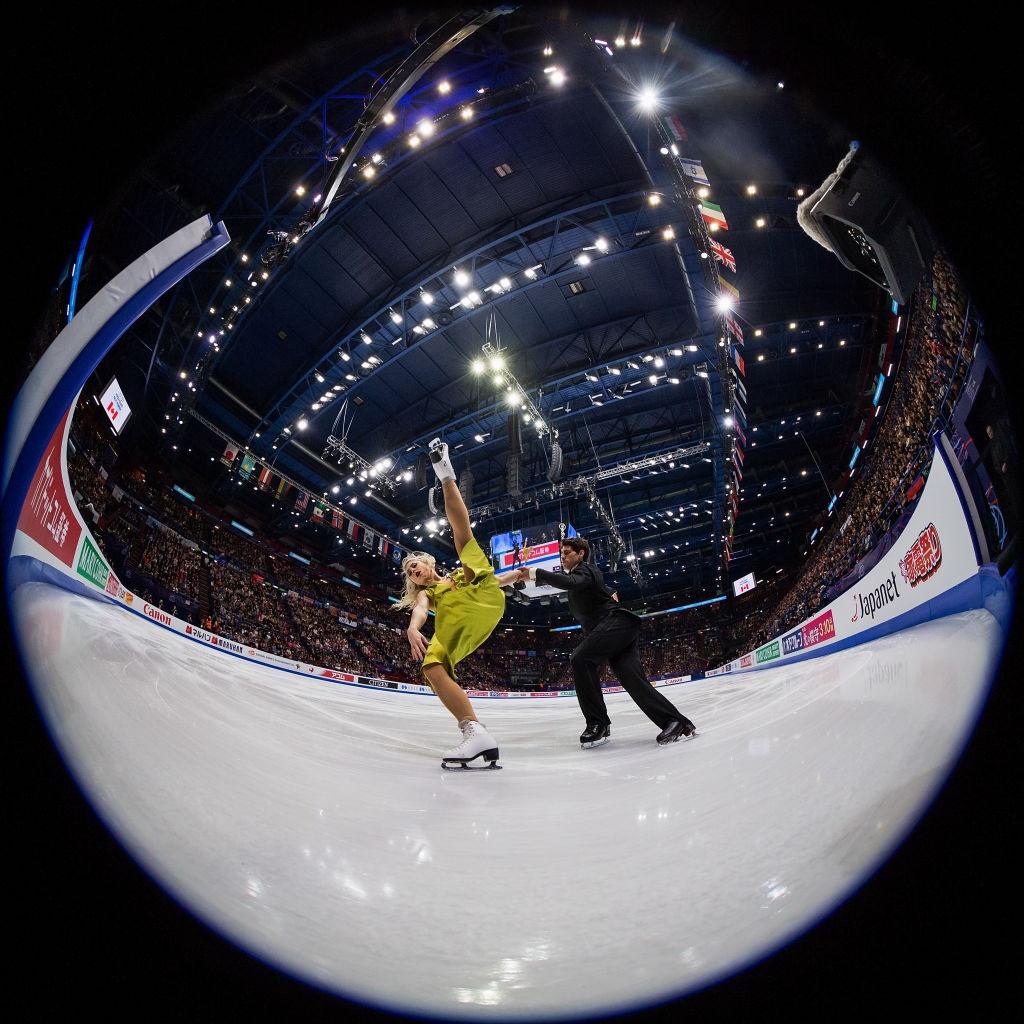 We found the courage, but my mom found the courage to speak to say 'no, I don't like this'. We always have to find something to encourage us and she encouraged me every day. Despite her struggle, she still supported my skating. It was a huge goal of hers to have a child represent Canada in the Winter Games and she was determined to see that happen. I continued to train and compete, flying home as often as possible over the next year. Mom fought all the way through to the Olympics and even clapped while watching me from home.

She did pass away and I miss her every day, but losing her has taught me that every day is valuable. Every time you see your friend or family, every time I take the ice it's a blessing. I skate today in her honor and I find the courage to get up again and keep moving forward, because that's what we do, us humans. We have to keep moving forward and inspire others. 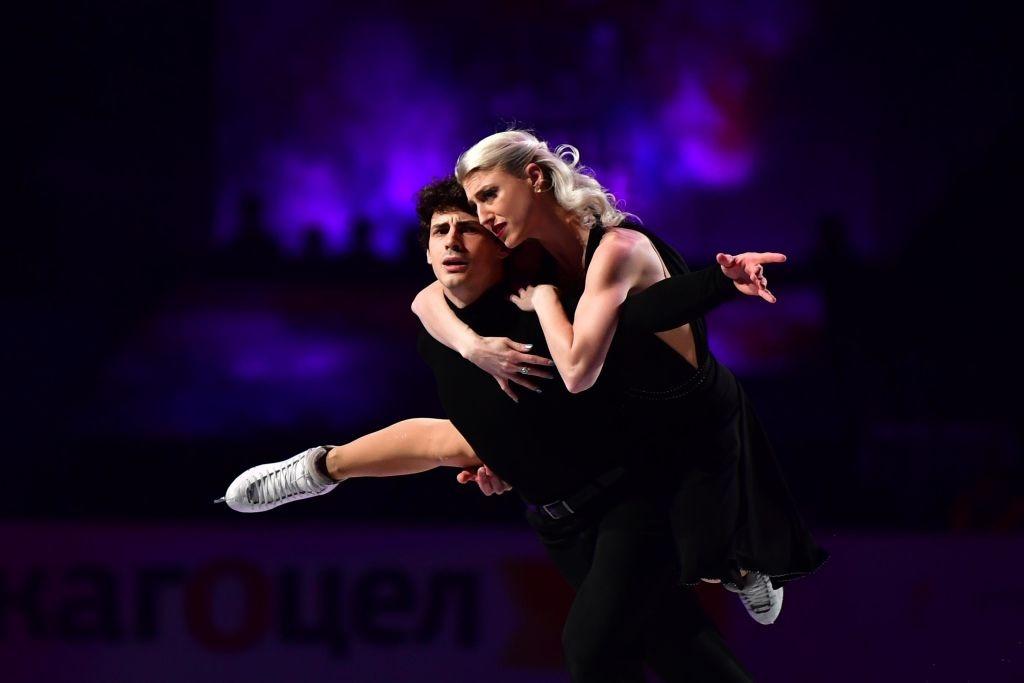 If I can share my story and inspire someone else who is struggling with something, if I can help them to get through that's almost like a job well done. We're all here on this planet to help each other and keep moving forward and getting up again.

Every time I take the ice now, I get up, I show who I am, I inspire myself sometimes. Sometimes we just have to get up again, and smile and say 'life is OK'. If I would go back and talk to myself I would tell myself to be kind to me, be kind, don't beat yourself up. We're thrown challenges in life and that's just what makes us who we are. Just take a deep breath. The answer will come to you. Say thank you to the people around you, be kind to yourself and love you.

You just know your moment will come, your time to shine will come. Your best self is yet to come and don't be afraid to get up again, because you'll get up again on the podium in front of friends and family and that moment will come at Skate Canada International of 2019 and hopefully a medal on the world podium in 2020.” 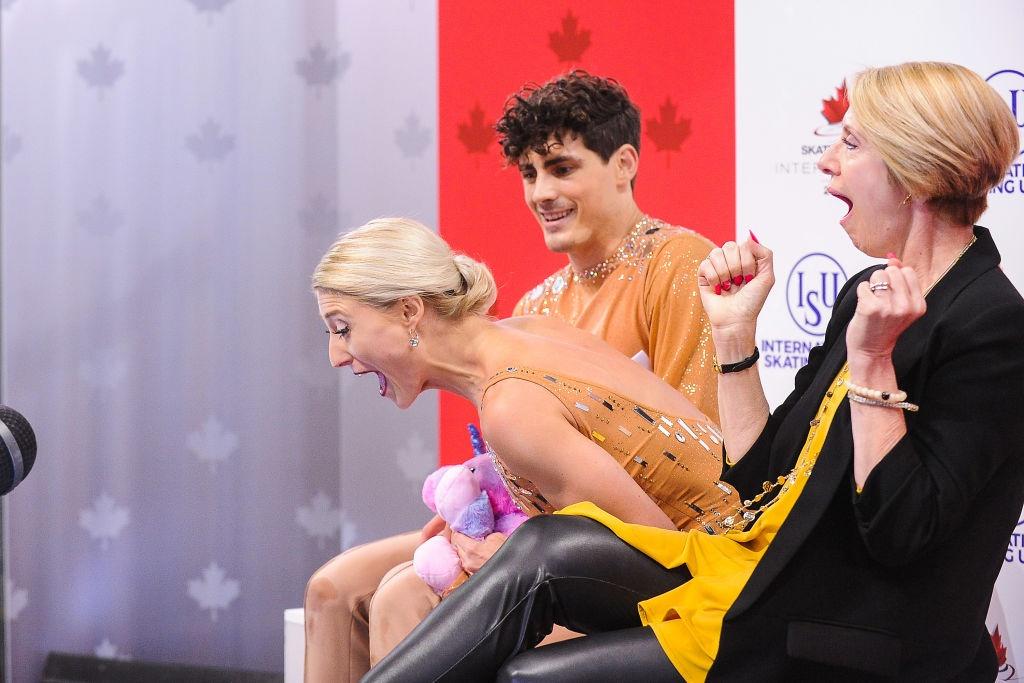 Bonnie Gilles suffered from glioblastoma and passed away on May 27, 2018. Piper is now a national spokesperson of the Brain Tumour Foundation of Canada.

Pedersen hopes to get #UpAgain in Hamar