Bradie Tennell (USA) never wants to be the same

When Bradie Tennell (USA) reclaimed her National title this January, it was more than an early birthday present for the skater, who turned 23 on January 31. “Winning my title back means everything to me. It's an amazing feeling. I've wanted to win again obviously since I won in 2018 and now having known what it is like to lose the title and now regain it gives me a real appreciation for it. Also, I'm a bit older now and more experienced. I feel like I appreciate it more the second time around,” she said.

The 2017/18 Olympic season was a major breakthrough for Tennell, who had finished only 9th at the National Championships in 2017. During that season, she not only struck gold at the U.S. Championships, but also won her first ISU Grand Prix of Figure Skating medal in what was her debut at Skate America, made the top ten at the Olympic Winter Games, won Olympic bronze with the team and finished a respectable sixth in her debut at the ISU World Figure Skating Championships 2018.

Since then, the American has established herself as an international top skater, collecting medals in the ISU Grand Prix, qualifying for the ISU Grand Prix of Figure Skating Final in 2019/20 and claiming bronze at the ISU Four Continents Figure Skating Championships 2020. However, at home she was surpassed by youngster Alysa Liu who took the National crown from her in 2019 and 2020 but was not age-eligible for ISU senior-level events.

Now Tennell scored a runaway victory at the U.S. Championships, looking very strong although this has been a season full of changes and challenges for her not only because of the Covid-19 pandemic. “I felt really prepared and very ready. I was very calm throughout this whole process even though Tom (Zakrajsek, coach) wasn't here and we're in this bubble,” Bradie shared. “Normally Nationals is kind of a place where you get to see some family again and nobody is here. It's very different, but I was able to trust my training a lot. I think that's really what got me through all of it, because I knew deep down that I'm prepared the best that I could and I was truly ready for this competition.” The National Championship in mid-January was only the second “live” competition for Tennell, who placed second at the ISU Grand Prix Guaranteed Rate Skate America last October and she felt the experience to compete in Las Vegas in the bubble and without a live audience helped her to prepare. 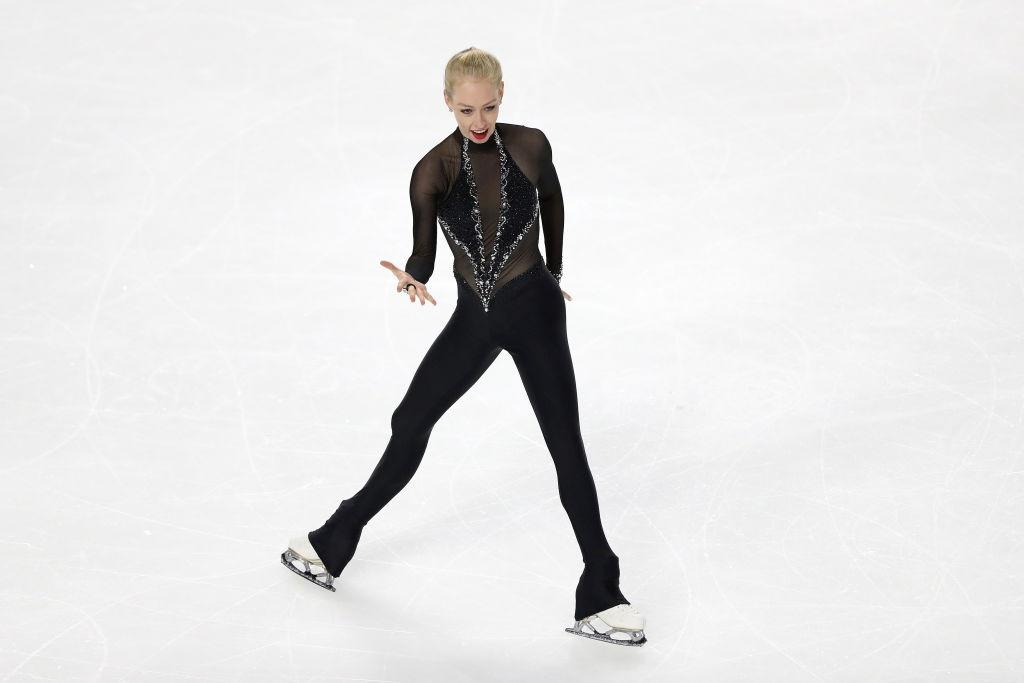 The skater was able to deal well with the fact that her coach Tom Zakrajsek was unable to attend the competition due to a positive Covid-19 test. “It was a different experience for me, honestly,” she said. “I'm used to having my coach there all the time, but I felt very confident in myself. Tom prepared me very well. He was always just a phone call away. So if I needed anything, I just could call him up and ask him something. Whatever I needed he said he would be there for and he said he was here with me in spirit. I just felt very ready and very calm and I'm just so grateful that we had the opportunity to compete, because I know some of the other countries don't have that opportunity. I consider myself very lucky.” Zakrajsek communicated as well with his assistant coach Becky Calvin who was on site taking care of Bradie. 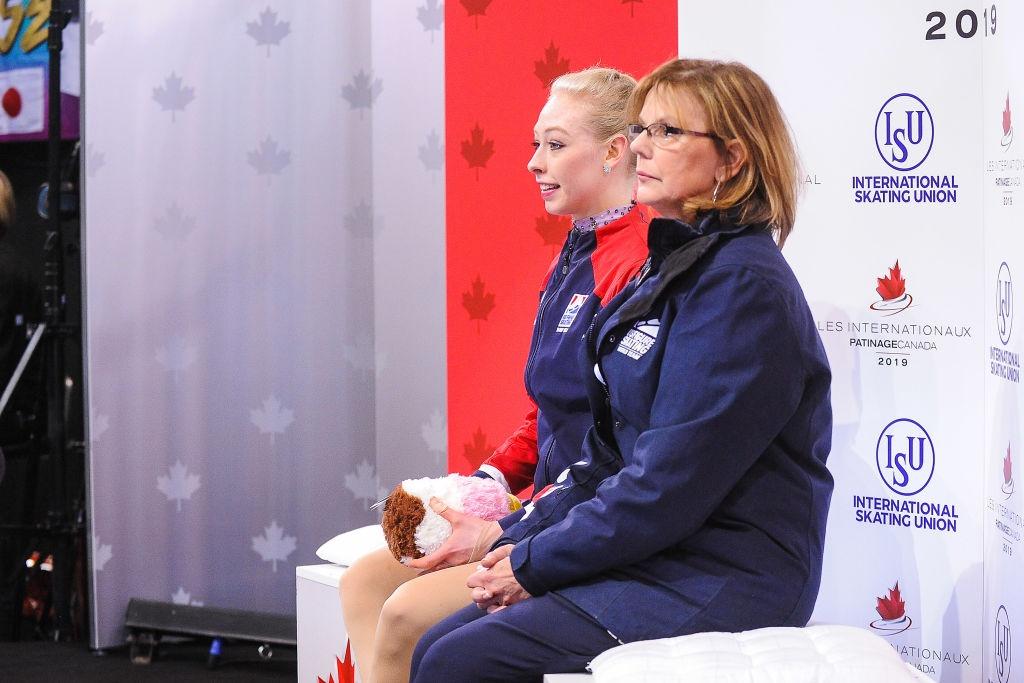 Tennell had switched to Zakrajsek only last spring, leaving her long-time coaches Denise Myers and Jeremy Allen and her training base in Buffalo Grove, Illinois. “I just felt a bit stuck where I was. I've been with my previous coaches for a very long time and I just felt like I needed to make a change for me. I felt like I needed more space to grow, honestly,” she shared. “I went to Tom originally for help with my jumps and then after a few days of working with him I just really enjoyed the way that he taught and I loved the atmosphere at the World Arena (in Colorado Springs, Colorado). It was a gut feeling. I felt it in my bones that that was where I was supposed to be.” 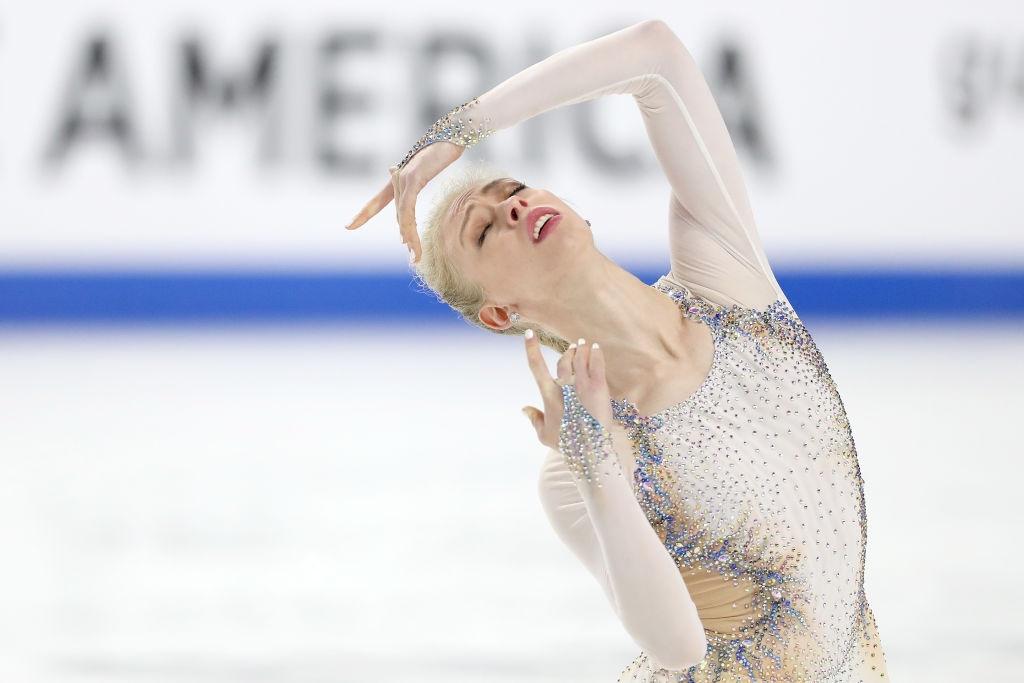 Bradie feels that her training has changed. “There are quite a few things that are different aside from the altitude,” she noted. “I'm just training smarter and I just really feel confident in the way that I am training. I really trust Tom and I trust his methods. We work very well together and we understand each other's ways very well. The relationship between a coach and an athlete is really a collaboration and I think we have a very good rapport with each other. If he wants me to try something that maybe I'm not used to, I trust him enough to do what he asks of me, because I know it only will make me better in the long run.”

Tennell hopes to learn the triple Axel that still not many women are performing in competition. Zakrajsek’s former student Mirai Nagasu (USA) for example learned that jump with him. “That is something that I'm working on. I feel confident in my abilities that someday I will be able to achieve it. Of course, it took a back seat during preparation for Nationals,” she said and added that she would like to resume training the triple Axel soon.

The two-time U.S. Champion feels happy and at home in Colorado Springs now. “I really like it, it's been really great for me, honestly. It was a very good change that I made and I'm so grateful for all of this support that I've received that has enabled me to make that change. I moved across the country in the middle of the pandemic. So I really couldn't have done it without the support of my family,” she shared.

Tennell has changed her coach, but not her choreographer and continues working with Frenchman Benoît Richaud, who choreographed her Short Program to “Moderation” by Florence and the Machine and her Free Skating to “Sarajevo” by Max Richter and “Dawn of Faith” by Eternal Eclipse.

“Benoît and I decided to change both the programs even though the season was going to be different,” she explained. “While I loved my programs from last year, I wanted the opportunity to explore a new style, especially in the Free Program and give myself room to grow. I never want to stay the same, I always want to be improving and I felt I only could do that with two new programs. 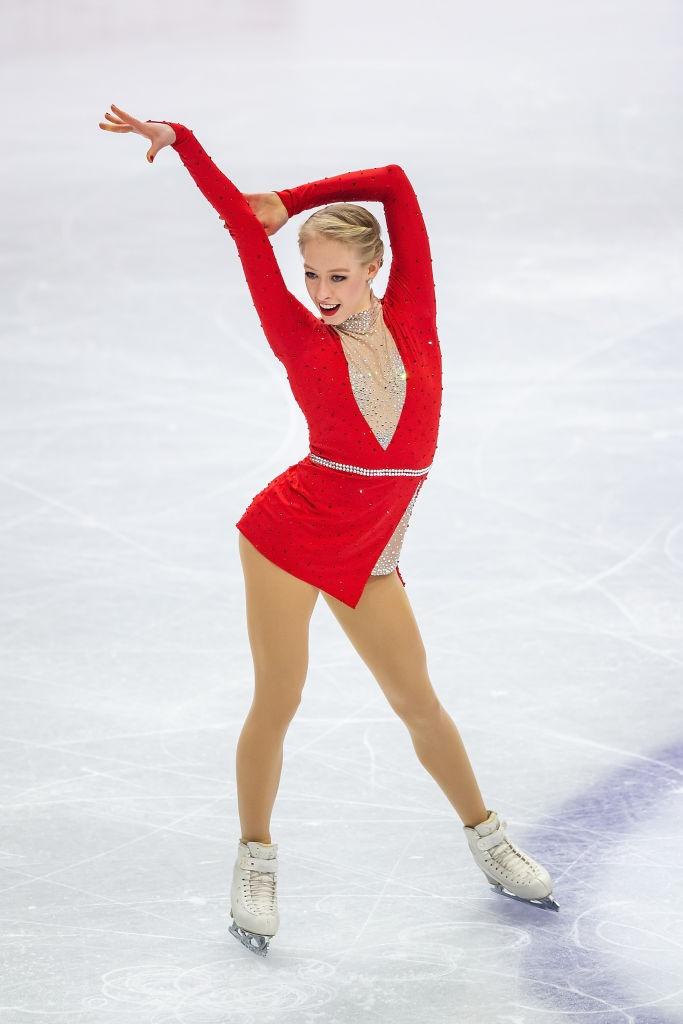 Bradie noted that there is no real “storyline” for the programs but they have an overall theme that she wants to bring across. “The theme in the short is obviously very fun, flirty and sassy. The long program starts out a bit morose, very anguished actually and then as it builds it gets more powerful. I really just wanted to show the strength of that and to show that you start a program with full energy and of course as you go through the program your energy dwindles but the energy of the program itself builds and that's been a very fun challenge for me to incorporate this season. You're tired at the end of the program but that's when the music is the most powerful.”

Due to the travel restrictions, the athlete had to work online with her choreographer who is based in France. “At the beginning, it was a pretty big challenge for me, honestly, because sometimes his choreography can be hard for me to pick up on right away. Having to do it virtually, while he's on the floor and I'm on the floor or he's on the floor and I'm on the ice was pretty challenging at first,” Bradie admitted. “But the more we did it, the more I got used to it. Now I almost can't even imagine not having it. I've gotten very used to having a Zoom lesson with him. I'm of course very excited to see him again when we are able, but until then I'm thankful for Zoom.”

Obviously, the pandemic has affected Tennell’s life off the ice as well. “I think it's really given me a much greater appreciation for the everyday little things that we usually take for granted like going and sitting in a coffee shop or going shopping with a friend,” she shared. “When we were all in quarantine and we can't see each other I really found a new appreciation for those little things. I didn't realize how essential they are to everyday life. There were times when I was like 'oh, I just go to Starbucks and sit in Starbucks and catch up on some paperwork or something and then I'm like 'wait a minute, you can't sit inside Starbucks'. It was mind blowing for me at first and I was like 'oh my gosh, I didn't even realize how much of this I took for granted. It was just life before but now it's almost like a privilege. So it's given me a much better appreciation for everything in life.” Bradie tries to stay home as much as possible. “Just because I'm very conscious and I don't want to be sick. I feel like I have to do my part to help society kind of heal.”

A Week in the Life of Valtter Virtanen (FIN), competitive Figure Skater and medical doctor