The 2019 World silver medalists Victoria Sinitsina/Nikita Katsalapov (FSR) danced off with their first World title as competition wrapped up at the ISU World Figure Skating Championships 2021 in Stockholm (SWE) on Saturday. The USA’s Madison Hubbell/Zachary Donohue earned the silver, their third consecutive World medal, while Canadians Piper Gilles/Paul Poirier moved up from fourth place to capture the bronze.

Sinitsina/Katsalapov put out an emotional performance to “Songs My Mother Taught Me”, producing difficult footwork and twizzles as well as impressive lifts. The 2020 European Champions collected a level four for the twizzles, lifts and the spin while the serpentine step sequence was rated a level three and the one foot step sequence a level three for her and a level four for him. Together they set a new personal best with 133.02 points and totaled 221.17 points. 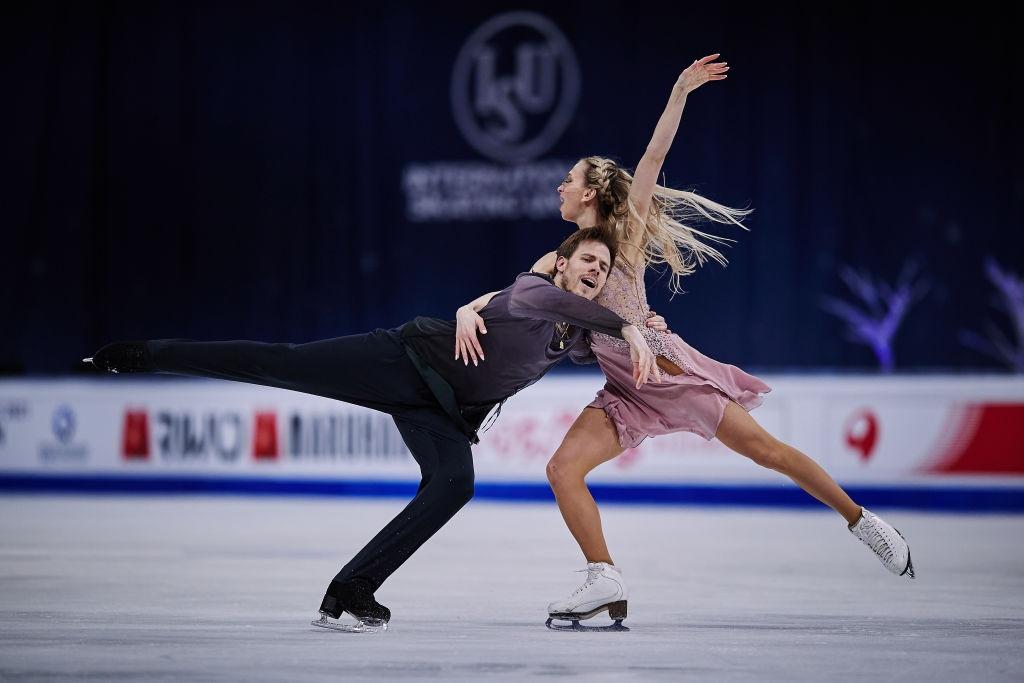 “I have no words to describe this feeling. If I had the emotions - I left them on the ice - I would still be screaming. This is cool! I am very proud of my partner Vika, she is a real fighter. She deserves this and I am here next to her”, Katsalapov said. “We get more experienced with every competition. It is not like we fly to the heaven and cannot come down, we start to work twice as hard, because we know we can do even better,” he continued.

“This is a very unique World Championships and the emotions are overwhelming. I had my eyes wet before the performance and they are still wet after”, Sinitsina added. 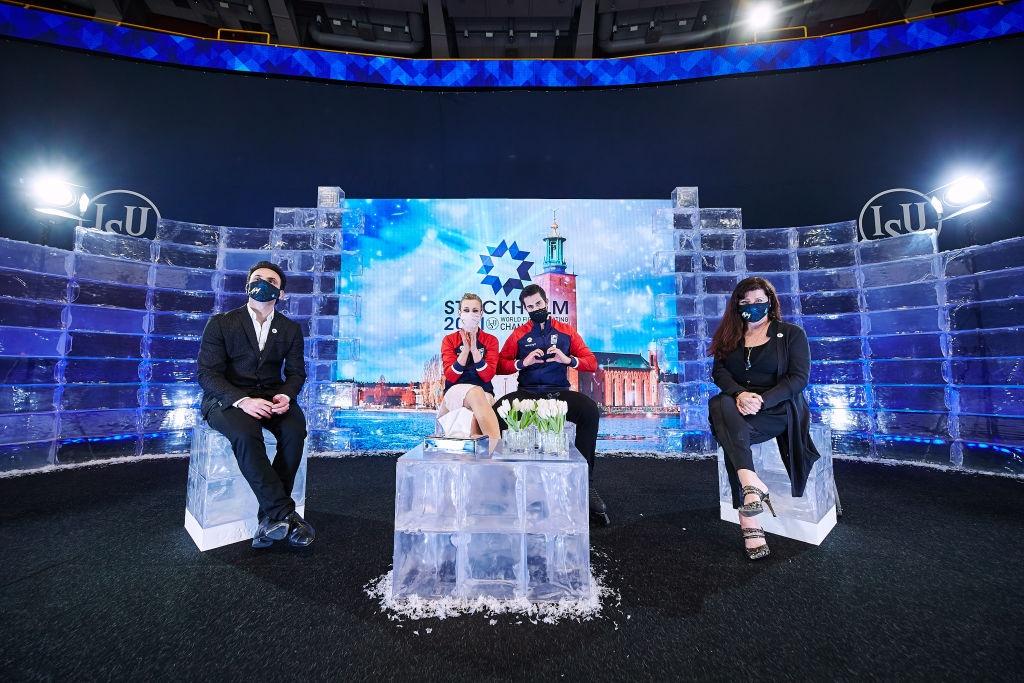 Dancing to “Hallelujah”, Hubbell/Donohue looked confident and smooth throughout, picking up a level four for the twizzles, lifts and spins. However, the circular step sequence garnered a level two and the U.S. Champions were ranked third in the Free Dance with 128.66 points. That was enough to stay second overall with 214.71 points.

It is the third consecutive Worlds medal for the U.S. Champions ©International Skating Union (ISU)

“We’re feeling a strange mixture of emotions right now. There’s relief that this competition is over and proud of how we handled this week and the stress of international competition after a year and our performance today felt really present and intentional. It’s really a joy to skate together when it’s like that,” Hubbell noted. “But there’s also that bit of dissatisfaction at not bringing home the gold medal so right now I’m a little bit numb. In a few minutes I’m sure I’ll be bouncing off the walls excited.” 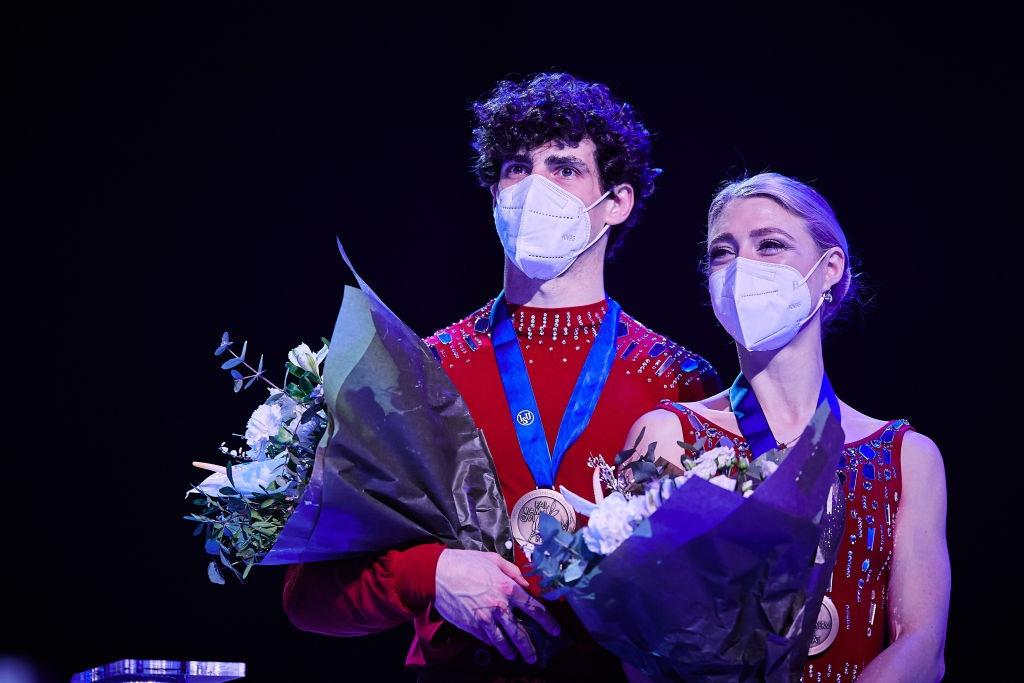 Gilles/Poirier delivered another beautiful performance to “Both Sides Now” that was highlighted by their lifts and fast twizzles. The 2020 Four Continents silver medalists earned a level four for four elements and posted a personal best score of 130.98 points. They were ranked second in the Free Dance segment and accumulated 214.35 points to move up one spot and claim their first World medal. 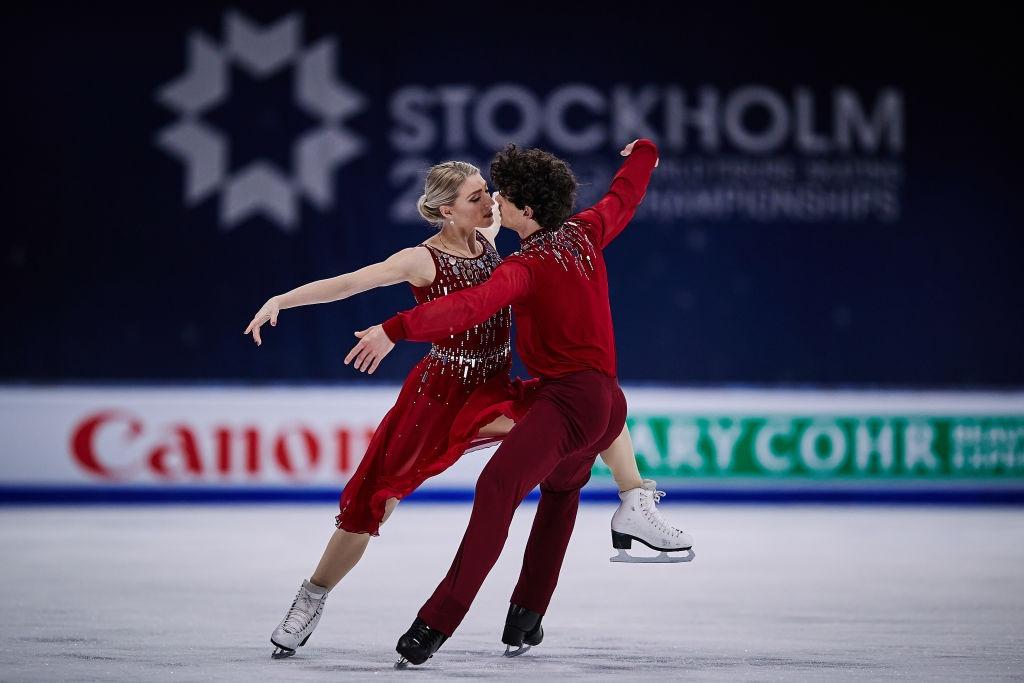 “I'm at a loss for words. This is our eighth World Championships together. We were kind of stuck between sixth and eight for a very long time - essentially since 2014. Just the pent-up frustration of so many years and being able to accomplish this feels like such a nice release”, Poirier shared.

“I'm so proud that we pushed through and we didn't let the uncertainty of everything get in the way. I think we've been thriving off the uncertainty because we know the ability that we have. We just loved our performance and it came out on the ice today and we're just absolutely thrilled”, Gilles added.

Madison Chock/Evan Bates (USA) delivered a strong performance of their “Egyptian Snake Dance” as well, but nevertheless slipped from third to fourth at 212.69 points.

Alexandra Stepanova/Ivan Bukin (FSR) finished fifth with their dance to “Cry Me a River” on 208.77 points while Charlene Guignard/Marco Fabbri (ITA) came sixth (205.20).