Yuri Confortola (ITA) delivered a moment of high drama with a stunning surprise on the opening day of Men’s Finals at the ISU World Cup Short Track Speed Skating session in Nagoya. The 35-year-old skater pulled off an impressive coup at the Nippon Gaishi Arena on Saturday to stun the field and secure his first-ever gold medal in an individual World Cup event. 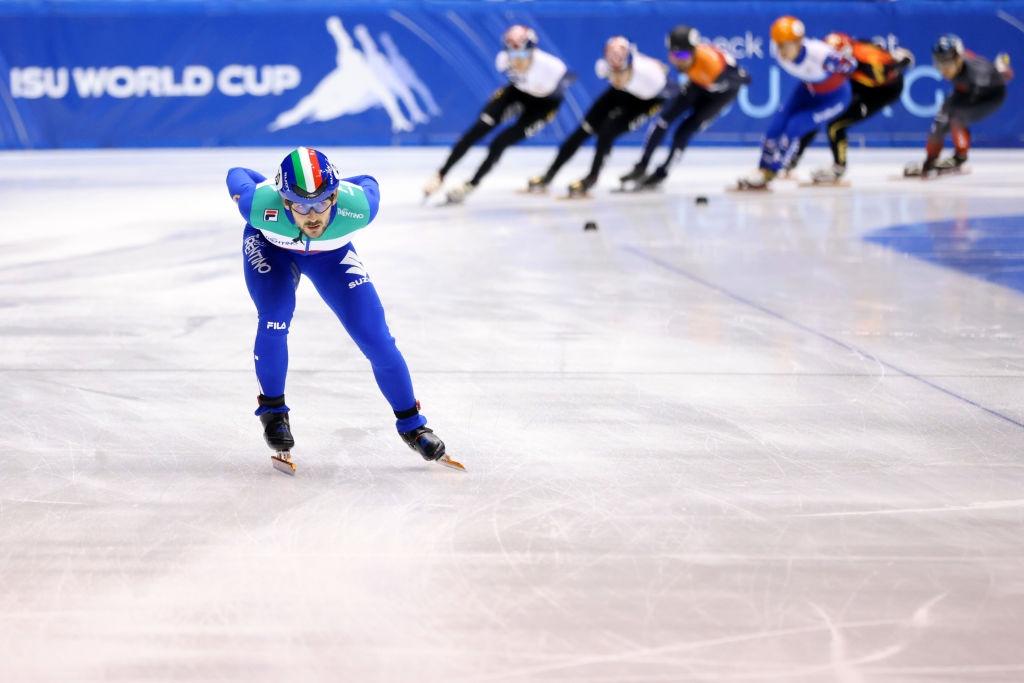 He outfoxed a stacked field of skating superpowers - including Semen Elistratov (RUS), Hwang Daeheon (KOR) and Sjinkie Knegt (NED) – by storming to a blistering start to put his rivals on a lap.

Behind him, none of the skaters reacted, showing no inclination to close the gap. It allowed Confortola to speed to glory, before Daeheon held off Sun Long (CHN) for silver. 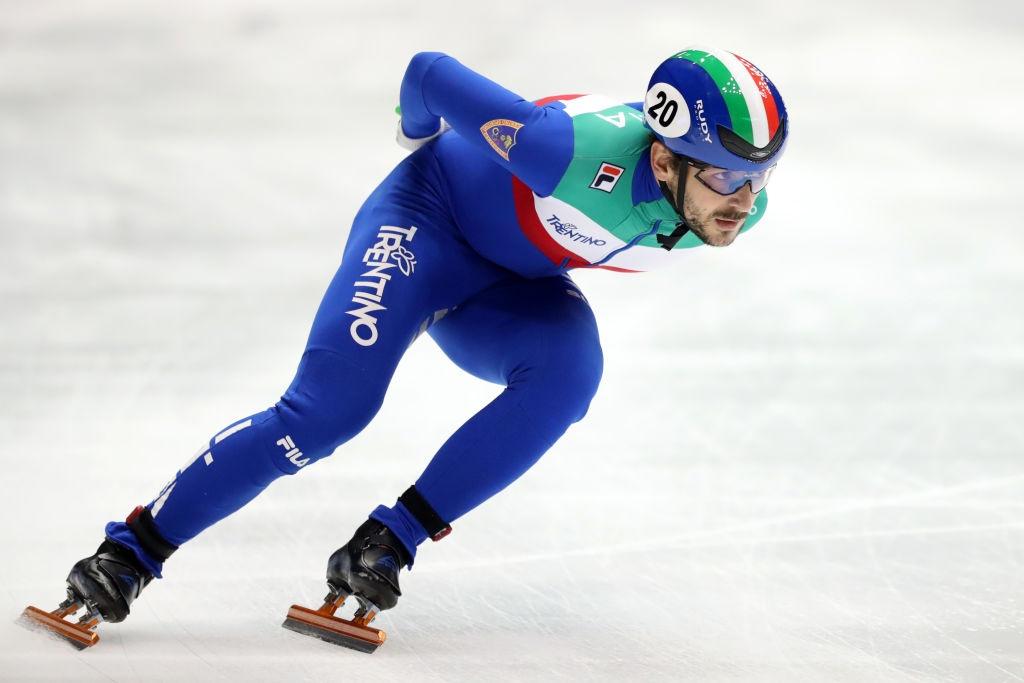 “I talked with my coach before the race about this, but it was my idea [to go early]. I tried to take a lap and if someone was to catch up that would also have been good, as it would have meant that the race was fast and that suits my qualities,” Confortola said.

“But then I see the group all together, skating slowly, so I knew I had to finish the race and I did. I feel so happy, as this is my first gold medal. It’s crazy, because I’m old.

“Maybe I need to continue until Milano Cortina [2026 Winter Olympic Games],” he said jokingly. “I skate because I want to have fun on the ice. Today was a funny race.” 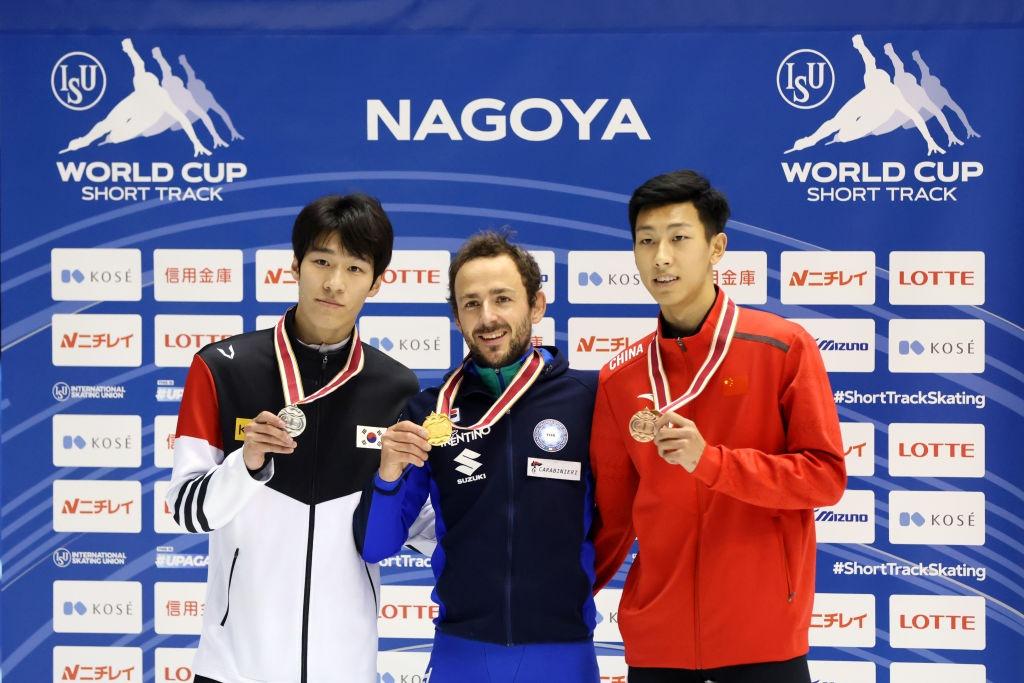 Elistratov only just missed out on the podium after he won gold in this event last week. He was nevertheless elated for Confortola: “I’m very happy for him. He’s a great friend of mine. I noticed the situation, but all guys decided to wait, that’s also Short Track. Yuri is the champion today.”

In the Men’s 500m Final, Steven Dubois (CAN) went out hard but faded as the race progressed and was later penalized for causing contact, as he tried to pass from the outside with only one and a half laps to go, bringing down Denis Nikisha (KAZ). 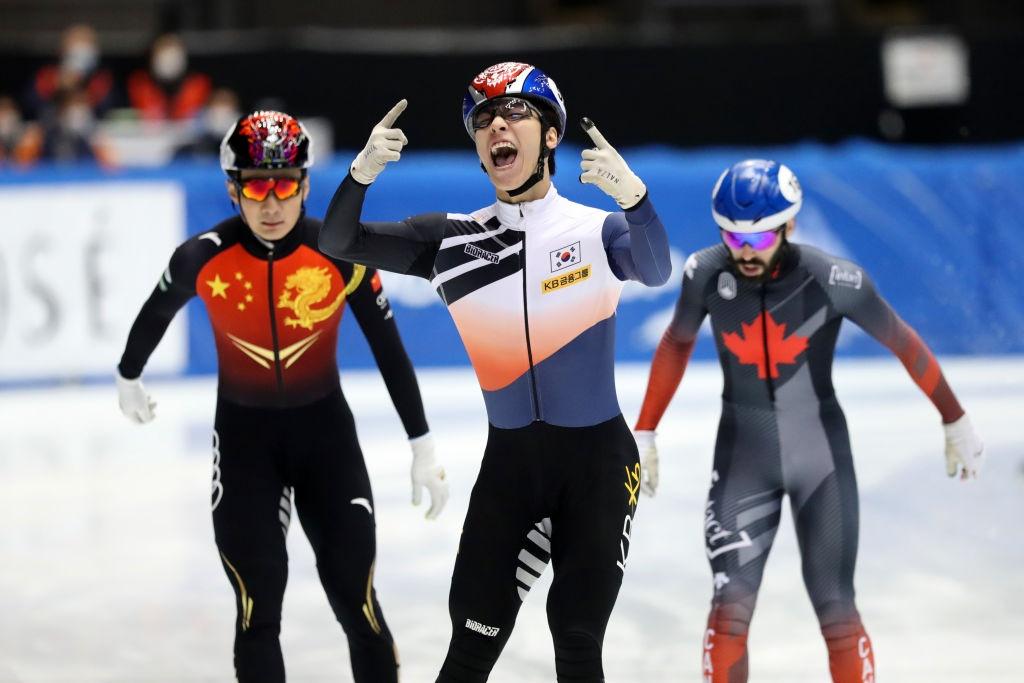 Daeheon timed his run to the front perfectly, however, moments before Dubois made contact with Nikisha. He saw off Ren Ziwei (CHN) down the final stretch, with Nikisha claiming a bronze medal following a jury decision to relegate Dubois to fourth place.

“I’m very proud to win this medal after my performance earlier today. The ice was feeling pretty heavy, so to get this result is great,” Daeheon said, moving one step closer to qualifying for the Beijing 2022 Winter Olympic Games. “I can’t wait to demonstrate my form at the Games.” 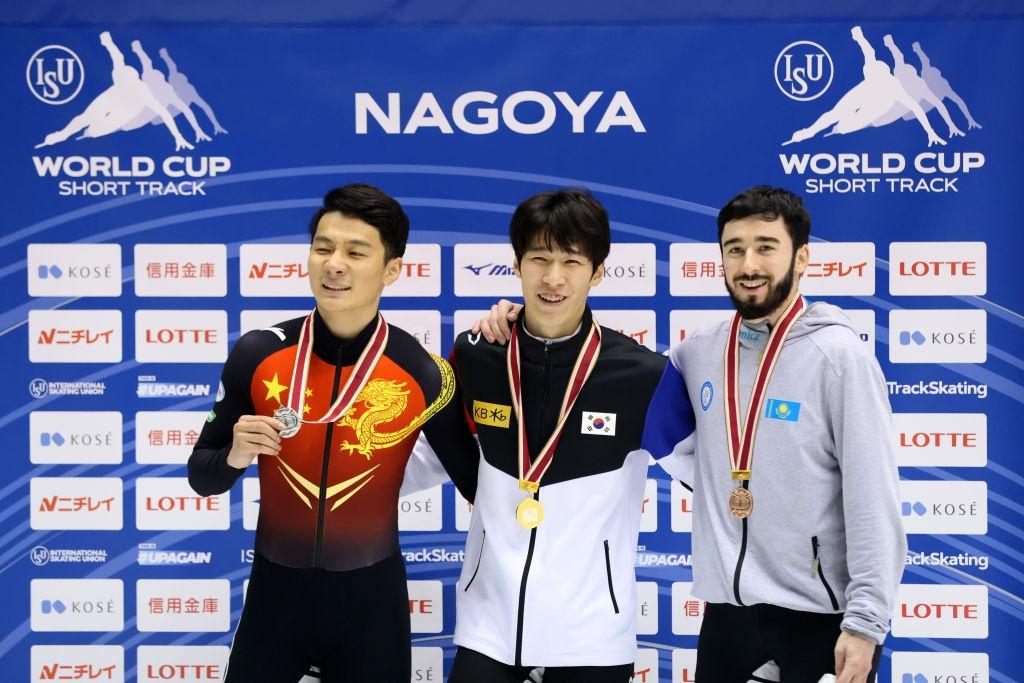 Bronze medallist Nikisha said: “I’m just as happy with this medal [after he also won bronze in the first World Cup session of the season]. Now my goal is to win a gold medal in the coming events. I want to thank my country and my fans for the support they have been giving me - it feels amazing.”